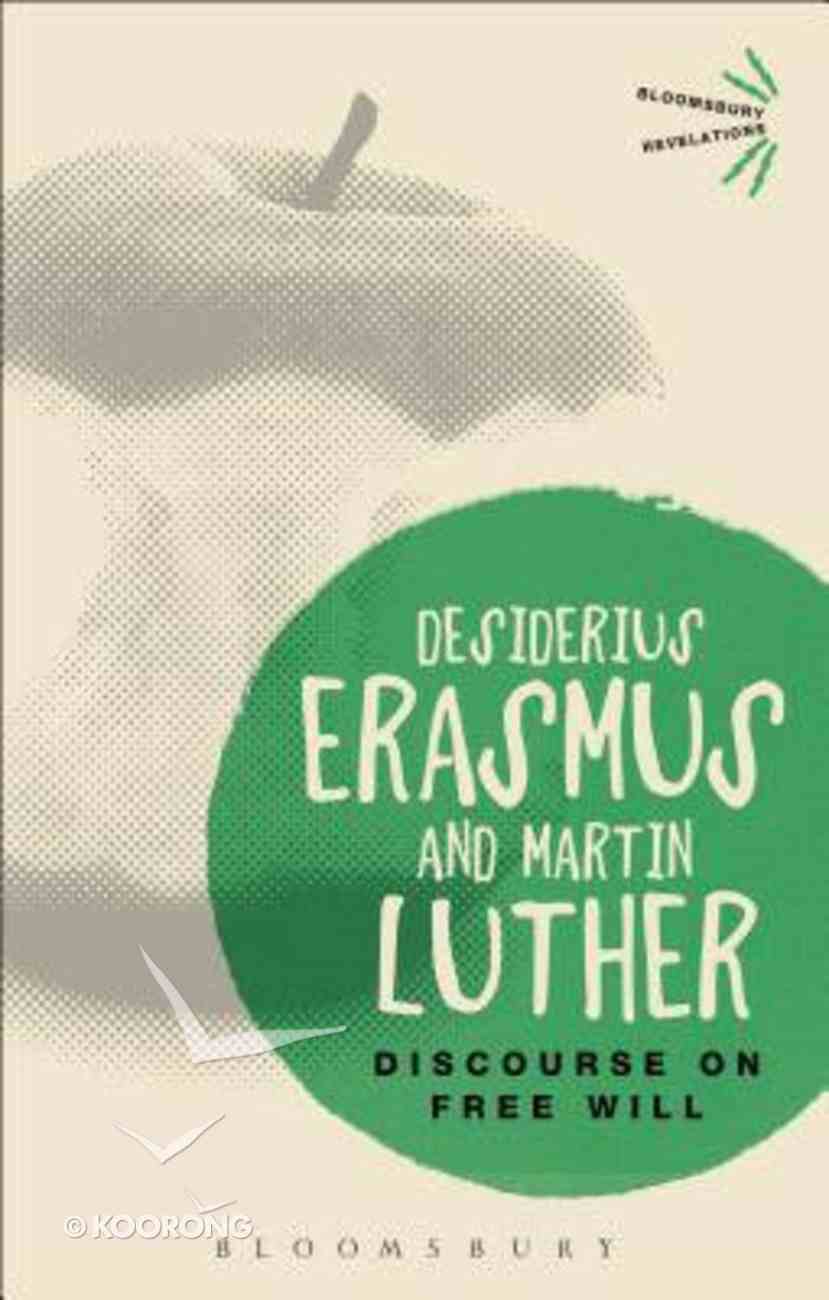 Erasmus & Luther: Discourse on Free Will

Desiderius Eramsus (1466/9-1536) was the most renowned scholar of his age, a celebrated humanist and Classicist, and the first teacher of Greek at Cambridge. An influential figure in the Protestant Reformation, though without ever breaking from the Church himself, he...

Desiderius Eramsus (1466/9-1536) was the most renowned scholar of his age, a celebrated humanist and Classicist, and the first teacher of Greek at Cambridge. An influential figure in the Protestant Reformation, though without ever breaking from the Church himself, he satirised both human folly and the corruption of the Church. Martin Luther (1483-1546) was the founder of the German Reformation. His 95 Theses became a manifesto for reform of the Catholic Church and led to his being tried for heresy. He remained in Germany, Professor of Biblical Exegesis at the University of Wittenburg, until his death, publishing a large number of works, including three major treatises and a translation of the New Testament into German. Comprising Erasmus's "The Free Will" and Luther's "The Bondage of the Will", Discourse on Free Will is a landmark text in the history of Protestantism. Encapsulating the perspective on free will of two of the most important figures in the history of Christianity, it remains to this day a powerful, thought-provoking and timely work.

Desiderius Erasmus was born, probably in 1469, in Rotterdam, Holland. He studied in Paris, traveled in England, Germany, and Italy, and wrote in Latin. Living at the time of the Renaissance when most intellectual concepts were being examined, Erasmus was a great admirer of the ancient writers and edited many of their works. Erasmus remained a Roman Catholic, but believed that many of the priests and theologians had distorted the simple teachings of Jesus. He published an edition of the New Testament-the first edition in the original Greek-in order to make clear the essential teachings of Christianity. Erasmus liked above all things clear and honest thinking; he despised intolerance and persecution. He was the greatest of the humanists because his books, more effectively than any others, propagated a humane philosophy of life, teaching that one's chief duties are to be intelligent, open-minded, and charitable. The most famous and the most influential of Erasumus' books were The Praise of Folly (1509) and Colloquies (1518). These works, written in lively, colloquial, and witty Latin, expressed his ideas on the manners and customs of his time. Erasmus exerted a powerful influence not only through his books, but also through the private letters that he wrote to a great number of humanist scholars in all parts of Western Europe. He carried on extensive correspondences with Thomas More of England. More than 1500 of his letters survive today. Erasmus died in Basel, Switzerland, on July 12, 1536.

The Bondage of the Will
Martin Luther
eBook