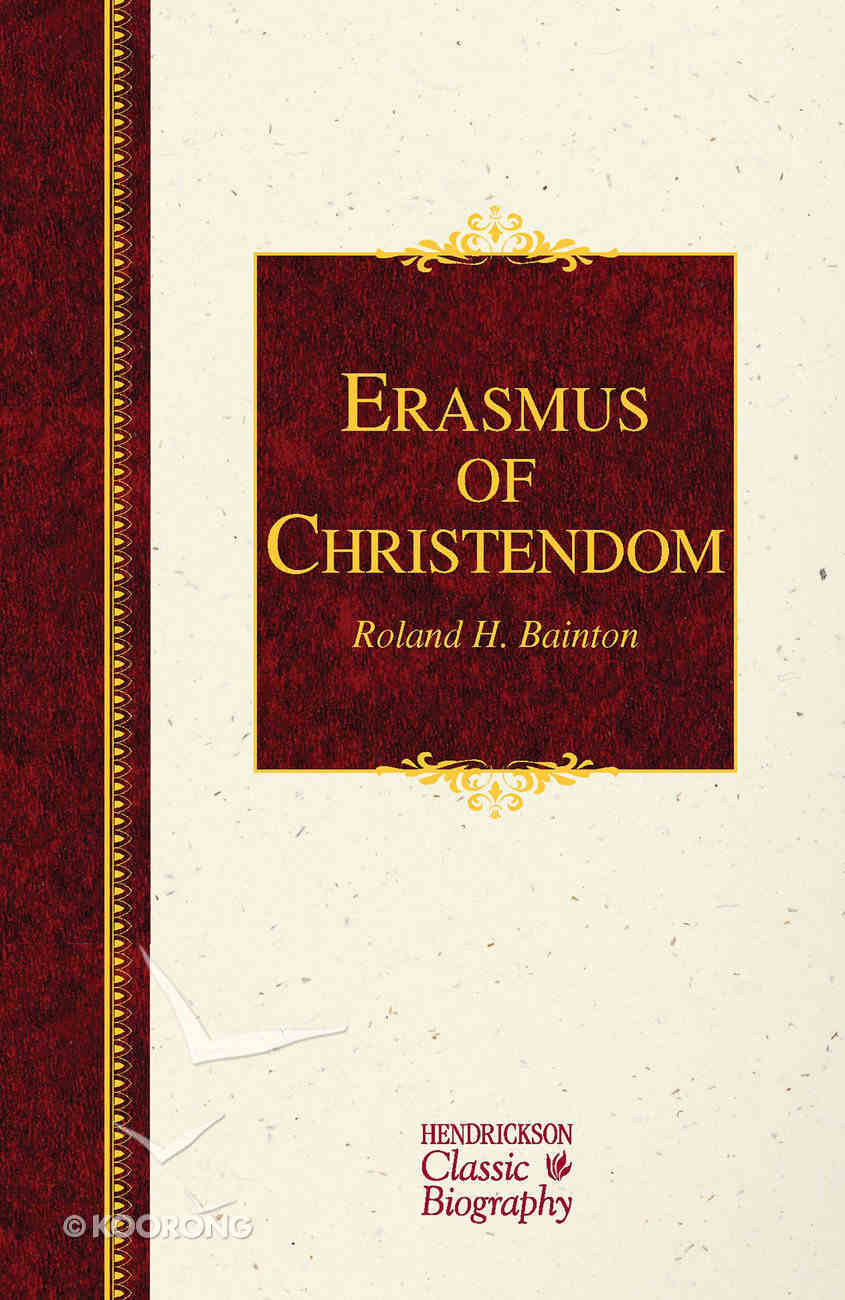 : <p>Born the illegitimate son of a priest, and plagued throughout life by illness and poverty, Erasmus of Rotterdam was sought everywhere for his wit and erudition. No man in Europe had so many friends in high places: a lifelong...

:
<p>Born the illegitimate son of a priest, and plagued throughout life by illness and poverty, Erasmus of Rotterdam was sought everywhere for his wit and erudition. No man in Europe had so many friends in high places: a lifelong cosmopolitan, he moved from country to country, lodging in palaces and in the households of public printers, a friend of Thomas More and Henry VIII and a correspondent of Luther and the pope.</p>

<p>A true man of letters, Erasmus wrote and translated tirelessly; arguing, teaching, campaigning for the purification of the church. He ridiculed worldly prelates, but deplored Reformers who broke from Rome. On all occasions he spoke for moderation in thought and action, for classical humanism and a Christianity of the inward spirit. Still, he lived to see many of his friends imprisoned, beheaded, or burned for their beliefs, and he himself was accused of heresy.</p>

<p>Through charming and frequently humorous glimpses of the people and scenes of Erasmus's life, Professor Bainton suggests the amplitude of his hero's nature. "An affectionate appreciation…" <i>Time Magazine</i> calls <i>Erasmus of Christendom</i>. "In Bainton's view, the current revolution in the church makes the Erasmian message even more pertinent-and perhaps more poignant-than ever before."</p>

<p><b>Hendrickson Classic Biographies</b> feature enduring stories about real people whose lives have been touched and transformed by God, and who in turn have touched others with God's love. Each story has been carefully selected, gently edited if necessary, and freshly typeset, making every account-be it ancient or contemporary-a compelling read. Great lives reaching across the ages to touch lives today, encouraging, challenging, and inspiring.</p>

A specialist in Reformation history, Roland H. Bainton was for forty-two years Titus Street Professor of ecclesiastical history at Yale, and he continued his writing well into his twenty years of retirement. Bainton wore his scholarship lightly and had a lively, readable style. His most popular book was Here I Stand: A Life of Martin Luther (1950)???which sold more than a million copies.