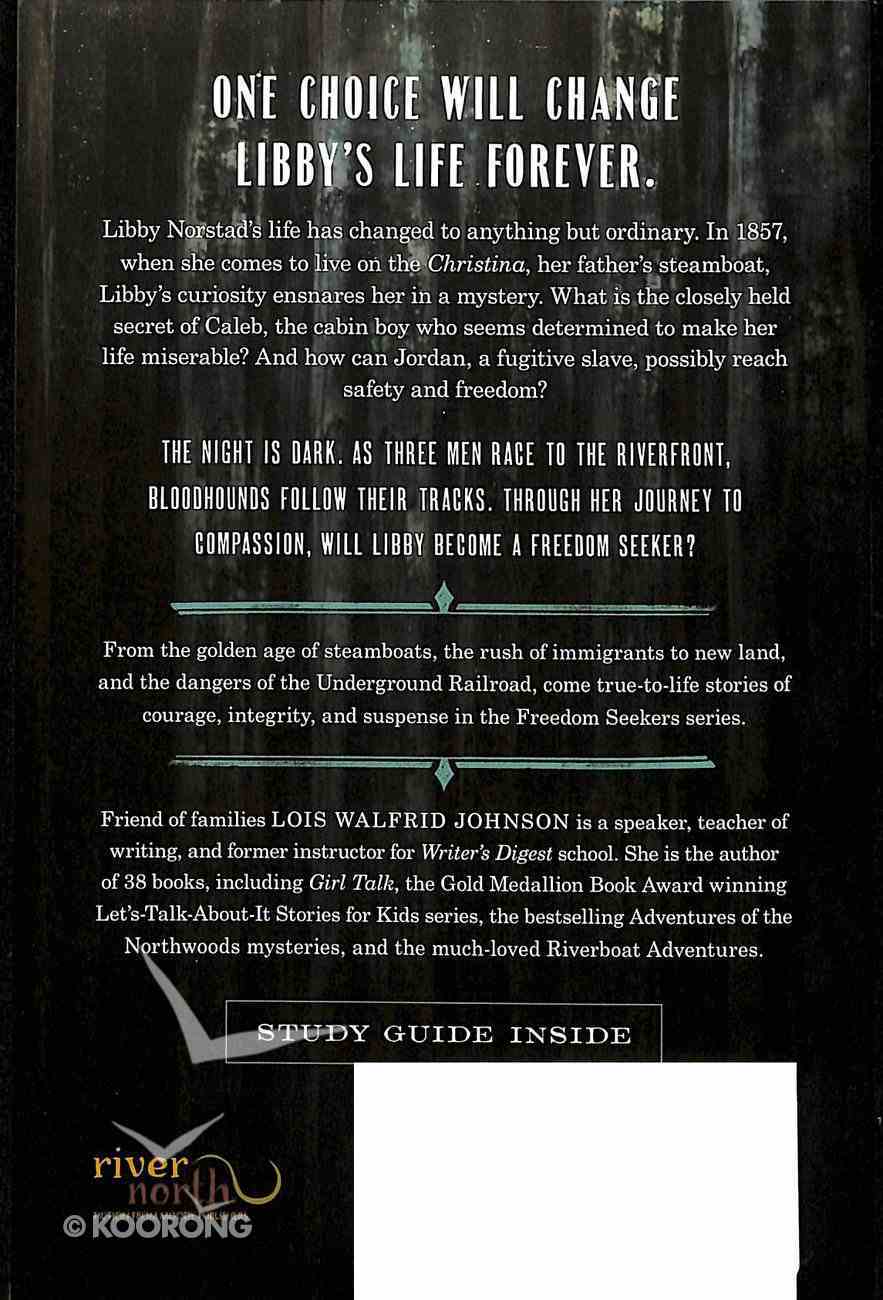 Escape Into the Night (#01 in Freedom Seekers Series)

Set in America just before the Civil War, this exciting series of novels follows the adventures of a group of young people as they risk their lives to help slaves escape to freedom on a Mississippi riverboat. Ages 8-12.

Set in America just before the Civil War, this exciting series of novels follows the adventures of a group of young people as they risk their lives to help slaves escape to freedom on a Mississippi riverboat. Ages 8-12.

"I want a never-give-up family," Libby Norstad tells her widowed father, captain of the steamboat Christina. "I want a family that believes in me, even when I'm not perfect. A family that sticks together, even though it's hard."

"We can be that family for each other," Pa promises. "And Caleb and the other people who work on the Christina will be our larger family."

But Libby has lived with a wealthy aunt since her mother died and discovers a different world. In 1857, when rivers were the highways of the time, Libby, her father, and their friends face life-and-death questions still crucial today: Who can I trust? What does it mean to put my faith in God? To live my belief in the freedoms sought in the Declaration of Independence? And how can I help others, even at great cost?

Soon Libby discovers the secret work of 14-year-old Caleb, a conductor in the Underground Railroad. Next, a fugitive slave named Jordan takes refuge on the Christina. Then another family, Emma and little Henry, pushes toward a choice. Will her journey to compassion help her become a Freedom Seeker?

From the golden age of steamboats, the rush of immigrants to new land, and the dangers of the Underground Railroad come true-to-life stories of courage, integrity, and suspense. In Escape into the Night, the first Freedom Seekers novel, as well as others in the 1857 series, Lois Walfrid Johnson uses strong historical interest to bring alive a critical time in American history.


The Freedom Seekers series is a six-novel middle-reader set in 1857. Feel the rush of immigrants to the new land, and the dangers of the Underground Railroad in these true-to-life Riverboat stories.The characters will receive a heart-warming response from readers of all ages.&Adult readers will ask themselves, "Would I have been one of those who helped runaway slaves?" Lois Walfrid Johnson uses strong historical research, great writing, and wonderful storytelling to bring alive a critical time in American history.