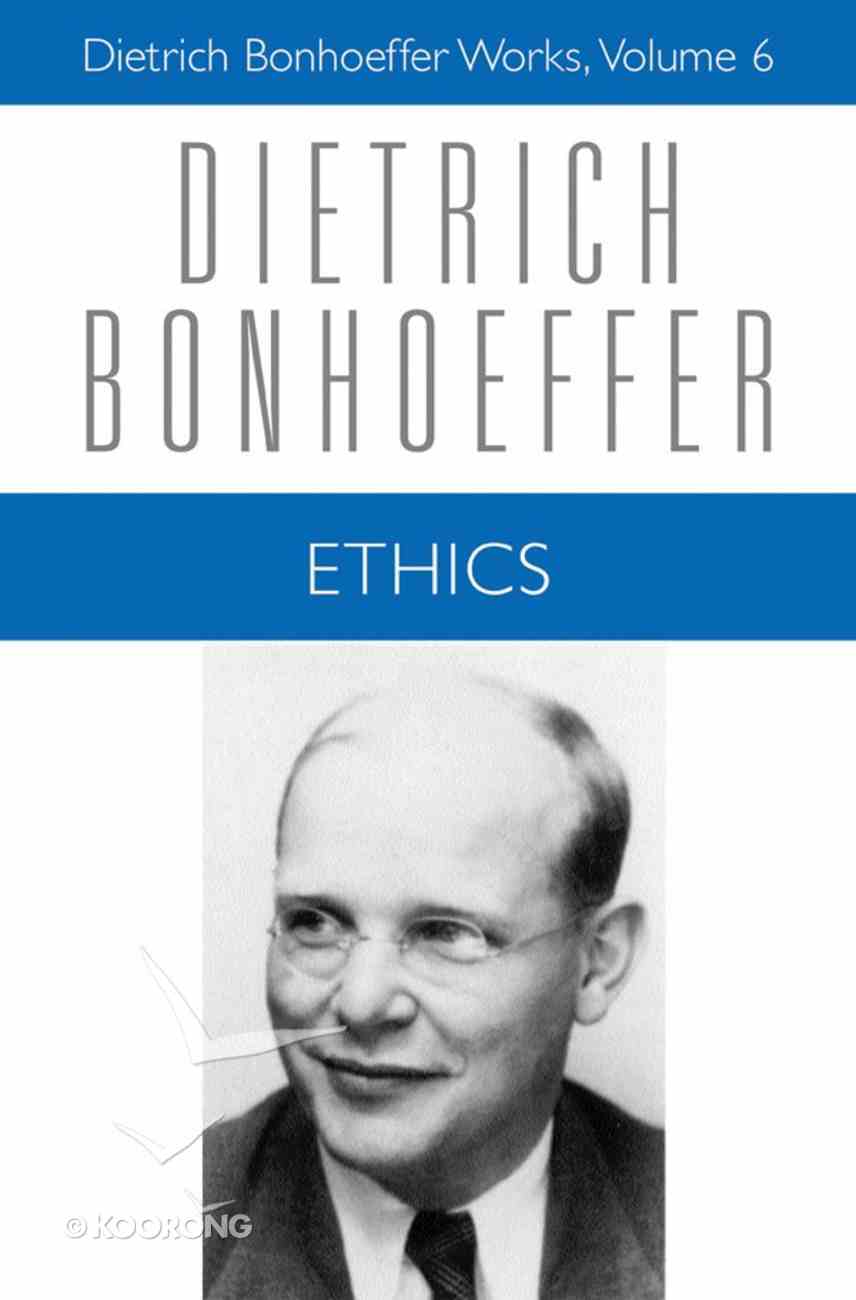 Called by Karl Barth "the brilliant Ethics of Dietrich Bonhoeffer," this book is finally being recognized as Bonhoeffer's magnum opus and one of the most important works of Christian ethics of the last century. Presented here in a new translation...

Called by Karl Barth "the brilliant Ethics of Dietrich Bonhoeffer," this book is finally being recognized as Bonhoeffer's magnum opus and one of the most important works of Christian ethics of the last century. Presented here in a new translation and a striking new arrangement, it is based on intensive study of the original manuscripts and includes copious historical notes and commentary. Written in the midst of the conspiracy to overthrow the Hitler regime, it is nonetheless chiefly concerned with ethics for the postwar time of reconstruction and peace. Focused on Christ, the God who became human, and the vision of a world reconciled with God, the Ethics shuns abstraction, seeks the will of God in concrete historical reality, and calls the church to be a transforming community in the world with a new responsibility in public life. Book jacket.
-Publisher

The crown jewel of Bonhoeffer's body of work, Ethics is the culmination of his theological and personal odyssey. Based on careful reconstruction of the manuscripts, freshly and expertly translated and annotated, this new critical edition features an insightful Introduction by Clifford Green and an Afterword from the German edition's editors.Though caught up in the vortex of momentous forces in the Nazi period, Bonhoeffer systematically envisioned a radically Christocentric, incarnational ethic for a post-war world, purposefully recasting Christians' relation to history, politics, and public life.This edition allows scholars, theologians, ethicists, and serious Christians to appreciate the cogency and relevance of Bonhoeffer's vision.
-Publisher

Clifford J. Green is Professor Emeritus of Theology, Hartford Seminary, Connecticut, and author of Bonhoeffer: A Theology of Sociality (1999).