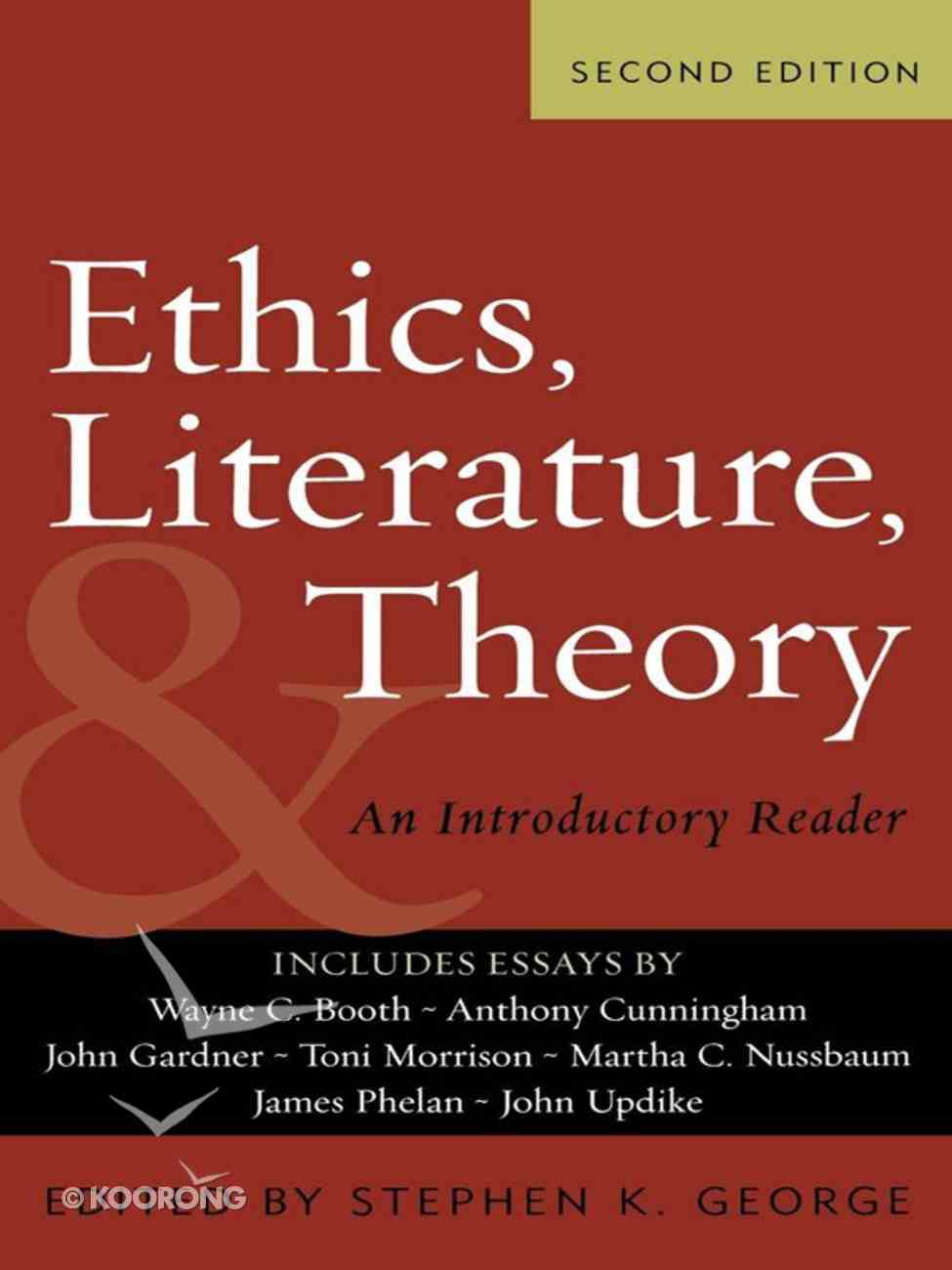 Ethics, Literature, and Theory: An Introductory Reader brings together the work of contemporary scholars, teachers, and writers into lively discussion on the moral role of literature and the relationship between aesthetics, art, and ethics. Do the rich descriptions and...

Ethics, Literature, and Theory: An Introductory Reader brings together the work of contemporary scholars, teachers, and writers into lively discussion on the moral role of literature and the relationship between aesthetics, art, and ethics.

Do the rich descriptions and narrative shapings of literature provide a valuable resource for readers, writers, philosophers, and everyday people to imagine and confront the ultimate questions of life' Do the human activities of storytelling and complex moral decision-making have a deep connection' What are the moral responsibilities of the artist, critic, and reader' What can religious perspectives'from Catholic to Protestant to Mormon'contribute to literary criticism' What do we mean when we talk about ethical criticism and how does this differ from the common notion of censorship?

A graduate student at the University of Chicago in the late 1940s, when the English Department was dominated by members of the Chicago School of criticism, Wayne Booth returned to his alma mater in the early 1960s and became an exponent of its critical methodology. The Chicago Critics were influenced by the formalistic, rhetorical analysis of the Poetics of Aristotle, which was concerned with the principles of literary construction and literary esthetics. Unlike the New Critics, who shared their interest in formalist analysis of texts, the Chicago Critics emphasized the importance of knowledge about the author and his or her historical context. They considered the New Criticism, which had developed at about the same time, too restrictive in its bracketing of that information as external to the text and therefore incidental to understanding and evaluating it. The first generation of Chicago School critics, who were Booth's teachers, did not have much impact beyond the university itself. Booth, however, continued to advocate pluralism. Critical Understanding: The Powers and Limits of Pluralism Critical Understanding: (1979) helped revitalize and popularize Chicago School principles. Booth is associated with two other movements in contemporary literary theory: reader-response criticism and narratology. The former includes a heterogeneous group of reader-oriented rather than text-oriented methodologies. The latter is usually seen as a type of structuralist or proto-structuralist literary study, since it focuses on the function and the grammar, or structure, of narrative. Linked with both is Booth's Rhetoric of Fiction (1962), which concentrates on the analysis of point of view and how writers manipulate it so that readers accept the values of the implied author of a text's narration. Booth's work has increasingly emphasized reading, ethics, and the rhetoric of persuasion-a concern already implicit in this early book.