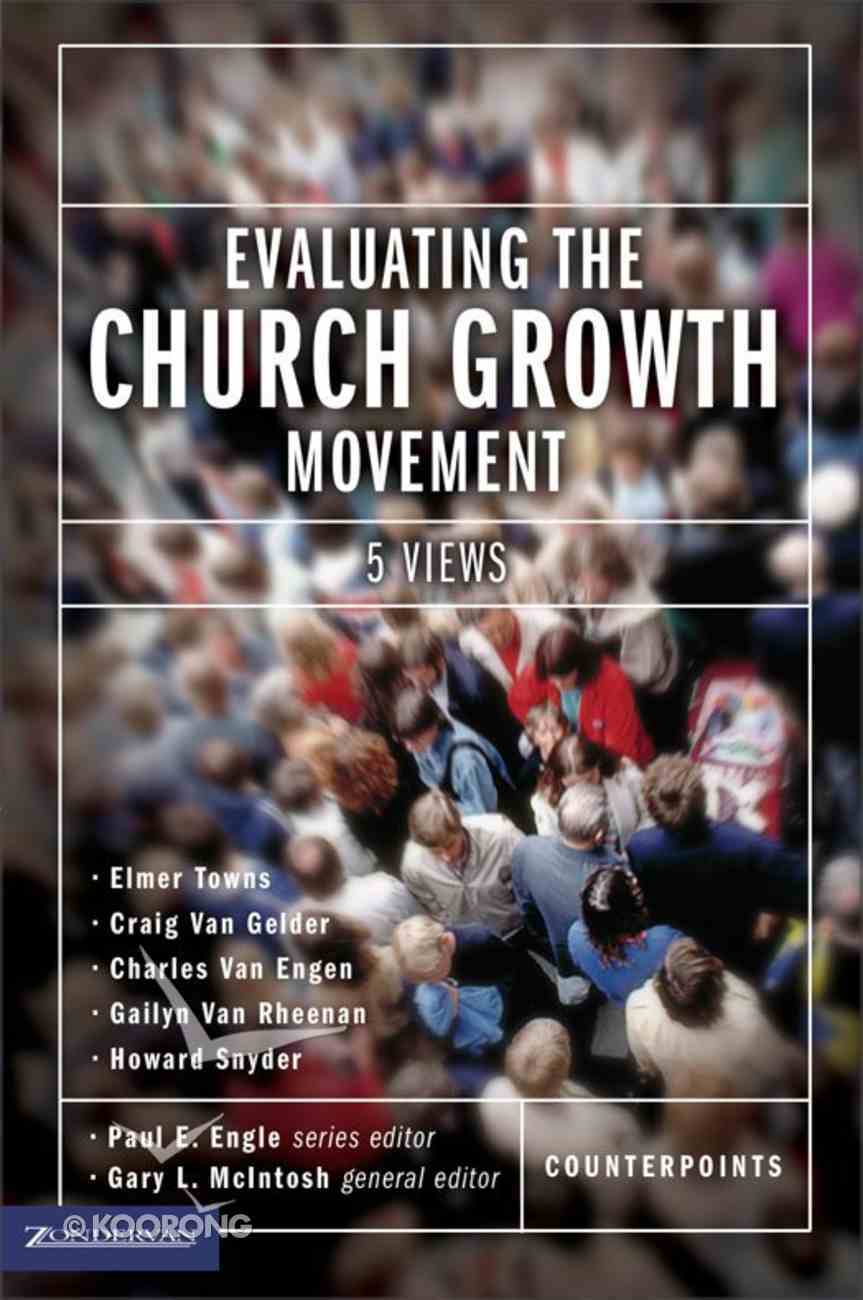 Although the church growth movement has made a significant impact on evangelicals over the past half century, it has also created controversy and division. This careful five-view analysis helps evangelicals understand the movement's strengths and weaknesses and arrive at their...

Although the church growth movement has made a significant impact on evangelicals over the past half century, it has also created controversy and division. This careful five-view analysis helps evangelicals understand the movement's strengths and weaknesses and arrive at their own conclusions on issues that affect the future direction of the church.

Gaining form and momentum over the second half of the 20th century, the Church Growth movement has become an enormous shaping force on the Western church today. You may love it, you may hate it, but you can?t deny its impact. But what exactly is Church Growth? In what ways has the movement actually brought growth to the church, and how effective has it been in doing so? What are its strengths and weaknesses? This timely book addresses such questions. After providing a richly informative history and overview, it explores---in a first-ever roundtable of their leading voices---five main perspectives, both pro and con, on the classic Church Growth movement: * Effective Evangelism View (Elmer Towns) * Gospel in Our Culture View (Craig Van Gelder) * Centrist View (Charles Van Engen) * Reformist View (Gailyn Van Rheenan) * Renewal View (Howard Snyder) As in other Counterpoints books, each view is first presented by its proponent, then critiqued by his co-contributors. The book concludes with reflections by three seasoned pastors who have grappled with the practical implications of Church Growth. The interactive and fair-minded nature of the Counterpoints format allows the reader to consider the strengths and weaknesses of each view and draw informed, personal conclusions. The Counterpoints series provides a forum for comparison and critique of different views on issues important to Christians. Counterpoints books address two categories: Church Life and Exploring Theology. Complete your library with other books in the Counterpoints series.
-Publisher