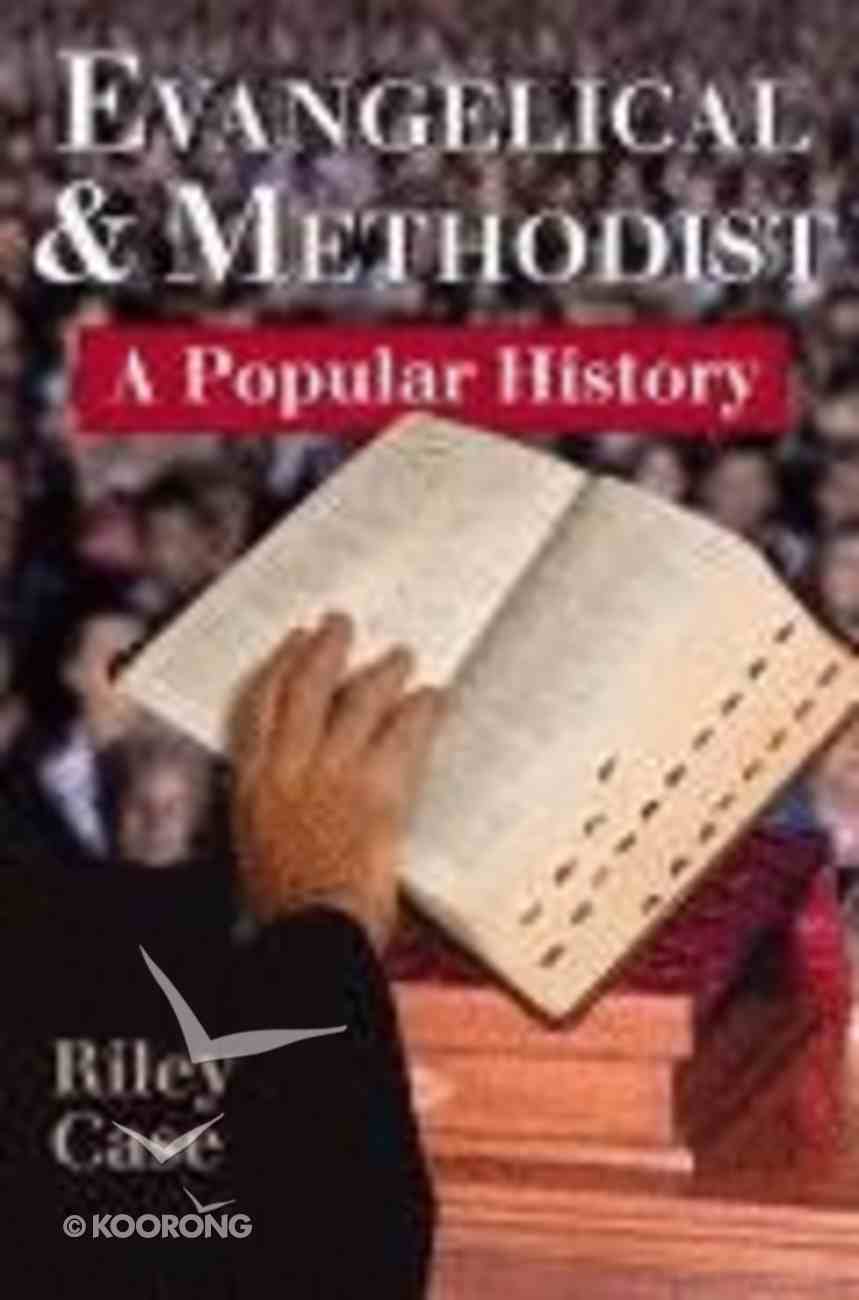 In this volume, Riley Case tells the story of the "populist" branch of the Methodist movement in America. Drawing on a variety of sources, and focusing particularly on the twentieth century, he paints a portrait of Methodism more interested in...

A Crown and a Cross
Andrew Goodhead
eBook

The Spirit of Methodism: From the Wesleys to a Global Communion
Jeffrey W Barbeau
Paperback

In this volume, Riley Case tells the story of the "populist" branch of the Methodist movement in America. Drawing on a variety of sources, and focusing particularly on the twentieth century, he paints a portrait of Methodism more interested in holiness than respectability, more concerned with winning souls than building institutions, more insistent on scriptural truth than cultural relevance.
-Publisher

The story of the populist, grassroots movements that came together to form the evangelical wing of Methodism in America.In addition to the official Methodism that established itself as an institution at the center of American culture, there is an unofficial Methodism: one that was not mediated through annual conferences and an educated clergy, one more concerned with gospel fervor than with social respectability. It was from this "grassroots" Methodism that the various movements calling for evangelical renewal in the denomination arose during the twentieth century. Riley Case tells the story of the populist wing of the Methodist movement in America, culminating in the work of those who have sought in recent years to return Methodism to its authentic Wesleyan roots.The spread of Methodism in nineteenth-century America was accompanied, says Riley Case, by a slow, yet certain, division of the tradition into at least two branches. One strand might be called establishment Methodism. This is the Methodism usually described in denominational histories. It was the Methodism of tall steeples, rented pews, robed choirs, and denominational journals, colleges, and seminaries. It was Methodism becoming institutionalized, with authority focusing more and more in bishops, presiding elders, conferences, and (later) committees and agencies. Case contends that this focused authority--later identified simply as the hierarchy--offered a mediated faith, one best filtered and controlled by those with education and experience.The other strand of Methodism might be called populist Methodism. It, for the most part, was unofficial Methodism. It was the Methodism of log cabins, moral crusades, circuit preachers, revivals, camp meetings, prayer bands, and indigenous Methodist gospel music, including African American spirituals. It was an unmediated Christianity, one that did not need to be filtered through educated clergy or annual conferences. It was democracy in religion. Its authority was derived from the anointing of the Spirit and appealed to the power of primitive Methodism, or old-time religion. It is often referred to as grass-roots Methodism. It was Methodism not as an institution but as a movement.This book intends to tell the story of this second branch of the Methodist tradition in America. Drawing on a variety of sources and voices, it recounts the history of Methodism's evangelical wing. For all who wish to understand the convictions and concerns of the evangelical branch of The United Methodist Church today, this book will prove rewarding--and essential--reading.
-Publisher