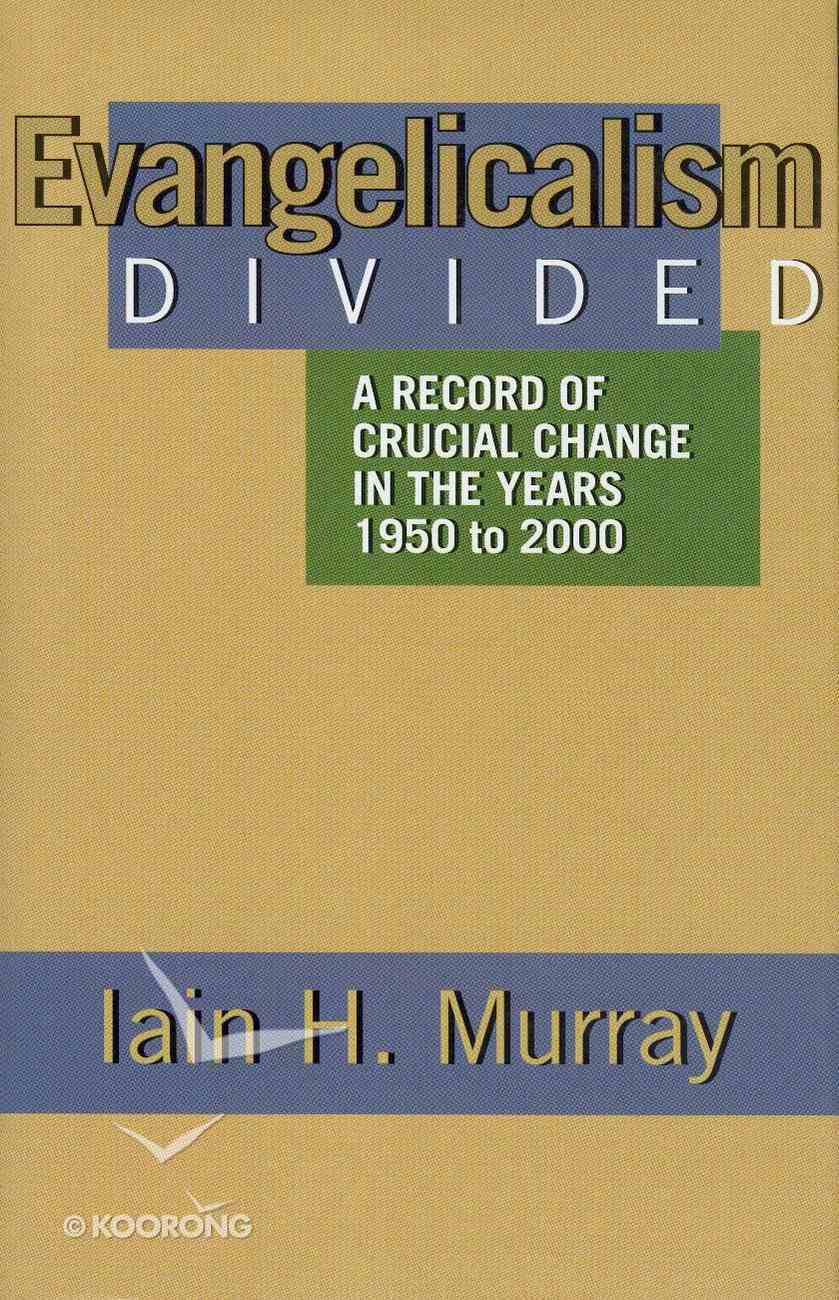 In the 1950s, two movements, evangelicalism and ecumenism, offered differing paths to unity in the church. As the decades passed, the influence of ecumenism exposed a fault line in evangelicalism. Is the gospel broader than evangelicals have insisted? This book...

The Puritan Hope: Revival and the Interpretation of Prophecy
Iain H Murray
Paperback

In the 1950s, two movements, evangelicalism and ecumenism, offered differing paths to unity in the church. As the decades passed, the influence of ecumenism exposed a fault line in evangelicalism. Is the gospel broader than evangelicals have insisted? This book traces the personalities, institutions and publications of a fascinating saga. 342 pages, from Banner of Truth.

A penetrating review of fifty years of crucial change in evangelical attitudes and alignments, 1950-2000. Murray leads the reader back to the most basic question of all, 'What is a Christian?'
-Publisher

Murray analyses major changes in the evangelical movement in the years 1950 to 2000, clarifying the issues raised & assessing events in the light of biblical teaching. The period under review saw the fundamental difference between two contrasting approaches to Christian unity, ecumenism & evangelicalism, gradually obscured. In their desire to distance themselves from the older fundamentalism, some evangelical leaders were too willing, in Murray's view, to jettison, or at least to tone down, previously cherished convictions concerning the nature of Christian conversion, the authority of Scripture & the primacy of gospel truth over denominational loyalty. Leaders whose roles in these changes are discussed include Billy Graham, Martyn Lloyd-Jones, J. I. Packer & John R. W. Scott. Particular attention is given to the evangelical movement within the Anglican communion, the problematic nature of evangelical involvement in the world of scholarship & moves to break down barriers between evangelicalism & Roman Catholicism. Murray emphasizes the basic question, What is a Christian? & its implications for evangelical faith & life.
-Publisher

Murray, born in Lancashire, England, was educated in the Isle of Man and at the University of Durham and entered the Christian ministry in 1955. He served as assistant to Dr. Martyn Lloyd-Jones at Westminister Chapel (1956-59) and subsequently at Grove Chapel, London (1961-69) and St. Giles Presbyterian Church, Sydney (1984-84), Although remaining a minister of the Presbyterian Church of Australia, he is founding trustee for Banner of Truth Trust.