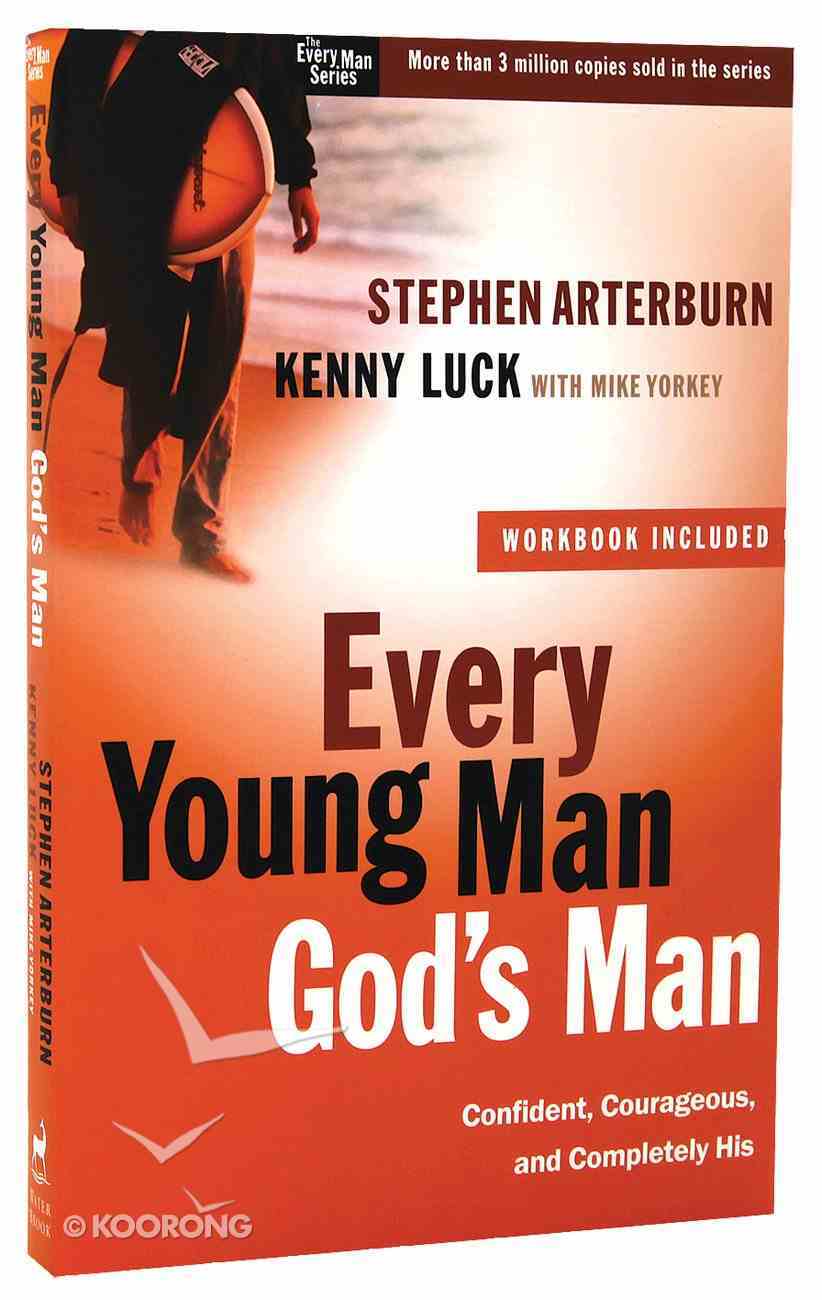 Live life the way Jesus did. To the extreme. You're asking tough questions: - Does faith do more than keep me from the fun everybody else is having? - Why do I think about sex so much? - Why...

A Guide to Growing Up: Honest Conversations About Puberty, Sex and God
Sarah Smith
eBook

Live life the way Jesus did. To the extreme.

You're asking tough questions:
- Does faith do more than keep me from the fun everybody else is having?
- Why do I think about sex so much?
- Why should I obey God when nobody else does?
- What's definitely okay and not okay with God?
- Does God really expect so much of me?

You want solid answers to your deepest questions? Every Young Man, God's Man will answer them all.

It's time to go to the dark and difficult places in your heart, and stand up in God's power in all the battles you face. With Every Young Man, God's Man you will find yourself full of spiritual confidence and courage. You'll see how faith makes sense in the light of who God is and how much He cares about you. And the bottom line: You'll discover that it doesn't get any better than living as God's man--confident, courageous and completely His.

Get ready for some gut-punching honesty and real-life stories about how to be God's man. Right now.

Praise forEvery Young Man, God's Man "Every Young Man, God's Manpulls no punches in challenging young men to declare their loyalty to Jesus Christ early and not waver in a lifelong pursuit of His ways and plans. All important issues are explored with refreshing candor, from personal holiness to sexual purity to spiritual warfare and more. Every young man eager to make his life count will gain huge benefits from this book." Josh McDowell, author and speaker "EveryYoung Man God's Mandoes more than just warn young men of the dangers that lurk in the shadows of adolescence. It gives them hope that they can overcome and conquer their fears. Every chapter is filled with the kind of practical, down-to-earth advice that will arm young men against the assaults of sexual temptation, peer pressure, and isolation....No overly simplistic solutions found here, just solid, scriptural principles that create Godly young men. My sons will read this bookvery soon!" Ross Parsley, Associate Pastor, New Life Church "Kenny Luck has a brave and raw style that grabs you by the throat and, at the same time, gently moves you to want to change. He is able to talk about the dark, secret, and tough places that most guys would prefer to keep secret. He says things that others only think of saying with the clear intent to help guys experience God's love and power for their lives." Doug Fields, Pastor to Students at Saddleback Church, author, speaker, President of Simply Youth Ministry From the Trade Paperback edition.
-Publisher

the man zone
The summer before my freshman year at UCLA, I came home one time after midnight to a dark house and sleeping parents. While my home was very quiet, my soul churned in chaos. I needed the safety and comfort of my bedroom to relax me. I sat on my bed and ran my right hand through my shoulder-length hair. While I had dismissed many things I ­didn’t like about my life–going to church topped my list–I had one habit too ingrained to let go of: praying before I fell asleep. I guess this was my way to connect with God on my terms. After all, I was the “spir­it­ual” party guy.
Most of the time, however, I would recite the same old prayers I had known my whole life. My lips would be moving, and I ­could hear myself speaking the words, but my heart and my soul were definitely checked out. I found these midnight prayers easy, comfortable, and safe. I’m sure to God I sounded more like a robot than a human being, but in my twisted thinking, I figured God ­wouldn’t call my lack of sincerity on the carpet. Man, was I ever wrong.
That summer evening it was time for my nightly ritual. I got down on my knees at the foot of my bed and looked out at the star-filled Northern Cal­i­fornia sky. I started with the Lord’s Prayer (“Our Father, who art in heaven, hallowed be thy name…”). Suddenly, I heard a voice inside telling me to stop. I thought, What’s up with this? I started over, but I ­couldn’t get out the memorized words that I had repeated thousands of times before. I ­didn’t know what was happening, but I did know that my skin felt like it was crawling, which humbled and scared me. Instead of “Our Father, who art in heaven” coming out of my mouth, I heard myself whispering, “I want to see You… I want to see You.”
Each time I said this, I felt a deeper and deeper presence filling the air around me. My body shook in response, and tears rolled down my cheeks like rivers. My emotion had been touched by the strong and fragrant presence of God.
For the first time in my life, I expressed to God what I ­really wanted more than anything–a real encounter with Him…just the two of us. I voiced a ­simple prayer–“I want to see You”–not to please my parents, not to impress friends, not to maintain some image, and certainly not to win His approval. What I said that evening was the true confession of a guy on his knees to a God who had been patiently waiting for me to get honest.
Once you ­settle for less than God’s best,
you start spinning your wheels.
He ­didn’t have to be patient since I had been acting like a hypocrite–an immature one at that. He knew I had been deliberately fooling myself, but He also saw someone who was experiencing turmoil regarding who Christ was. When I expressed a longing from deep within my heart–as ­simple as it was–He seized that measly effort to invade my room and bring me closer to Him as never before.
That night was a turning point. God reached out and touched me, and I felt closer to Him as never before. I ­couldn’t rationalize this experience away, I ­couldn’t blame someone else for not living out what I believed, and I ­couldn’t divorce myself from His will at my convenience any longer. Instead of judging me or punishing me, He threw His arms around me and said, “I forgive you. Now go and sin no more.” God “unstuck” me spir­itu­ally as a young man, for which I’m grateful. What happened to me sounds a lot like what happened to ­David, who wrote this in the book of Psalms:

The Truth About Dating, Love and Just Being Friends
Chad Eastham
Paperback