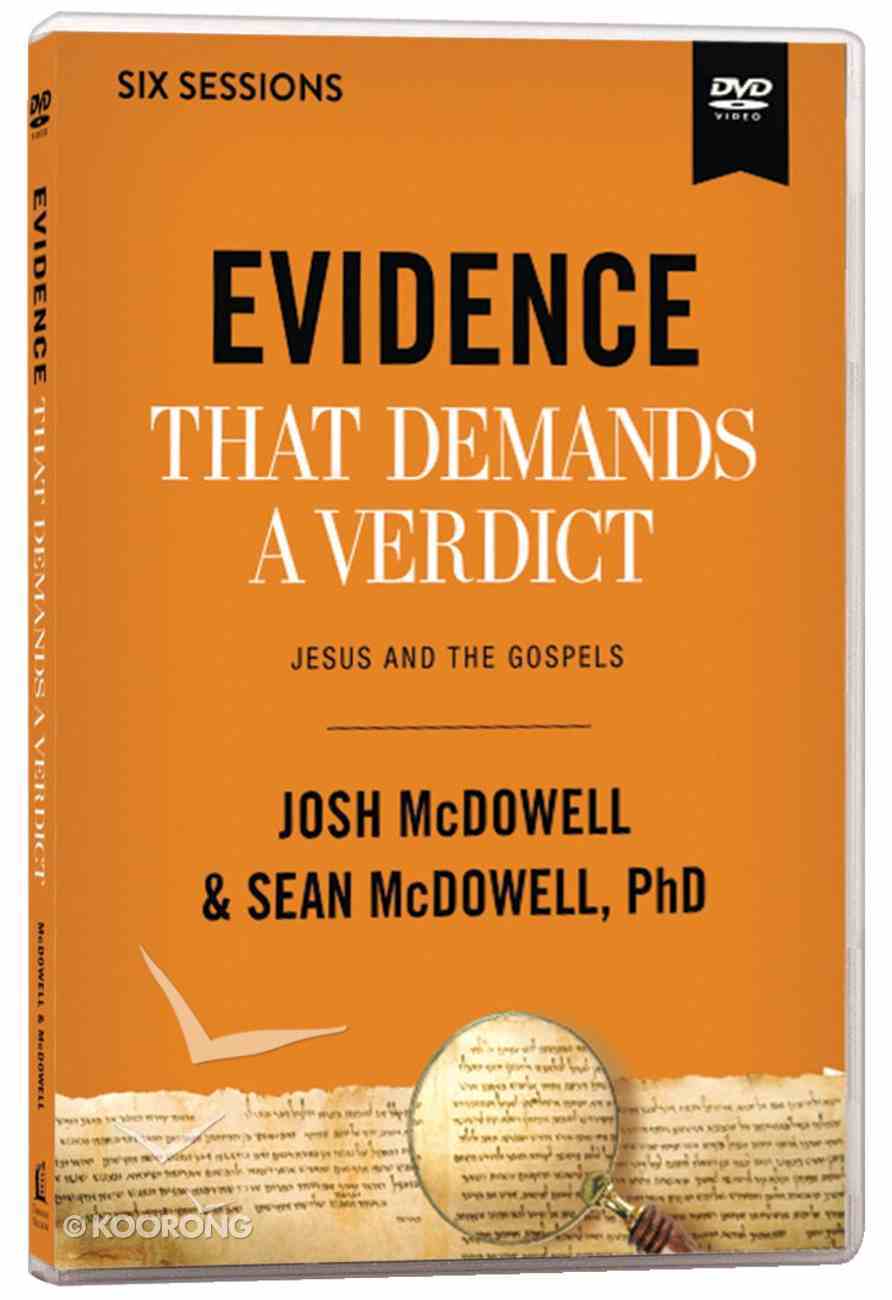 Evidence That Demands a Verdict: Life-Changing Truth For a Skeptical World (Video Study)

Josh McDowell and his son Sean present compelling evidence for the reliability of Scripture and the truth of Christian belief. This 6-session study is based on the completely updated and expanded edition of Evidence That Demands A Verdict.

32 available
Expected to ship within 12 hours from Australia.
Learn More
Free Shipping
for orders over $99.

Josh McDowell and his son Sean present compelling evidence for the reliability of Scripture and the truth of Christian belief. This 6-session study is based on the completely updated and expanded edition of Evidence That Demands A Verdict.

:
For more than forty years, Evidence That Demands a Verdict has encouraged and strengthened millions of people around the world. It has convinced skeptics of the Bible's reliability, helped believers articulate their faith, and given them the vital facts they need to defend God's Word and lead others to faith in Jesus. The book has now been revised and updated to include newly uncovered historical documentation, recent scholarship, and new and expanded chapters to address recent attacks on Christianity.


In this new eight-session video study (guide sold separately), Josh and his son, Sean, help believers in Christ understand how the books of the New Testament came into being, how they differ from "Gnostic" and non-biblical texts, and why they can be sure that the New Testament books are historically reliable. They also examine how believers can know that Jesus existed, why the claims he made about himself are true, how he fulfilled Old Testament prophecies about himself, and how believers can know the resurrection took place.


This study is for anyone who has ever been stumped by someone's arguments against Christianity or the Bible-or has wondered for themselves if the Bible's depiction of Jesus is true and not just a made-up fairy tale. It has been specifically created to help Christians know what they believe, why it is true, and how they communicate biblical truth to a skeptical world.


Designed for use with the Evidence That Demands a Verdict Study Guide (sold separately).