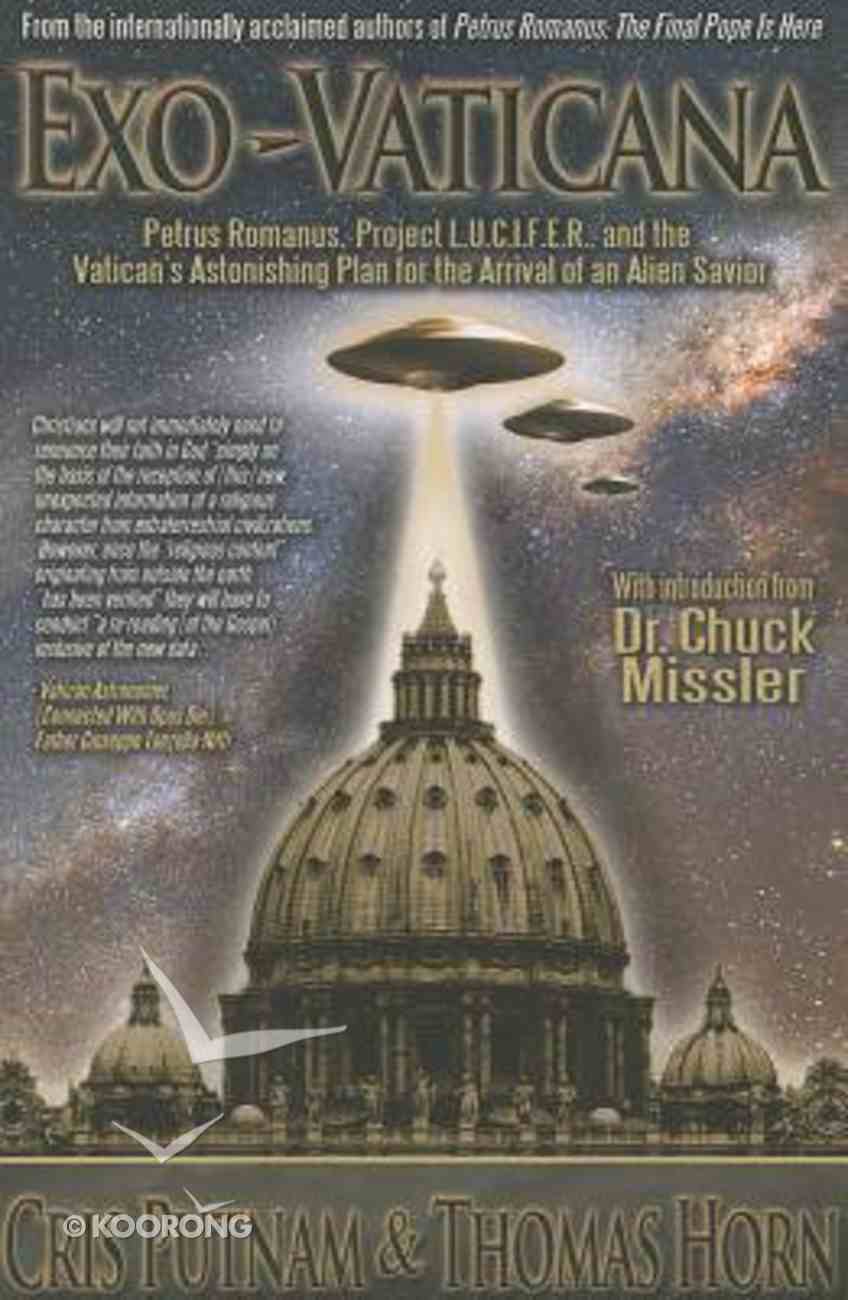 Exo-Vaticana: Petrus Romanus, Project Lucifer, and the Vatican's Astonishing Exo-Theological Plan For the Arrival of An Alien Savior

Following the release of their 2012 best-seller Petrus Romanus: The Final Pope Is Here , Tom Horn and Cris Putnam were inundated with invitations from around the world to be interviewed on radio, television, and in print media. These included...

Talking With Catholics About the Gospel
Chris Castaldo
eBook

On the Priesthood
Matthew Levering
eBook

The Miracle of Love: A Guide For Catholic Pastoral Care
Margaret Ghosn
Paperback

Reasoning From the Scriptures With Catholics
Ron Rhodes
eBook

Following the release of their 2012 best-seller Petrus Romanus: The Final Pope Is Here, Tom Horn and Cris Putnam were inundated with invitations from around the world to be interviewed on radio, television, and in print media. These included segments in The History Channel's "Countdown to Apocalypse," a special feature on Canada's largest Christian channel VisionTV titled "I Prophesy: The Apocalypse Series," invitations to Rome to discuss with Italian media their findings on René Thibaut (a Belgian Jesuit whose meticulous analysis of the Prophecy of the Popes predicted the arrival of Petrus Romanus in this era), and dozens more.  But during a show on Omega Man Radio the author's disclosed an "extraterrestrial" connection between Petrus Romanus, the Vatican, and the Mount Graham Observatory, which rocketed that program into the #1 position in the world, illustrating to the authors that modern civilization is more than casually interested not only in the final pope, but in the connection between Rome and their secret work on extraterrestrial intelligence, astrobiology, and the intriguing preparations they are making for the arrival of an alien 'savior.'  Thus, the new investigation began and quickly resulted in findings far more disturbing than the authors expected to find.
NOW, FOR THE FIRST TIME, "EXO-VATICANA" REVEALS…


Unveiled! The Vatican's secret plan for the arrival of an alien god

Disclosed! Secret files in the Vatican library on the reality of the alien presence

Found! The private document detailing the Vatican's position on the extraterrestrials

Revealed! Project LUCIFER and the hidden quest for "Fallen Star"

2013! The year top astronomers say the alien world and its inhabitants will be divulged

The Collins Elite, Occultism, and the covert breeding and hybridization program

The incredible family secret that Tom Horn has kept concealed for decades!

What top Government and Vatican Officials told the authors about the reality of UFOs, ETIs

Back to Cydonia! The truth behind the face on Mars and artificial structures on other worlds

In Exo-Vaticana: Petrus Romanus, PROJECT LUCIFER, and the Vatican's astonishing exo-theological plan for the arrival of an alien savior, internationally acclaimed investigative authors Thomas Horn and Cris Putnam break the greatest story of our time and expose the elitists and intellectuals who are planning to assimilate mankind under a coming 'savior,' one whom the prophet Daniel foresaw as "an alien god."