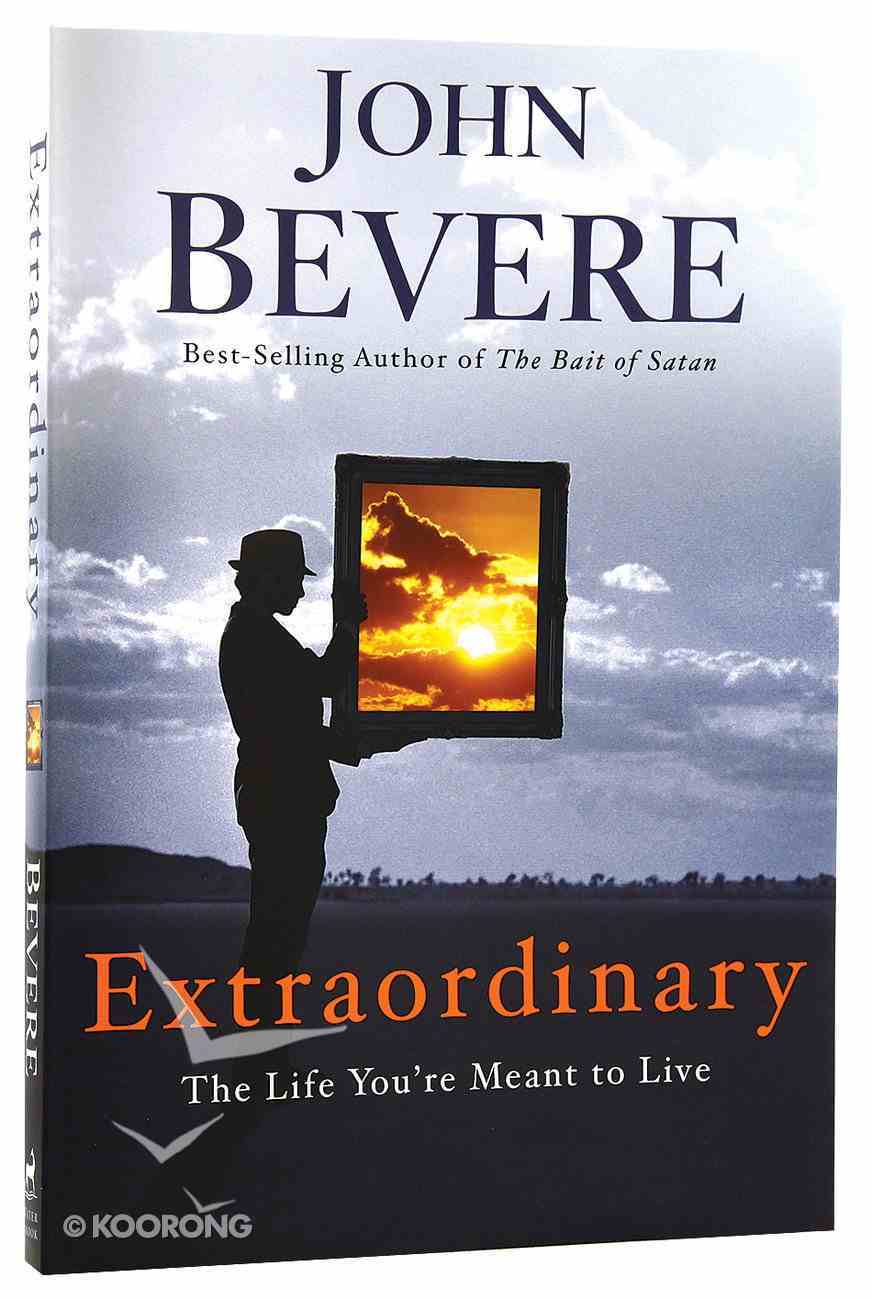 Why Am I Not Healed?: (When God Promised)
Glen Berteau, John Bevere
Paperback

Satisfy your intrinsic desire to rise above the norm.

Why are we drawn to stories of heroic triumph over seemingly impossible circumstances? In our fascination with adventure movies, superheroes, and tales of incredible human feats, do we reveal an inherent desire for something larger and greater in life? Maybe what we think it is a need to escape or be entertained is actually a God-inspired longing...for the extraordinary.

Best-selling author John Bevere reveals how all of us were "meant for more", extraordinarily created and intended for a life that is anything but ordinary. Here is the roadmap for your journey of transformation. You are marked for a life that far surpasses the usual definitions of success or fulfilment.

A Journey
In the pages that follow, we will embark on a journey to fully understand the extraordinary way God wants us to live. I urge you not to skim through material or skip around because each chapter builds on the last. I don’t want you to experience what I did a number of times when I was growing up. Periodically I would come in late to a movie my entire family had been watching. One evening I walked into our TV room just as West Side Story was ending. The lead male character was dying and saying his last, climactic words. My mother, dad, sisters, and I had witnessed this scene together, but the impact it had on me was completely different. I couldn’t understand why my mother and sisters were crying. Even my dad was somber and saddened. But because I had come in late, I thought, What’s the big deal? The same scene that riveted my parents and sisters had no effect on me because I hadn’t journeyed with them through the entire movie.
I don’t want the same thing to happen for you with the message of this book. It’s a progressive revelation that has the potential to ruin you forever for the ordinary. I speak from experience, because as I sought God, researched, wrote, and prayed over this book, I was changed forever! As you make this journey with me, you’ll not only know that you were created for the extraordinary, but you’ll actually understand how to live it. Before we begin, let’s pray together for God to reveal His desire and quicken yours.

Dear God, I ask as I read this book that Your Holy Spirit will teach me. I pray that I will come to know what is the richness and enormity of the calling You’ve placed upon my life. I also want to know the power You’ve placed within me to accomplish this calling and to bring glory to Your name and joy to Your heart. You’ve placed me here for such a time as this. I pray this message would equip me to fulfill all the wonderful works You’ve planned for me to accomplish on this earth. It’s in the name of Jesus Christ that I make this request. Amen.