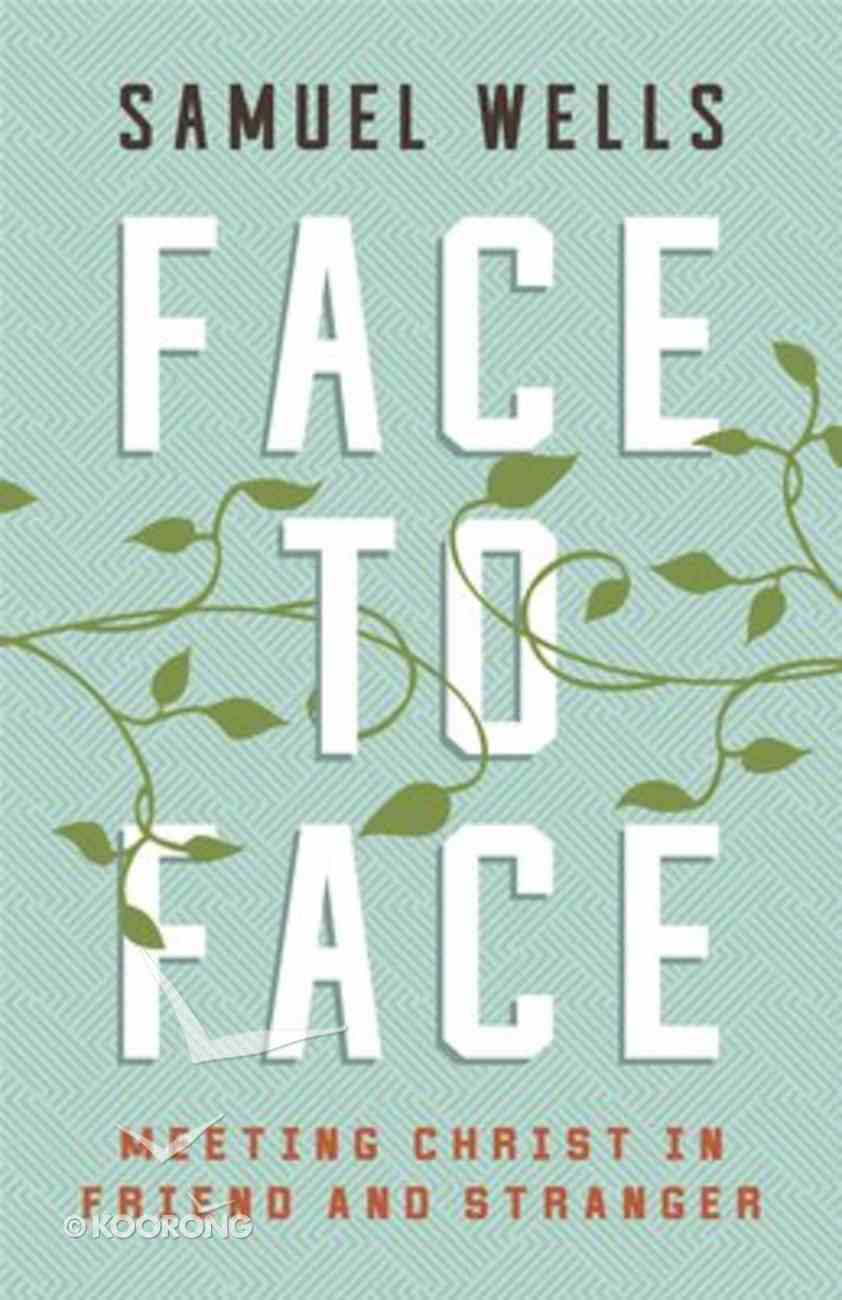 Face to Face: Meeting Christ in Friend and Stranger

Pastors, priests, and pastoral caregivers often accompany people who are struggling to negotiate experiences of sickness, bereavement or anxiety. There are no easy answers in such situations, no formulaic remedies, and no slick theological explanations. The process of being present,...

1 available
Expected to ship within 9 hours from Australia.
Learn More
Free Shipping
for orders over $99.

Pastors, priests, and pastoral caregivers often accompany people who are struggling to negotiate experiences of sickness, bereavement or anxiety. There are no easy answers in such situations, no formulaic remedies, and no slick theological explanations. The process of being present, listening, and responding is demanding. It can require skills and wisdom beyond the ministers' own experience. Often, caregivers feel they receive as much or more than they give to the care seekers in such encounters. In Face to Face, Samuel Wells reflects theologically and pastorally on twenty such encounters in care giving that were both hugely challenging and hugely instructive for him. The result is a book of profound practical wisdom and understanding that will inform and enrich pastoral ministry for all who read it. An extended introduction on the nature and practice of pastoral ministry provides the foundation for the telling of these memorable and moving accounts.
-Publisher

The Reverend Dr. Sam Wells (Ph.D., Durham University) has been Dean of Duke University Chapel, North Carolina since 2005. His pastoral experience before coming to Duke included a spell as a community worker in inner-city Liverpool. He served four parishes as a Church of England priest from 1991-2005.
In addition to his role at Duke Chapel, Sam is also Research Professor of Christian Ethics at Duke Divinity School. He has published six single-author works Transforming Fate into Destiny (Carlisle: Paternoster and Eugene: Cascade, 1998); Community-Led Estate Regeneration and the Local Church (Cambridge: Grove, 2003); Improvisation: The Drama of Christian Ethics (Grand Rapids: Brazos and London: SPCK, 2004); Gods Companions: Reimagining Christian Ethics (Oxford, UK and Malden, Massachusetts, 2006) Power and Passion: Six Characters is Search of Resurrection (The Archbishop of Canterburys Lent Book 2007, Grand Rapids: Zondervan) and Speaking the Truth: Preaching in a Pluralistic Culture (Nashville: Abingdon, 2008)

He Restores My Soul: A Collection of Devotions on the Psalms (Faith For Life Series)
Linda Barclay, Rebecca Forbes
Paperback

Resilient Ministry: What Pastors Told Us About Surviving and Thriving
Bob Burns
Paperback