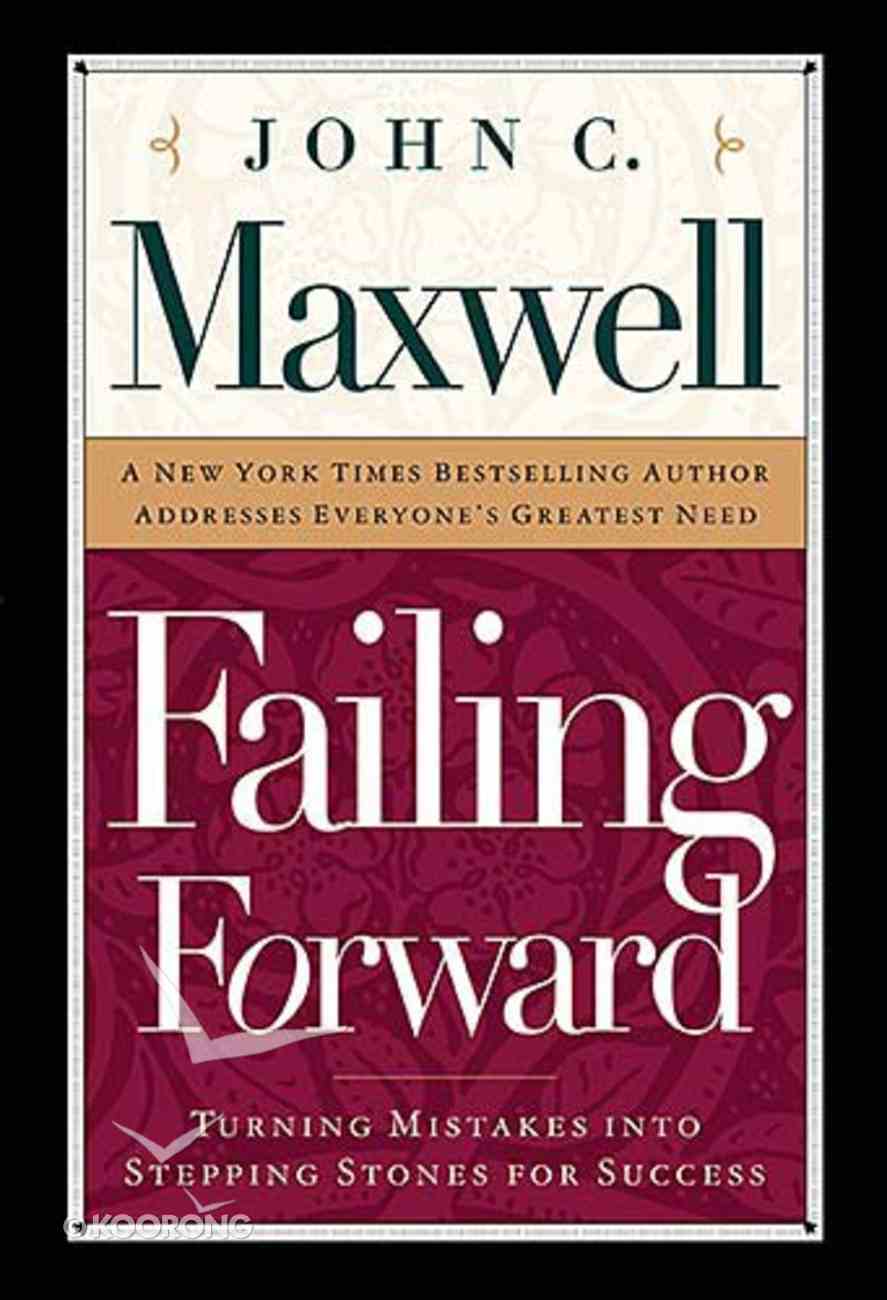 Leadership expert, John Maxwell believes that the major quality that sets high achievers apart is their response to failure. Here he looks at the most common reasons people fail, showing how we can master fear and use failure to make...

Unavailable. We are unsure when this item will be available to ship. Other edition is available. 9781491513132

21 Leadership Issues in the Bible: Understanding Critical Issues Faced By the Men and Women of the Bible
John C Maxwell
Paperback

Leadership expert, John Maxwell believes that the major quality that sets high achievers apart is their response to failure. Here he looks at the most common reasons people fail, showing how we can master fear and use failure to make positive changes. 209 pages, from Nelson.

It seems that some people are born to achieve anything they want. Some would say they are lucky, are blessed, or have the Midas touch. But what truly is the reason for their success? Family background, wealth, greater opportunities, high morals, an easy childhood? New York Times bestselling author John C. Maxwell has the answer:^^The difference between average people and achieving people is their perception and response to failure.^^Maxwell says that if you are like him, you were never prepared to deal with failure. Coming out of school, he feared it, misunderstood it, and ran away from it. But he's learned to make failure his friend, and he can teach you to do the same.^^"I want to help you learn how to confidently look the prospect of failure in the eye and move forward anyway," says Maxwell. "Because in life, the question is not if you will have problems, but how you are going to deal with them. Stop failing backward and start failing forward!"^
-Publisher

^The major difference between achieving people and average people is their perception of and response to failure. John C. Maxwell takes a closer look at failure-and reveals that the secret of moving beyond failure is to use it as a lesson and a stepping-stone. He covers the top reasons people fail and shows how to master fear instead of being mastered by it. Readers will discover that positive benefits can accompany negative experiences-if you have the right attitude. Chock full of action suggestions and real-life stores, "Failing Forward" is a strategic guide that will help men and women move beyond mistakes to fulfill their potential and achieve success.
-Publisher