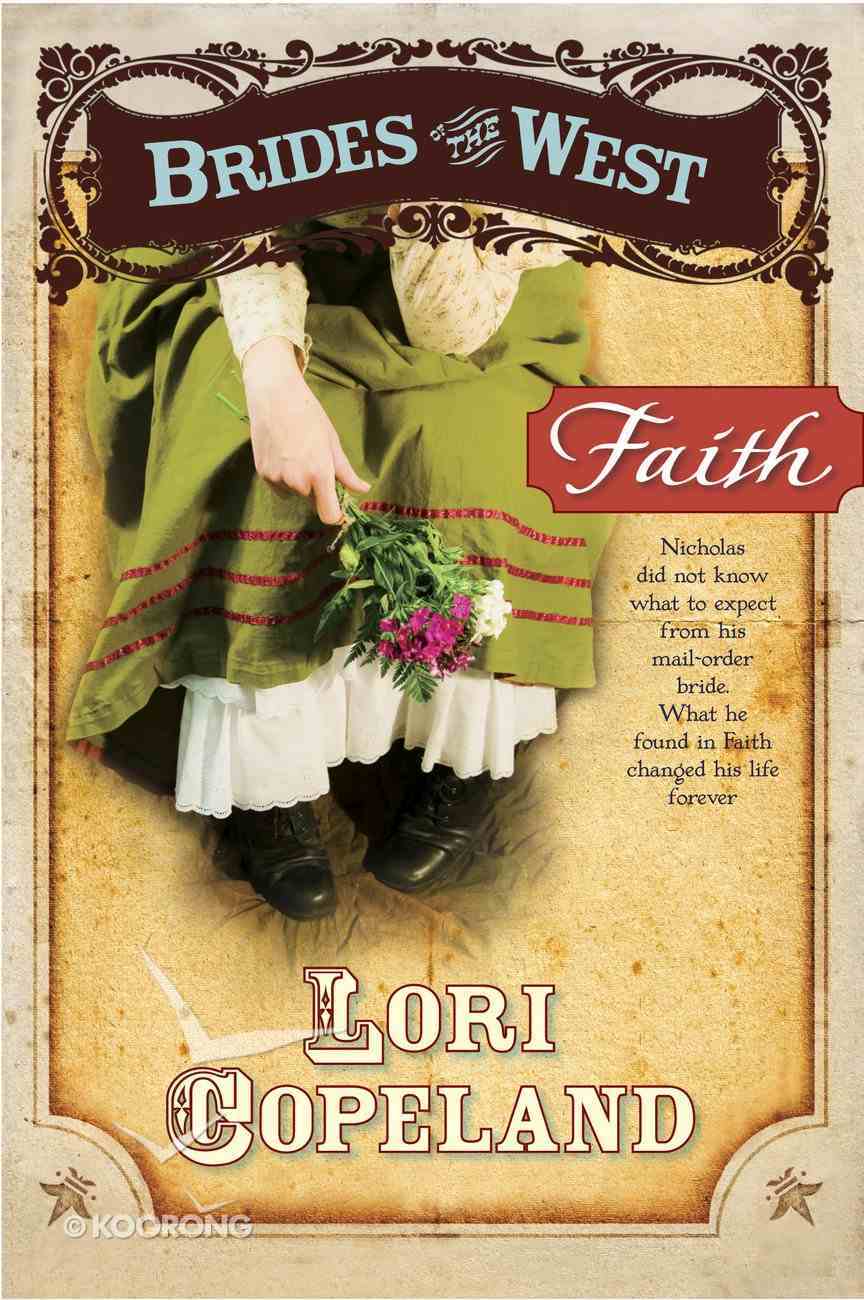 Faith (#01 in Brides Of The West Series)

1998 HOLT Medallion Award winner! (Inspirational category)
Best-selling??author Lori Copeland??kicks off??this historical Western series with this pleasing tale of mail-order brides set in 1872. When their pastor father dies suddenly, leaving little money, three sisters realize that they need to take drastic action to survive. Each answers a newspaper ad soliciting Christian brides. Faith goes to Texas, where her intended, a well-to-do rancher named Nicholas Shepherd, seems to be having second thoughts. While her wedding is repeatedly postponed, Faith meets a local widower and decides to teach his blind son Braille. In time, Nicholas begins to realize that he may have lost Faith to another man.

Wanted: Women with religious upbringing, high morals, and a strong sense of adventure, willing to marry decent, God-fearing men. Applicants may apply by mail. Must allow at least two months for an answer.
With the matrimonial prospects in her little Michigan town virtually nonexistent, nineteen-year-old Faith-along with her two sisters, Hope and June-answers an ad for mail-order brides. Before she knows it, she's on her way to Deliverance, Texas, to marry wealthy rancher Nicholas Shepherd.

But from the moment she arrives in Deliverance, sparks fly between Faith, a strong-willed tomboy, and her prospective husband-a man with a strong will of his own! After a string of wedding postponements and a slew of interferences, a union between Faith and Nicholas begins to look less and less likely.

In the meantime, Faith and Nicholas are beginning to care for each other-but is their matching stubbornness destined to forever be a barrier between them?
-Publisher