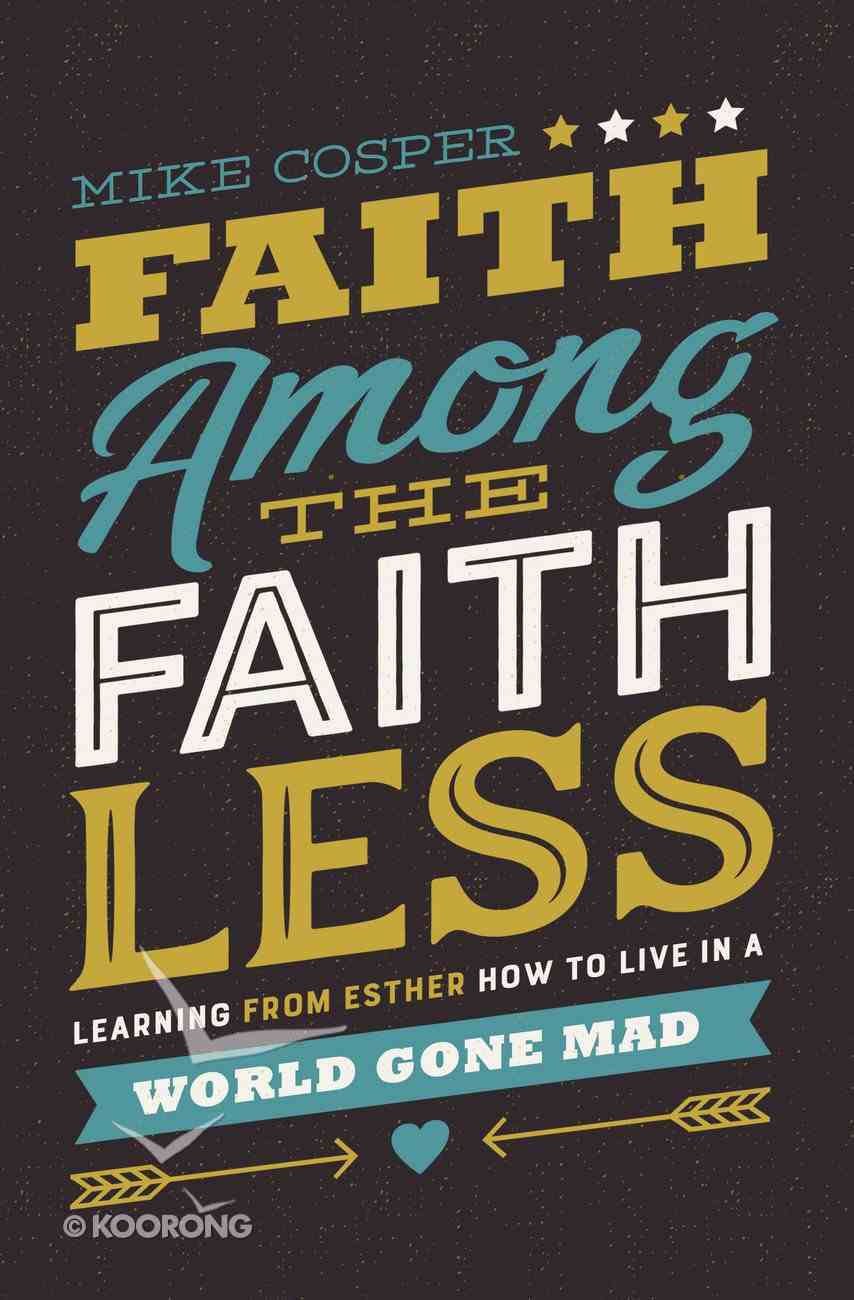 Faith Among the Faithless

Winner of the 2018 TGC Book Award for Popular Theology "It's a brave new world in the late-modern West. Not too long ago, being a churchgoing person was an asset on a social resume; today it's increasingly a liability....

Life to the Full 3-In-1
Max Lucado
eBook

Winner of the 2018 TGC Book Award for Popular Theology

"It's a brave new world in the late-modern West. Not too long ago, being a churchgoing person was an asset on a social resume; today it's increasingly a liability. This isn't entirely bad, of course; nominal Christianity has wreaked untold havoc in the church, and its death is long overdue. Nevertheless, we face serious challenges to gospel faithfulness that demand fresh wisdom and courage. Faith Among the Faithless is medicine for the moment. Writing with trenchant insight in a breezy style, Cosper unfolds the story of Esther with exegetical rigor, cultural analysis, and pointed application. From beginning to end, he sounds the right notes. Here's one example: "Cultural assimilation is a failure of nerve, and cultural isolation is a failure of heart. The former fails to resist; the latter fails to love" (43). Amen."

Encounter a timeless story of evil, awakened faith, and hope for good in a world where God seems absent.


Can Christianity survive a secular age? Can Christians live without compromise in an increasingly hostile society? And what if they've already given in to that society's vision and values?


In this revelatory and provocative new book, Mike Cosper answers these questions by pointing out the parallels between our world and the story of Esther. A tale of sex, ego, and revenge, the book of Esther reveals a world where God seems absent from everyday life-a world not unlike our own. Far from the gentle cartoon we often hear in Sunday school, the story of Esther is a brutal saga of people assimilated into a pluralistic, pagan society, embracing its standards. Yet when threatened with annihilation, they find the courage to turn to God in humility.


A call to spiritual awakening and to faith in an age of malaise and apathy, Faith Among the Faithless is an invitation to remember the faithfulness of God, knowing that in dark times-as in the days of Esther or our own-God may be hidden, but he is never absent.

Mike Cosper is the executive director of Harbor Media, a non-profit media company serving Christians in a post-Christian world. He served for sixteen years as a pastor at Sojourn Community Church in Louisville, Kentucky, and is the author of Recapturing the Wonder ,nbsp; The Stories We Tell, and nbsp; Rhythms of Grace . He lives with his family in Louisville, Kentucky. nbsp; nbsp;