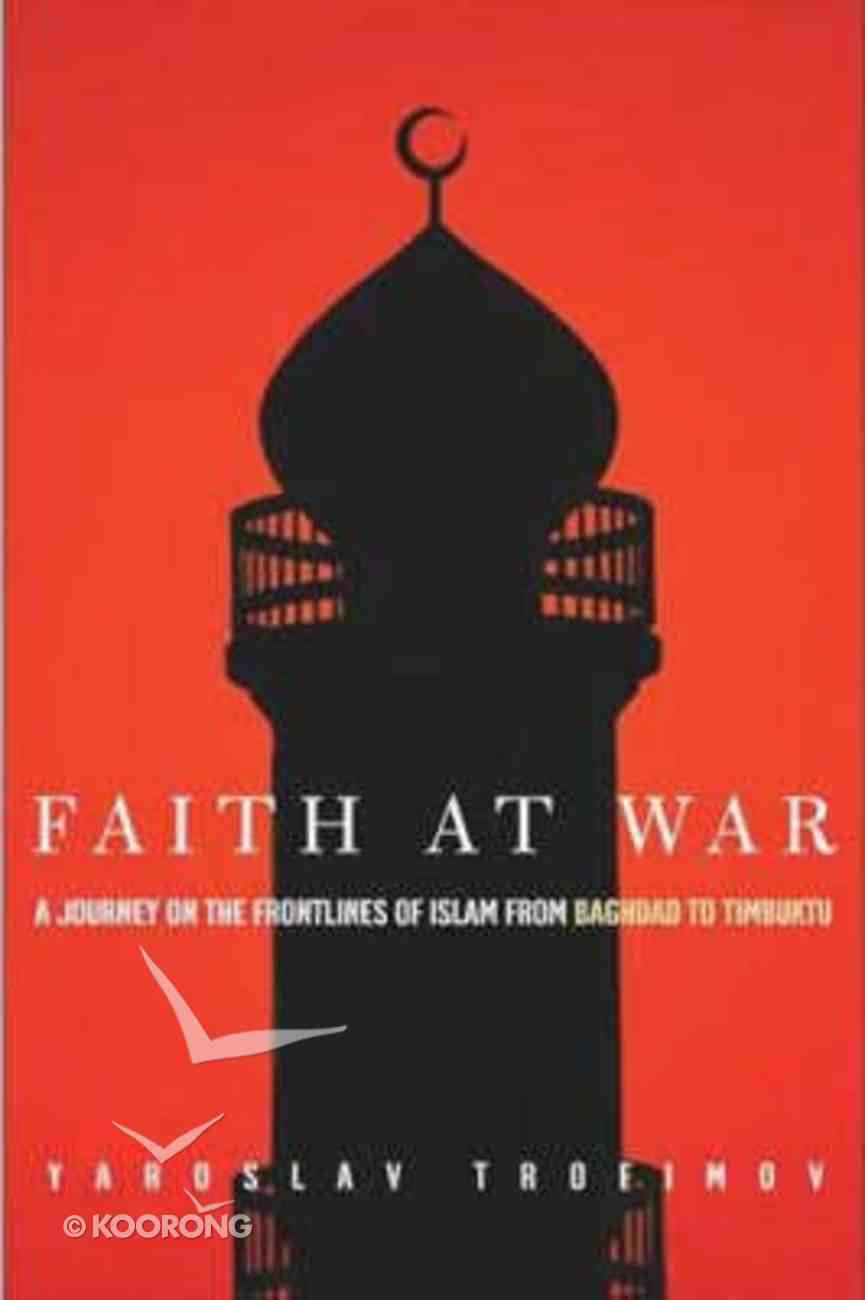 "To read Yaroslav Trofimov's dispatches from around the Muslim world in The Wall Street Journal was to find the unexpected, the interesting and the true. Now he has delivered a beautifully written book that is at once enormously well reported,...

"To read Yaroslav Trofimov's dispatches from around the Muslim world in The Wall Street Journal was to find the unexpected, the interesting and the true. Now he has delivered a beautifully written book that is at once enormously well reported, humane and amusing, even as he takes on such serious subjects as the deeply flawed occupation of Iraq. I could not recommend it more highly." --Peter Bergen, CNN terrorism analyst, author of Holy War, Inc. "Yaroslav Trofimov writes in such an eloquent and vivid way that, while reading this fascinating book, we involuntarily travel with its author through the lands of Islam. It is an immensely instructive expedition inside a world that amazes us with its richness, variety, and astonishing paradoxes." --Ryszard Kapuscinski "Yaroslav Trofimov's Faith at War is not only a breathtaking account of what a sharp-eyed reporter sees, feels and understands under fire and duress while crisscrossing the Muslim world set ablaze by the consequences of 9/11; it is also a great contribution to the intricate relation between faith, war and terror which is at the core of the new century and will be molding the state of world affairs for quite a while. A brilliant narrative, with a vibrant human dimension." --Gilles Kepel, Professor and Chair of Middle East Studies, Institute of Political Studies, Paris; author of The War for Muslim Minds and Jihad "Faith at War is a clear-eyed and compelling narrative from behind the front lines of the ever escalating conflict between Islam and the West. From Jeddah to Baghdad, from Kabul to Beirut, Trofimov's stories of death, honor, intrigue and war provide a penetrating, nuanced, and necessary antidote to the bland homilies of the nightly news." --Craig Unger, author of House of Bush, House of Saud f0 "A landmark book about the crisis of Islam today. Trofimov takes us into a Muslim world as much at war with itself as it is with American cultural hegemony, to places where McDonald's competes with Wahhabi fundamentalism and memory of the Crusades is as fresh as rage over the most recent air strike by American F-18s. His work brings to mind the best of V. S. Naipaul." --Evan Wright, author of Generation Kill
-Publisher

Drawing on reporting from more than a dozen Islamic countries,Faith at Waroffers an unforgettable portrait of the Muslim world after September 11. Choosing to invert the question of what "they" have done to "us,"Wall Street Journalreporter Yaroslav Trofimov examines the unprecedented American intrusion in the Muslim heartland and the ripples it has caused far beyond the battlefields of Afghanistan and Iraq. What emerges is a penetrating portrait of people, faith, and countries better known in caricature than reported detail. The ordinary Muslims, influential clerics, warlords, jihadis, intellectuals and heads of state we meet are engaged in conversations that reveal the Muslim world to us from a new, unexpected perspective.

In Mali, one of the most successful democracies in Africa, we encounter Ousmane Madani Haidara, an influential cleric who sees Wahhabi extremists, rather than his country's secular government, as the real enemy of the true faith. In Saudi Arabia, we explore the bizarre world of exporting dead bodies from a kingdom that bars the burial of non-Muslims. On a US Navy aircraft carrier floating just off the coast of Pakistan in October 2001, we witness the mechanics of war: the onboard assembly of bombs that, hours later, are seen on T.V. exploding in Kabul. And in Iraq, we accompany Trofimov as he negotiates his escape from an insurgent mob, rides in a Humvee with trigger-happy GIs, and gets lectured by a Shiite holy man on why America is the foe of mankind.

Whether exploring the badlands of the Sahara or a snow-covered village of Bosnian mujahedeen,Faith at Warhelps us understand the hidden relationships and often surprising connections, so crucial to America's future, that link the Islamic world to our own.