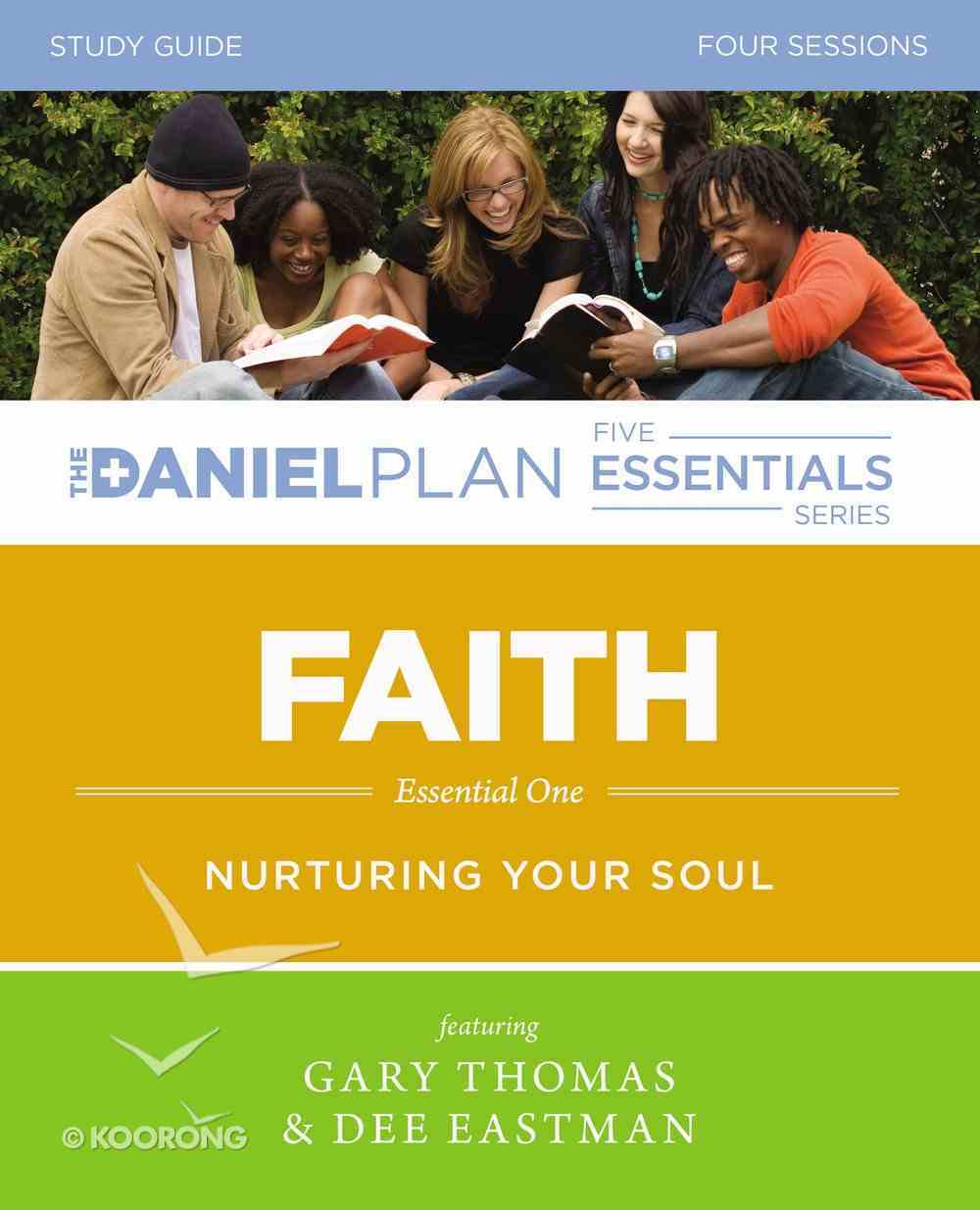 : In this four-session video-based Bible study, The Daniel Plan team explores both the spiritual and the health benefits of following a healthy lifestyle by focusing on the first essential of The Daniel Plan: Faith. The sessions include: ...

:
In this four-session video-based Bible study, The Daniel Plan team explores both the spiritual and the health benefits of following a healthy lifestyle by focusing on the first essential of The Daniel Plan: Faith.

God's Power, Not Willpower The Life You've Always Wanted Trusting God Moment by Moment Intentional Living
Each session will highlight testimony from those who have incorporated The Daniel Plan into their everyday lifestyle, plus tips on getting started and medically based information on maintaining a healthy lifestyle by following The Daniel Plan. Each of the other DVD/Study guides will focus on another essential: Food, Fitness, Focus, Friends.