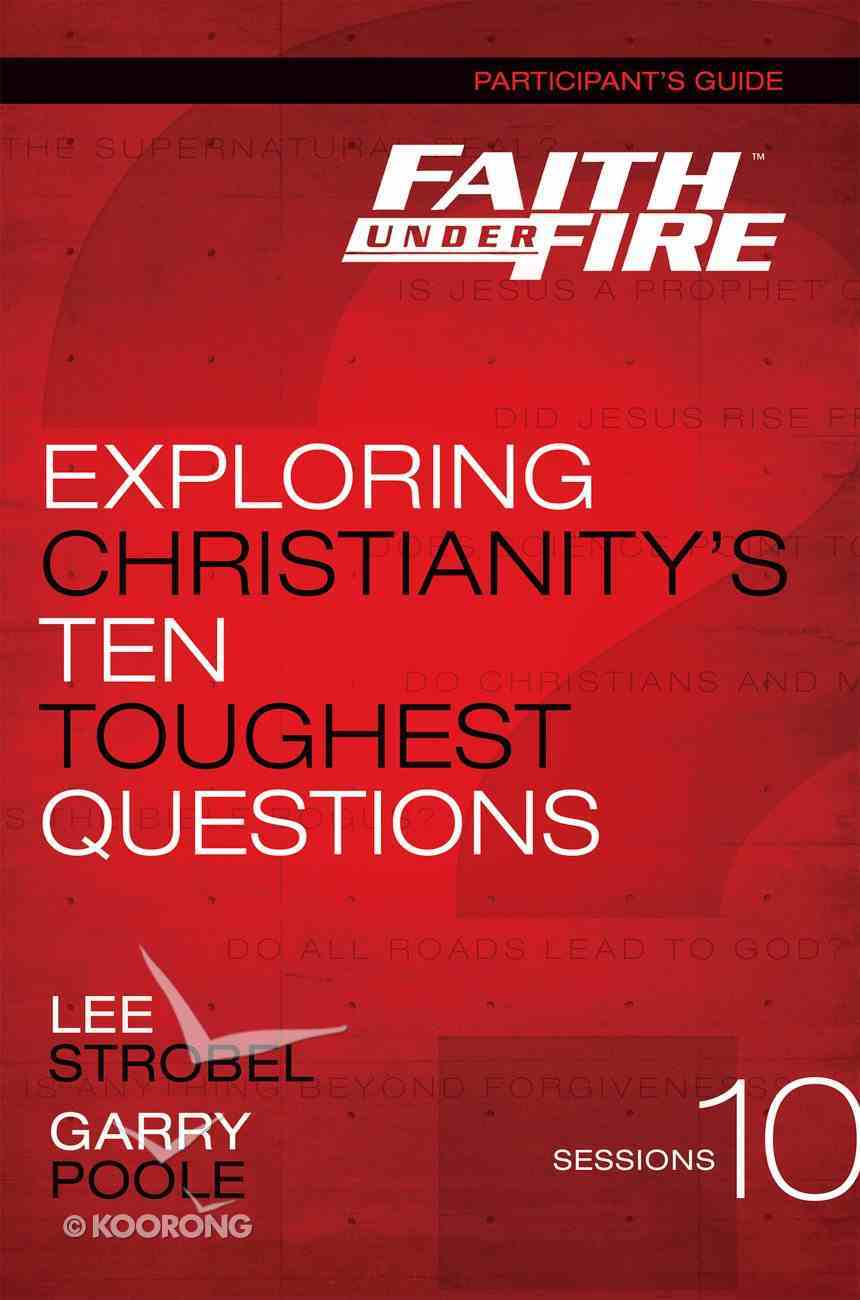 In this ten-session small group Bible study (DVD/digital video sold separately), Faith Under Fire: Exploring Christianity's Toughest Questions, Lee Strobel hosts interviews and debates between knowledgeable and passionate experts discussing what they believe and why they believe it. ...

The Case For Heaven: A Journalist Investigates Evidence For Life After Death
Lee Strobel
Hardback

In this ten-session small group Bible study (DVD/digital video sold separately), Faith Under Fire: Exploring Christianity's Toughest Questions, Lee Strobel hosts interviews and debates between knowledgeable and passionate experts discussing what they believe and why they believe it.


This dynamic study answers tough questions about the existence of God, Christianity and Islam, the reliability of the Bible, faith and science, and many others issues.


Bestselling author Lee Strobel hosts spirited discussions between well-respected Christians, people of other faiths, and people with no faith at all, on the some of the most important spiritual and social issues of our time. This study Guide will help you and your group sift through and gain understanding on controversial and relevant issues that surround the Christian faith and many of its most pertinent cultural issues.


Each session includes video from the corresponding video study DVD (sold separately) in which leading Christian and non-Christian voices engage in forceful but fair debate. You and your group will consider what you've heard and discuss. Strobel provides additional comments to guide small group discussion.

Is the Supernatural Real? Is Jesus a Prophet or the Son of God? Did Jesus Rise from the Dead? Do All Roads Lead to God? Is the Bible Bogus? Does Science Point to a Creator? Is Anything Beyond Forgiveness?Why Does God Allow Pain and Suffering? The Mystery of the Trinity? Do Christians and Muslims Worship the Same God?
Designed for use with the Faith Under Fire Video Study (sold separately).