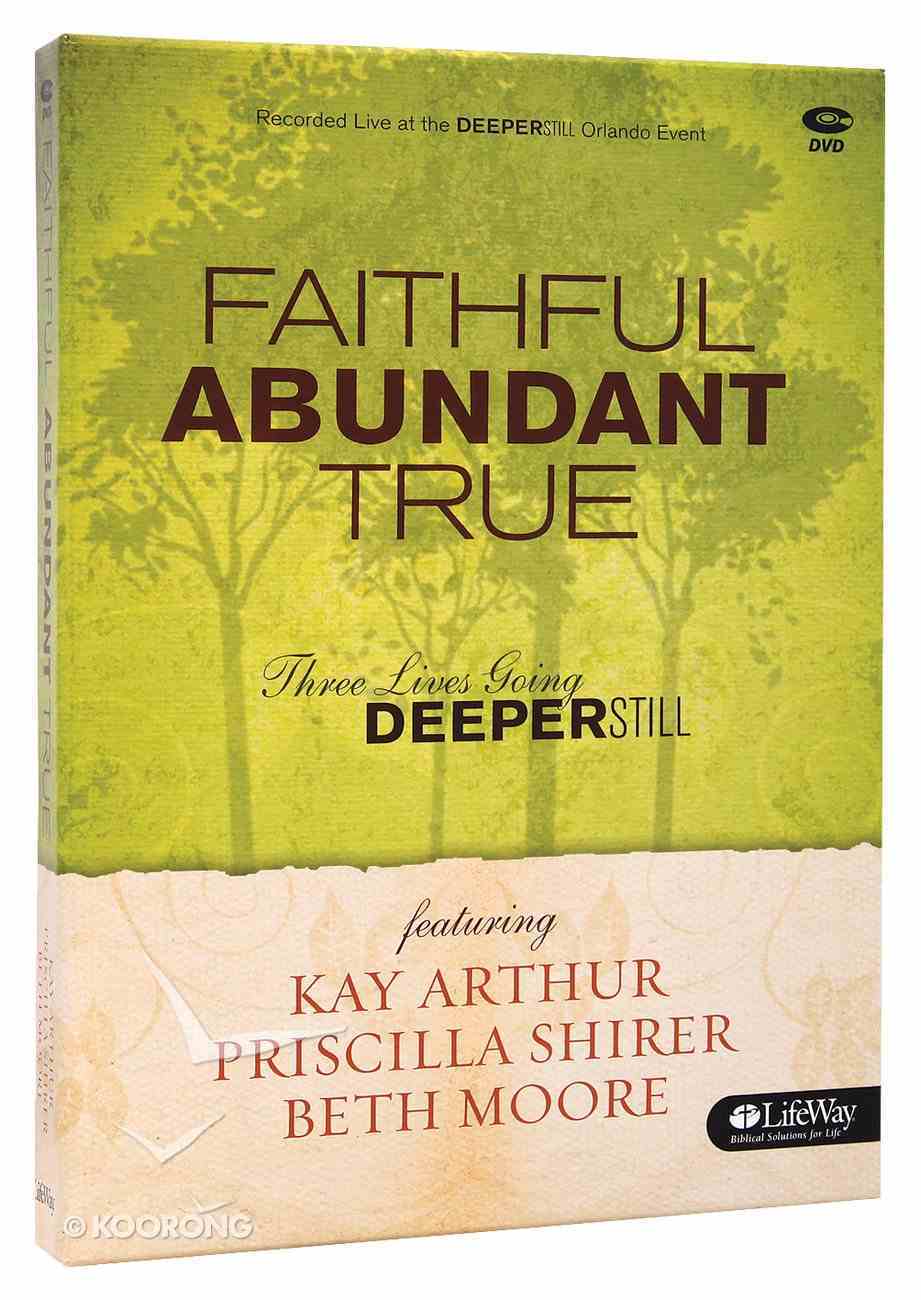 Join Beth Moore, Kay Arthur, and Priscilla Shirer in a women's Bible study recorded live at the Orlando Deeper Still conference. - Kay Arthur teaches from basically, the entire book of Hebrews! Hebrews is both an example of God's faithfulness...

Join Beth Moore, Kay Arthur, and Priscilla Shirer in a women's Bible study recorded live at the Orlando Deeper Still conference.
- Kay Arthur teaches from basically, the entire book of Hebrews! Hebrews is both an example of God's faithfulness and a challenge to believers to be faithful in difficult times.
- Priscilla Shirer teaches from Ephesians 3:20-21 on God's abundance. A fundamental basis for every believer is the absolute reality that God can do whatever He chooses to do. God's ability empowers our faithfulness.
- Beth Moore teaches on the topic of discernment. In these difficult days it is absolutely essential that we learn to trust the Holy Spirit to enable us to determine what is true and what is false.

While these three women each speak on the distinctive topic the Holy Spirit had lead them to teach, the messages result in a marvelous blend. Kay challenges us to faithfulness in difficult days. Priscilla points to the essential of trust in God's ability, and Beth teaches on how to discern truth from error in these difficult days.

Women can use the DVD-based videos and versatile study guide in a retreat setting or for a seven-session Bible study with two weeks of teaching each from Kay, Priscilla, and Beth. In a seventh-session, both hilarious and helpful, all three teachers answer questions submitted by attendees at the conference.

Participants will watch the video sessions and unpack the rich teaching through Scripture study and personal application. Made to fit women's busy schedules, this brief format will take most women 15 to 30 minutes daily.