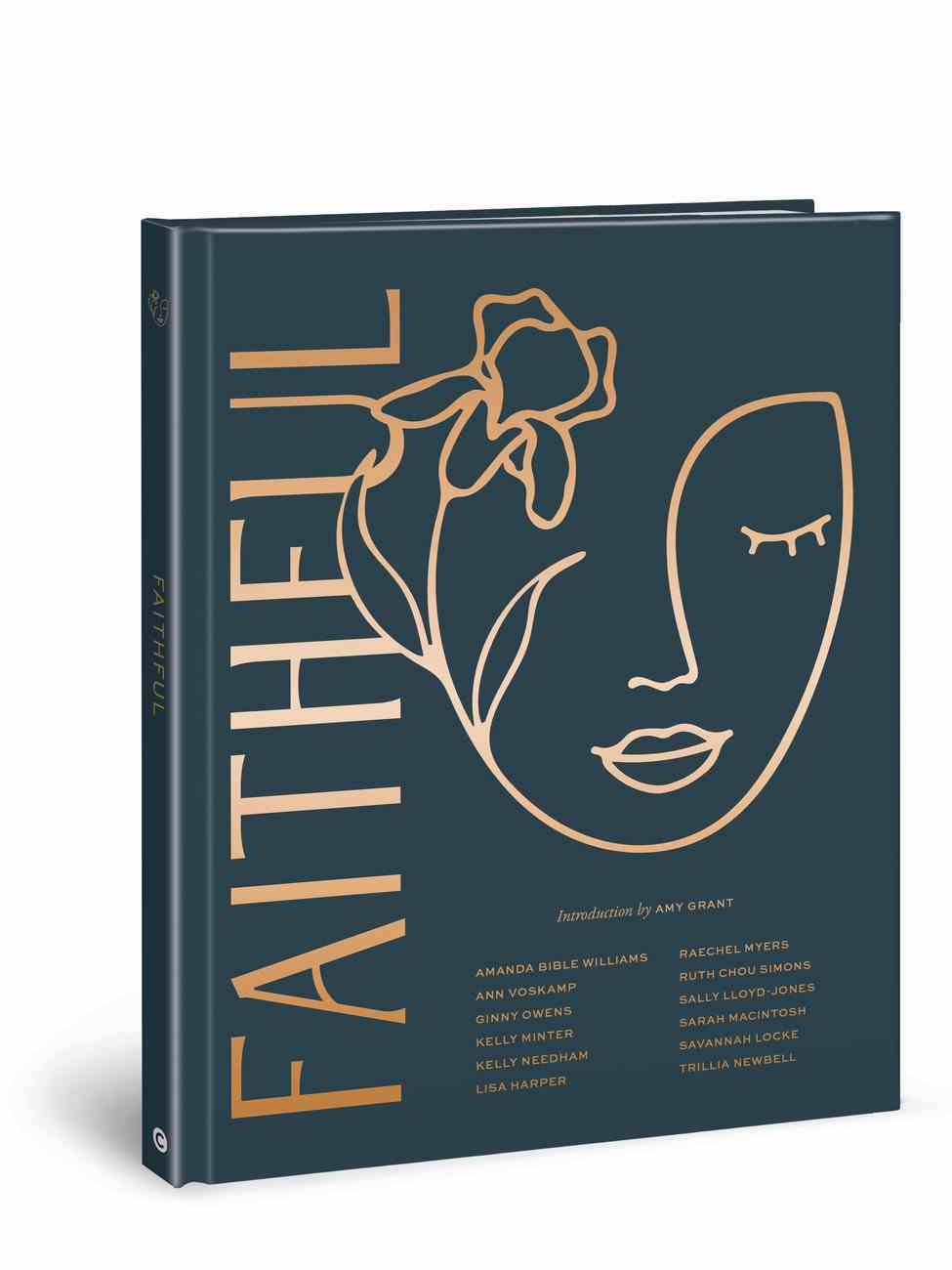 :As they examine the stories of incredible women of the Bible, readers will find hope, encouragement, and a strong sense of community in this beautiful, eclectic collection of writing, photos, and lyrics that reflect God's faithfulness. Bringing together some...

Expected to ship in 4 to 5 weeks from Australia.
Learn More
Free Shipping
for orders over $99.

Living Beyond Your Feelings: Controlling Emotions So They Dont Control You
Joyce Meyer
Paperback

:As they examine the stories of incredible women of the Bible, readers will find hope, encouragement, and a strong sense of community in this beautiful, eclectic collection of writing, photos, and lyrics that reflect God's faithfulness. Bringing together some of the most beloved Christian authors and songwriters of today, Faithful guides readers through the pages of Scripture to increase understanding of how God has always valued the integral role of females and how that shapes the lives of women today.

The Faithful project is a collaboration between three major ministry partners: David C Cook, Integrity Music, and Compassion International. The accompanying album and a 2021 tour of live events celebrates the contributions of women while recognizing their empowerment through the faithfulness of God.

This beautiful, creative book will invite readers to return again and again for reflection and inspiration through guided scripture reading and writing prompts.

Ann Voskamp is a writer with DaySpring (a division of Hallmark), a contributing editor to Laity Lodge's The High Calling, and a global advocate for the poor traveling for Compassion International. With an educational background in psychology and education from York University and the University of Waterloo, Ann and her husband are farmers in the Mennonite countryside of southwestern Ontario, raising a half dozen kids, crops of corn, and the roof in praise. She writes every day about the everyday wonder every day at www.aholyexperience.com .

Kelly Needham is married to popular Christian singer and songwriter Jimmy Needham. She first began writing and speaking to his fan base in 2008 as they traveled together and has since garnered a much wider platform. Kelly is a regular contributor for Revive Our Hearts , and her writing has been featured at Desiring God , The Gospel Coalition, The Ethics and Religious Liberties Commission, Eternal Perspectives Ministries, and Crosswalk. She has been on staff at two different churches, serving in youth, college, and women's ministry. Kelly and Jimmy live in the Dallas area with their three children, Lively, Sophia, and Benjamin.

Ruth Chou Simons is an artist, writer, entrepreneur, and speaker. As author of the bestselling book GraceLaced and creator of the popular GraceLaced online shoppe, blog, and Instagram community, she shares scriptural truths daily through her hand-painted artwork and words. Ruth and her husband, Troy, live on the western slope of Colorado and are grateful parents to six sons - their greatest adventure. Ruth's first book, GraceLaced, won a 2018 Christian Book Award.

Trillia Newbell is director of community outreach for the Ethics and Religious Liberty Commission of the Southern Baptist Convention. A frequent conference speaker, her writing has appeared in Christianity Today, Desiring God, The Gospel Coalition, and more. Her books include Enjoy, Fear and Faith, United, and God's Very Good Idea. She and her family live near Nashville.

A Woman After God's Own Heart
Elizabeth George
Imitation Leather

The Power of a Woman's Words
Sharon Jaynes
Paperback