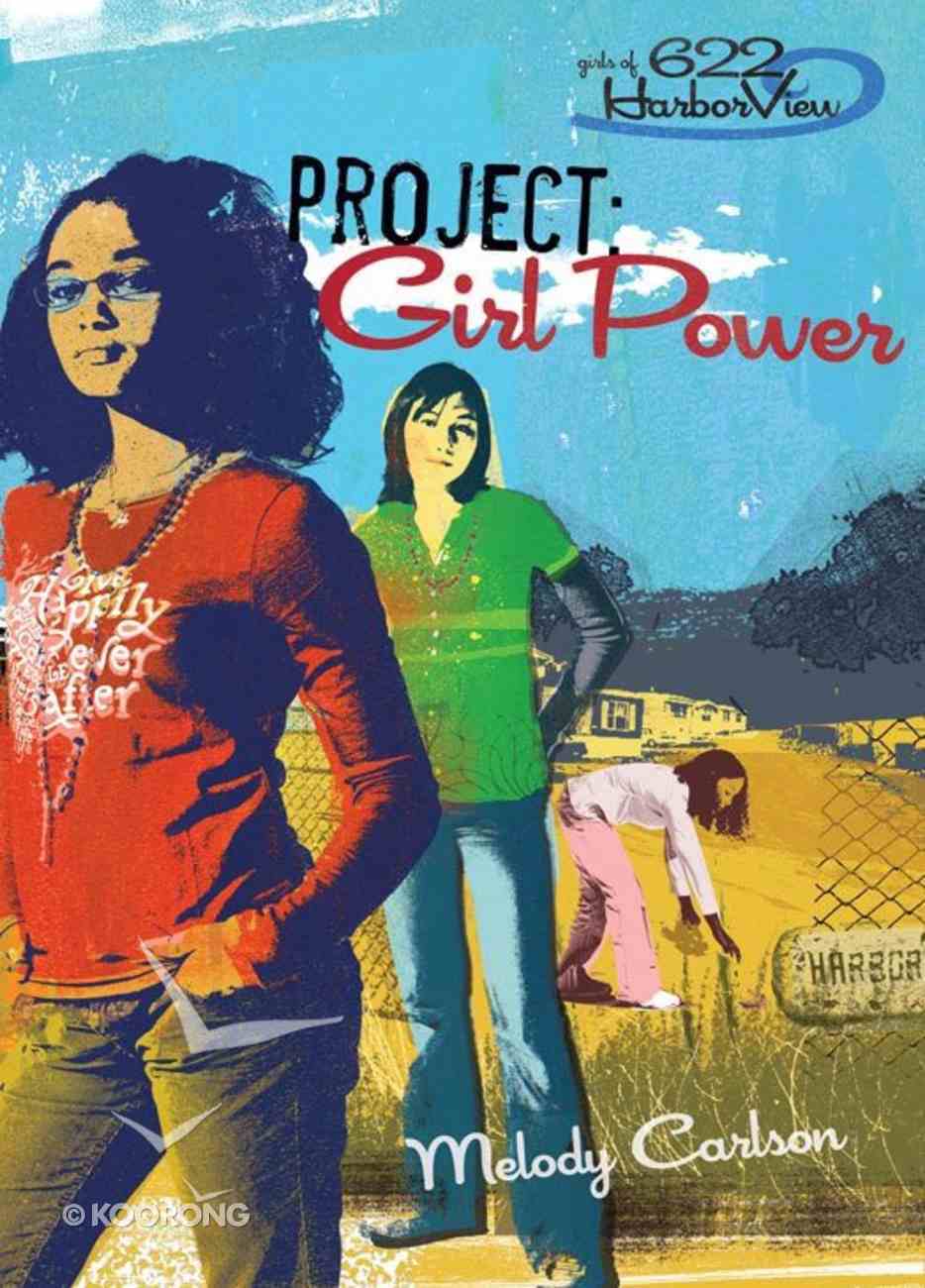 In book one of the Faithgirlz series---the Girls of 622 Harbor View---after a face-off with a group of bullies, Morgan, Amy, Carlie, and Emily decide to walk to and from school together. There's safety in numbers. Then the girls notice...

In book one of the Faithgirlz series---the Girls of 622 Harbor View---after a face-off with a group of bullies, Morgan, Amy, Carlie, and Emily decide to walk to and from school together. There's safety in numbers. Then the girls notice how ugly their mobile home park looks. With help from other people in the park, they beautify Harbor View---even though the bullies vandelize their garden.

Written by bestselling author melody carlson. Meet Morgan, Amy, Carlie, and Emily. They all live in the trailer park at 622 Harbor View in tiny Boscoe Bay, Oregon. Proximity made them friends, but a desire to make the world a better place-and a willingness to work at it-keeps them together. In the first book of this new series, Project: Girl Power,bullies knock Emily from her bike on her way home from school, so the girls start walking together because there's safety in numbers. With help from other people in the park, they set out to beautify Harbor View. In book two, Project: Mystery Bus, the girls begin summer by working to clean and restore their bus to use as a clubhouse. And thus begins the Rainbow Club. In book three, Project: Rescue Chelsea, Carlie makes a new friend. Chelsea Landers lives in a mansion and isn't always very kind. Carlie would like a best friend, but will Chelsea fit in with her other friends? In book four, Project: Take Charge, the girls decide to take action when they find out their town's only city park has been vandalized and may soon be turned into a parking lot. MELODY CARLSON In sixth grade, Melody Carlson helped start a school newspaper called The BuccaNews (her school's mascot was a Buccaneer-argh!). As editor of this paper, she wrote most of the material herself, creating goofy phony bylines to hide the fact that the school newspaper was mostly a one-"man" show. She lives in Sisters, OR. Visit her at www.MelodyCarlson.com

Melody Carlson has published over ninety books for adults, children, and teens, with sales totaling more than two million and many titles appearing on the ECPA Bestsellers List. Several of her books have been finalists for, and winners of, various writing awards, including the Gold Medallion and the RITA Award. Some of her popular multi-volume series include Diary of a Teenage Girl and True Colours.