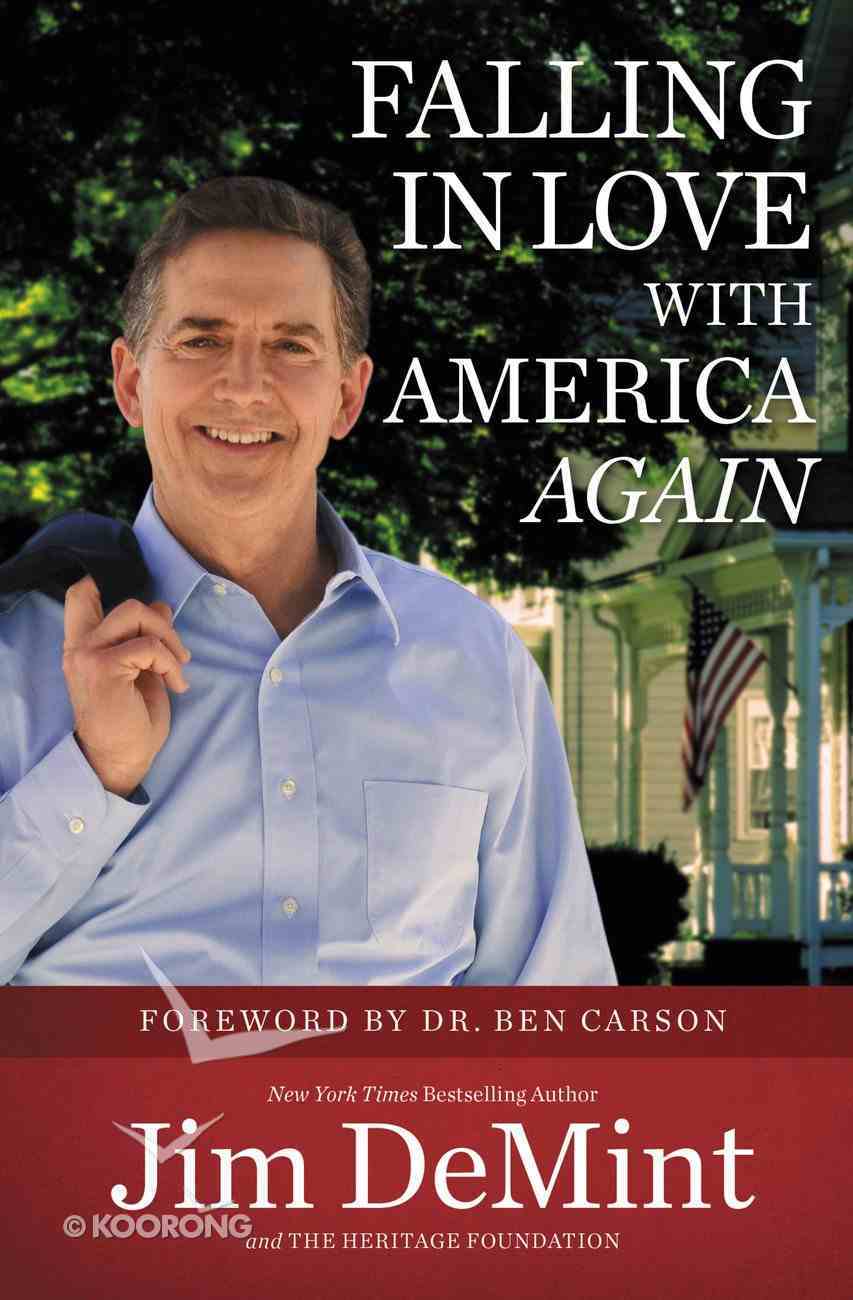 Falling in Love With America Again

Serving within the supposed pinnacles of power as a respected and influential U.S. Senator from South Carolina, Jim DeMint often felt frustrated and powerless to fight against the frightening growth of the federal bureaucracy and refute...

We've Got It Made in America
John Ratzenberger, Joel Engel
eBook

Tell Them I Love Them
Joyce Meyer
eBook

Serving within the supposed pinnacles of power as a respected and influential U.S. Senator from South Carolina, Jim DeMint often felt frustrated and powerless to fight against the frightening growth of the federal bureaucracy and refute the mistaken idea that ever-bigger government is the solution to the nation's problems.


In his new role as president and CEO of The Heritage Foundation, Jim DeMint has taken on the daunting responsibility of helping to lead Americans themselves to change their country's course, of redirecting us back to our founding principles and restoring and protecting our economy and culture for future generations. He realized that he - and all of us as fellow citizens - must fall in love with America - again.


In this book, DeMint illustrates why Americans must rediscover the power, ingenuity and creativity of our little platoons. He then introduces Americans all across the country whose patriotism was nurtured in exactly the same way, recounting example after example of how they're working together locally in what he calls the "little platoons" - the families, churches, communities and voluntary organizations succeeding on the model that smaller is better. They are the hands-on citizens who make America the exceptional, caring and can-do country it has always been.


DeMint illustrates why each of us - regardless of political party, age, race, religion or ethnicity - must rediscover the power we represent. The country's future is at risk, not just because of constant pressure from "the Bigs" (big government, big banks, big labor, big Wall Street cronies etc.), but because so many of us fear it's too late to solve problems so huge and seemingly intractable. Jim DeMint is here to reassure us that this is not true.


In riveting yet plainspoken style, he tells real-life success stories and educates us via logical, historical and fact-based explanations of the issues (education, taxation, regulation, poverty, labor, health-care, environmentalism, Federalism and more). He affirms the compelling truth that conservative ideas are really American ideas, and they must guide us as we turn our institutions upside-down, taking them from the top-down centrally-controlled bureaucracies they've become back to the bottom-up democratic framework the Constitution intended.


Through this heartfelt, fascinating and inspiring look inside the America of both yesterday and today, and the everyday citizens who are working tirelessly and selflessly to insure its future fulfills the promise of its beginnings, Jim DeMint is beckoning us to join him on one of the most meaningful and momentous journeys we have ever undertaken together: FALLING IN LOVE WITH AMERICA AGAIN.

Jim DeMint was elected senator of South Carolina in 2004 and then chairman of the Senate Steering Committee in 2006. For standing up against wasteful spending in Congress and saving Americans about $17 billion, Wall Street Journal editor Steve Moore called DeMint the "taxpayers' greatest ally." DeMint was also recently ranked as the Senate's most conservative member by National Journal and as the No. 1 senator voting for responsible tax and spending policies by the National Taxpayers Union. He has authored Saving Freedom: We Can Stop America's Slide into Socialism and Why We Whisper: Restoring Our Right to Say It's Wrong.
-Editorial Review.

Dr. Benjamin Carson MD is professor and director of paediatric neurosurgery at Johns Hopkins Medical Institutions and the author of three other bestselling books, Gifted Hands, Think Big and The Big Picture. He overcame an inner-city background to become a world renowned neurosurgeon, widely respected role model, he shares motivational insights with inner-city kids and corporate executives alike. He serves on the corporate boards of The Kellogg Company, Costco Wholesale Corp., and American's Promise among others, and is an Emeritus Fellow of the Yale Corporation. Dr. Carson holds more than 40 honorary doctorates and has been named by the Library of Congress as one of 89 Living Legends. He and his wife, Candy, have three sons and live in Baltimore County, Maryland.

Prayer in the Night: For Those Who Work Or Watch Or Weep
Tish Harrison Warren
Hardback