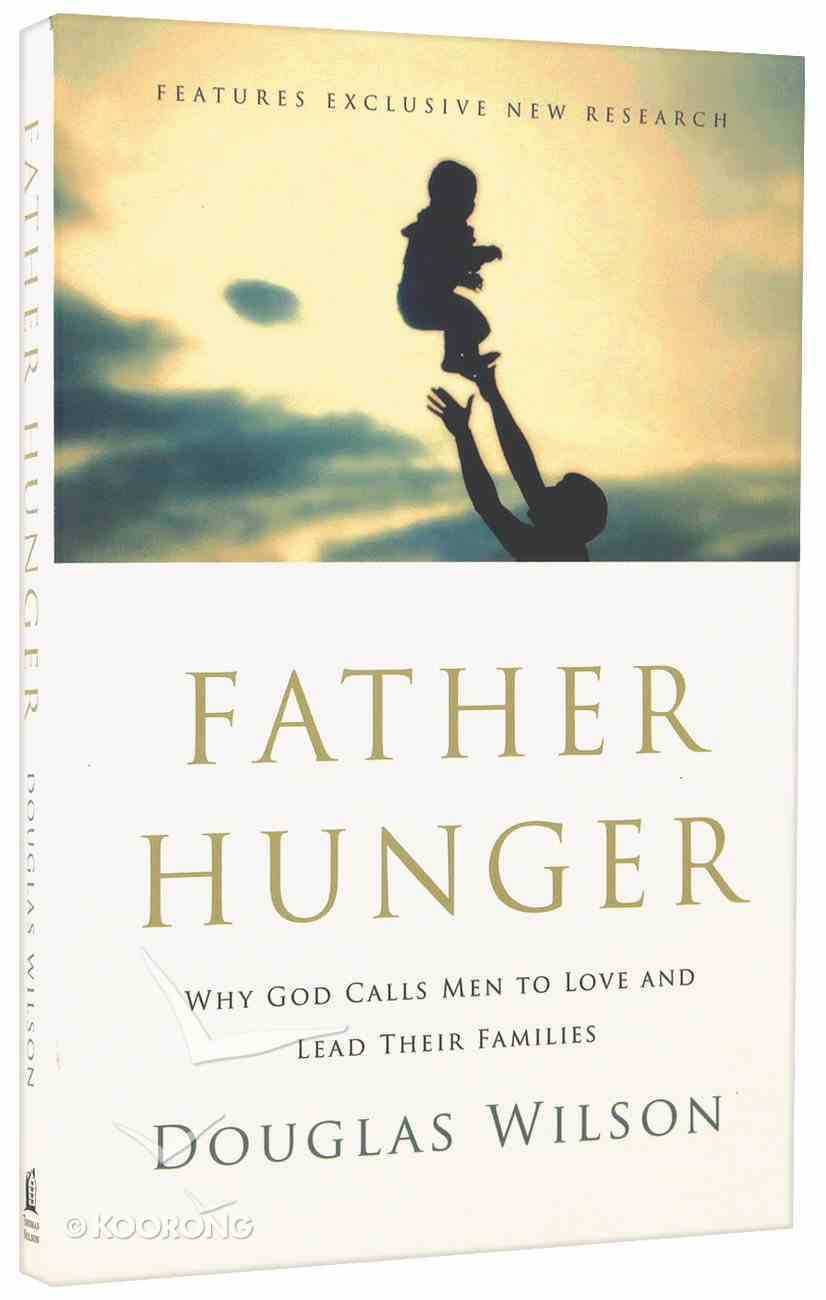 Fatherlessness is a "rot that is eating away at the modern soul," writes Douglas Wilson, and the problem goes far beyond physical absence. "Most of our families are starving for fathers, even if Dad is around, and there's a huge...

Fatherlessness is a "rot that is eating away at the modern soul," writes Douglas Wilson, and the problem goes far beyond physical absence. "Most of our families are starving for fathers, even if Dad is around, and there's a huge cost to our children and our society because of it." Father Hunger takes a thoughtful, timely, richly engaging excursion into our cultural chasm of absentee fatherhood. Blending leading-edge research with incisive analysis and real-life examples, Wilson:
* Traces a range of societal ills - from poverty and crime to joyless feminism and paternalistic government expansion - to a vacuum of mature masculinity.
* Explains the key differences between asserting paternal authority and reestablishing true spiritual fathering.
* Uncovers the corporate-fulfilment fallacy and other mistaken assumptions that undermine fatherhood.
* Extols the benefits of restoring fruitful fathering, from stronger marriages to greater economic liberty.
* Filled with practical ideas and self-evaluation tools, Father Hunger both encourages and challenges men to "embrace the high calling of fatherhood," becoming the dads that their families and our culture so desperately need them to be.

"Father Hunger illustrates one of the greatest influences or lack thereof on the identity of a man: a father. Read a book that will strike an invisible chord in the lives of men both lost and found."
- Dr. Eric Mason, pastor of Epiphany Fellowship, Philadelphia

Douglas Wilson has an M.A. in philosophy from the University of Idaho and has pastored Christ Church, in Moscow, Idaho, since 1977. He is a prolific author, with more than thirty titles, including two children's books, a selection of poetry, and two biographies. He is best known for his books on education, which have helped to spark the Classical Education movement, and the respected Family Series, which he wrote with his wife on marriage and family.
As well as pastoring Christ Church, Doug serves as the moderator for the Anselm Presbytery of the Confederation of Reformed Evangelical Churches (CREC). He has been involved in founding and teaching at Logos School, New Saint Andrews College, and Greyfriars Hall. He is the editor of Credenda Agenda magazine, which, given the other editors he has to work with, is too much fun. He has contributed to numerous books and magazines (such as Ligonier Ministry's Tabletalk over the years.

Do Something Beautiful: The Story of Everything and a Guide to Finding Your Place in It
York R Moore
Paperback

The Storm-Tossed Family: How the Cross Reshapes the Home
Russell Moore
Hardback