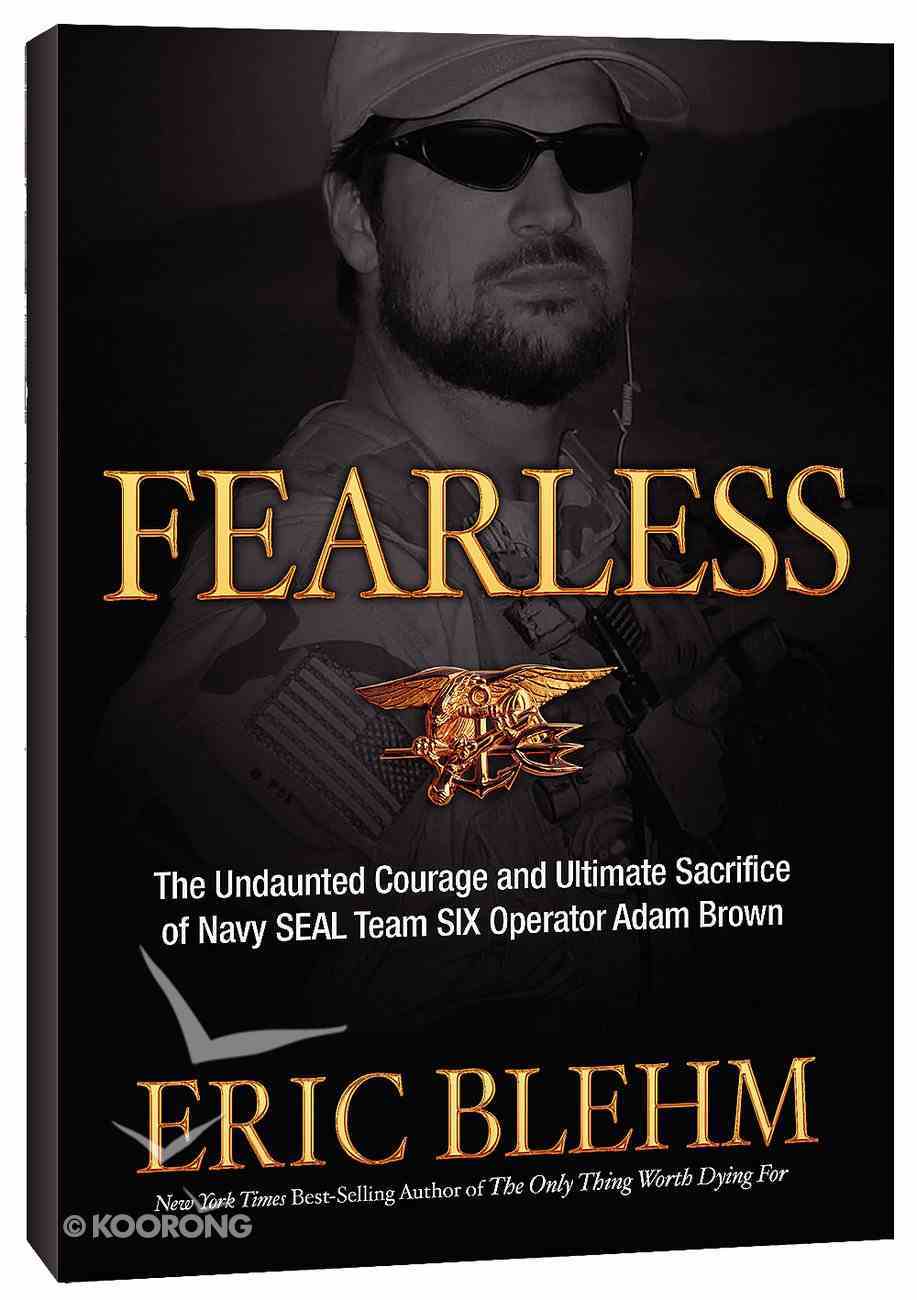 This is the compelling portrait of unlikely war hero Adam Brown. Follow Adam's journey from a rural childhood, through troubled youth, to training as an elite Navy SEAL, then to active duty ... and the ultimate sacrifice. This is the...

I've Seen the End of You: A Neurosurgeon's Look At Faith, Doubt, and the Things We Think We Know
W Lee Warren
Hardback

This is the compelling portrait of unlikely war hero Adam Brown. Follow Adam's journey from a rural childhood, through troubled youth, to training as an elite Navy SEAL, then to active duty ... and the ultimate sacrifice. This is the story of a man of extremes, a warrior fueled by faith and love of family.

Fearless takes you deep into SEAL Team SIX, straight to the heart of one of its most legendary operators.

When Navy SEAL Adam Brown woke up on March 17, 2010, he didn’t know he would die that night in the Hindu Kush Mountains of Afghanistan—but he was ready: In a letter to his children, not meant to be seen unless the worst happened, he wrote, “I’m not afraid of anything that might happen to me on this earth, because I know no matter what, nothing can take my spirit from me.”

Long before Adam Brown became a member of the elite SEAL Team SIX—the counterterrorism unit that took down Osama bin Laden—he was a fun-loving country boy from Hot Springs, Arkansas, whose greatest goal had been to wear his high school’s football jersey. An undersized daredevil, prone to jumping off roofs into trees and off bridges into lakes, Adam was a kid who broke his own bones but would never break a
promise to his parents.

But after high school, Adam fell in with the wrong crowd, and his family watched as his appetite for risk dragged him into a downward spiral that eventually landed him in jail. Battling his inner demons on a last-chance road to redemption, Adam had one goal: to become the best of the best—a U.S. Navy SEAL.

An absorbing chronicle of heroism and humanity, Fearless presents an indelible portrait of a highly trained warrior who would enter a village with weapons in hand to hunt terrorists, only to come back the next day with an armload of shoes and meals for local children. It is a deeply personal, revealing glimpse inside the SEAL Team SIX brotherhood that also shows how these elite operators live out the rest of their lives, away from danger, as husbands, fathers, and friends.

Fearless is the story of a man of extremes, whose courage and determination was fueled by faith, family, and the love of a woman. It’s about a man who waged a war against his own worst impulses and persevered to reach the top tier of the U.S. military. Always the first to volunteer for the most dangerous assignments, Adam’s final act of bravery led to the ultimate sacrifice.

Adam Brown was a devoted man who was an unlikely hero but a true warrior, described by all who knew him as fearless.

Eric Blehm is the former editor of "Transworld SNOWboarding", author of "Agents of Change: The Story of DC Shoes and Its Athletes", and coauthor of "P3: Pipes, Parks, and Powder". "The Last Season" was a Book Sense bestseller and a Barnes & Noble Discover selection. He lives in southern California with his wife and son.

Adam Brown’s civilian and military life has been recounted to me by his family, friends, and teammates—all eyewitnesses to each event portrayed in this book, including what Adam told them directly about his history and spiritual testimony. I also used official documents, statements, military records and reports, criminal records, family archives, letters, e-mails, and journal and diary entries. Some dates, locations, times, distances, and names (including those of some civilians) have been changed; faces in photographs obscured; and military tactics, techniques, and procedures altered in order to maintain operational security for the safety of the U.S. Navy SEALs
and those who work alongside them.

All information about the Naval Special Warfare Development Group, the SEALs, and individuals (including the use of real names) has already been published widely by the media and is deemed common knowledge. Nearly a dozen active-duty SEAL operators—including those in leadership roles—have unofficially, but no less meticulously, reviewed this manuscript for factuality and to point out any issues that might endanger lives in future operations. I have removed or rewritten sections to their approval, and in the few cases of discrepancy among the operators, I went with
the majority. Any vagueness in the manuscript is intentional, to protect these men and their allies.

All quotes, slang, inner thoughts, dialogue, and descriptions have been conveyed to me by those intimately involved in the story to the best of their ability and individual memories. Nothing has been contrived, dramatized, or fabricated.
What you are about to read is the account of an American hero who bravely gave permission in his final written requests to share his journey, from small-town America to the gutter to jail to Jesus to war to the top tier of the U.S. military: SEAL Team SIX.