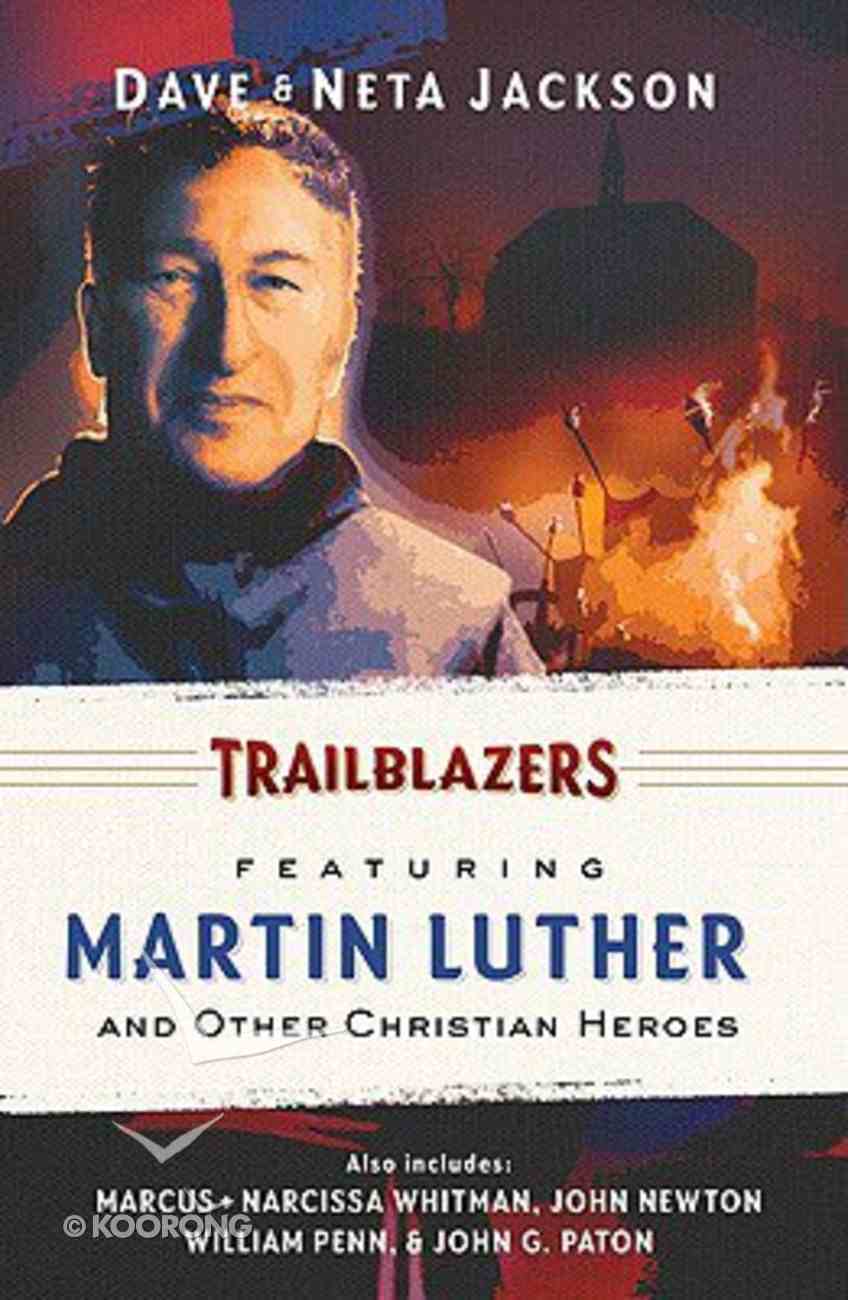 Faith and History Come to LifeThroughout history, steadfast Christians have paved the way for dramatic changes in the world. The Christian heroes from the TRAILBLAZER BOOKS had the courage and strength to stand up for the God they believe in....

Faith and History Come to LifeThroughout history, steadfast Christians have paved the way for dramatic changes in the world. The Christian heroes from the TRAILBLAZER BOOKS had the courage and strength to stand up for the God they believe in. Their amazing stories of hope and adventure, described through the eyes of young fictional characters, are timeless lessons for young and old.Spy for the Night RidersFifteen-year-old Karl Schumacher feels very fortunate to be a student and servant for the highly respected university professor and church-reformer Dr. Martin Luther, until a violent revolt forces Luther and his followers to fear for their lives.Attack in the Rye GrassThe Native Americans are scared and angry when a group of white settlers arrives on the Oregon Coast, bringing with them the deadly measles virus. So twelve-year-old Perrin Whitman works with his uncle and aunt, missionaries Marcus and Narcissa Whitman, to keep the peace.Sinking the DayspringAfter the death of his mother, young Kevin Gilmore finds himself alone and penniless until he discovers the Dayspring and missionary John Paton; soon Kevin finds himself traveling with Paton to bring much-needed supplies to the missionaries of the South Seas.Hostage on the NighthawkWhen Theodore Story and his family become hostages on the pirate ship Nighthawk, they must trust the help of the Indian boy Tammany, who has a good relationship with the Storys' close family friend Governor William Penn.The Runaway's RevengeAfter years of mistreatment at the hands of his owner, former slave Hamilton Jones wants revenge on John Newton, who was responsible for bringing Hamilton's mother to America, but Hamilton doesn't find the evil man that he thought Newton to be.
-Publisher

Dave Jackson is coauthor, with his wife, Neta, of the award-winning Trailblazer Books and the Hero Tales series, as well as No Random Act, the story behind the 1999 murder of Coach Ricky Byrdsong. Dave holds a degree in journalism from Judson College and has a prolific writing career, including books on racial reconciliation and ministry to kids in gangs. Dave and Neta are members of Chicago Tabernacle, a multiracial congregation and daughter church of the Brooklyn Tabernacle. They live in Evanston, Illinois.