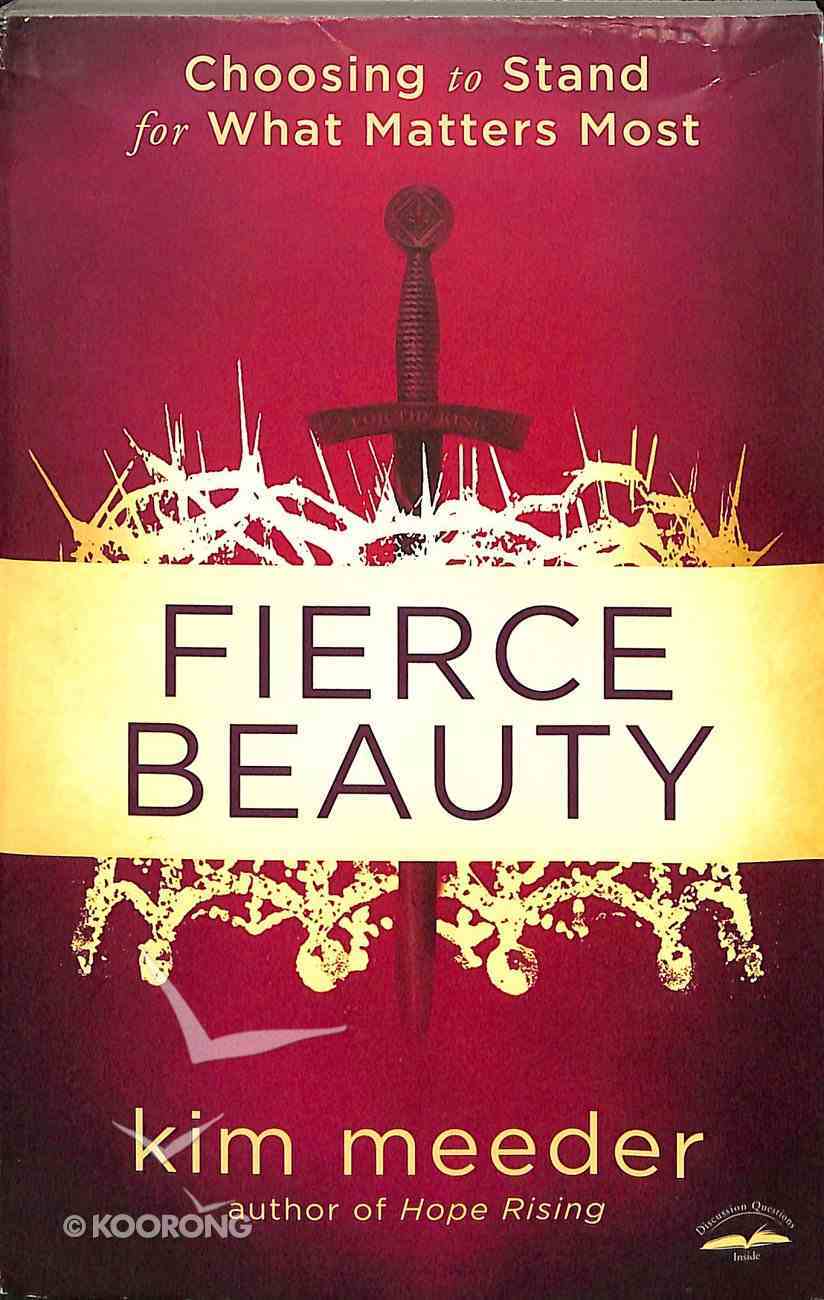 True beauty is not about how you look… but how you live. Women are constantly bombarded with the lie that how we look is far more important than who we are . It’s time for a clarion call...


Women are constantly bombarded with the lie that how we look is far more important than who we are. It’s time for a clarion call back to the truth.


Journey with gifted storyteller Kim Meeder as she encourages women to see that true value is defined by our Creator and that our worth has a purpose of eternal proportions.


Real beauty isn’t a look, it’s an action. It can be found by making one crucial, life-defining choice—to lay down personal ambitions and selfish desires, pick up your sword of encouragement, and fight for those who are losing their battle for hope. As you do, fierce beauty is revealed—along with lasting value, fulfillment, and joy.


In Fierce Beauty, Kim shares inspiring true stories from her own life of adventure, love, and loss—including her parents’ shocking death when she was nine years old and her struggles with self acceptance, knowing God, and standing for Him. Through it all, you’ll discover life lessons about trust, transformation, surrender, forgiveness, and genuine purpose.


Ultimately, life comes down to one question: Will you serve yourself or your King?


“You were not created to be a princess of entitlement
but a warrior, fighting to bring love and hope to the world.”
– Kim Meeder

Kim Meeder is the cofounder and director of Crystal Peaks Youth Ranch, an organization that rescues abused and dying horses and pairs them with children in need. Kim's first book, "Hope Rising," propelled the ranch to win the national Jacqueline Kennedy Onassis Award and launched her extensive public/motivational speaking schedule at schools, churches, and governmental conferences across the United States. She and her husband, Troy, have been married for twenty-five years and live in Central Oregon. The size of their family fluctuates each year with the number of horses and kids that they resc

The Fracture
One True Anchor

How had it come to this?
I was in no man’s land—literally a place where no human being should be. Step by foolish step, my pride had brought me to this bitter, frozen end. Though the terrain was intensely beautiful, all that waited for me here was my own death.
At more than 14,000 feet, I dangled motionless above an infinite void. I clung with a white-knuckled grip to the only device that could save me, my ice ax. Hanging from a near-vertical sheet of ice only yards below a mountain summit, I was surrounded by a silent world of white. The expanse around me no longer concealed the fact that this could be the exquisite location where my life would end. Frayed thoughts twisted around the clutter of all my what-ifs. Finally the noisy and confused voices within my mind stilled. All that remained of my broken ability to reason circled in my head like a lost boomerang, proclaiming with each weak pass the same whispered message:
How did it come to this?