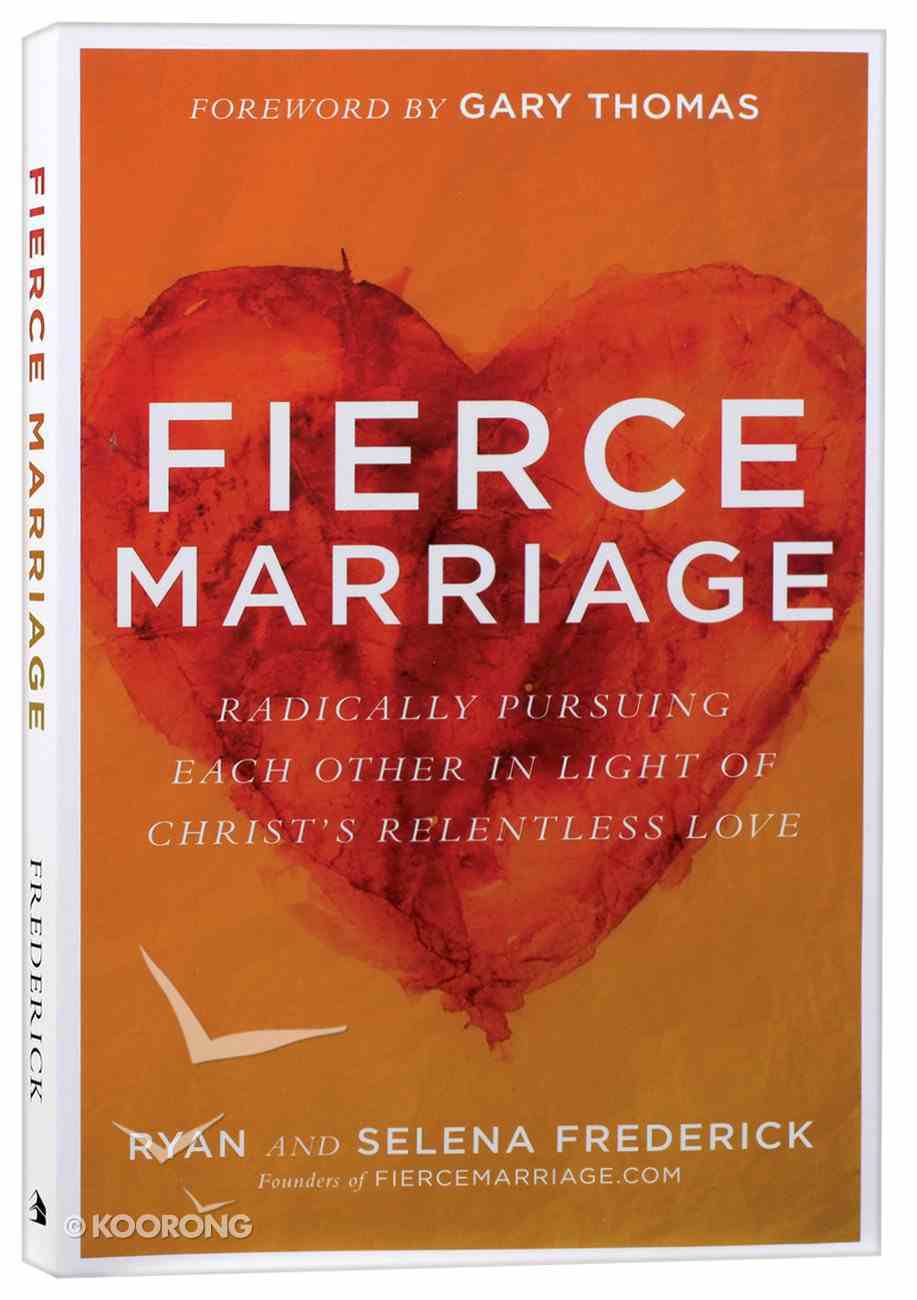 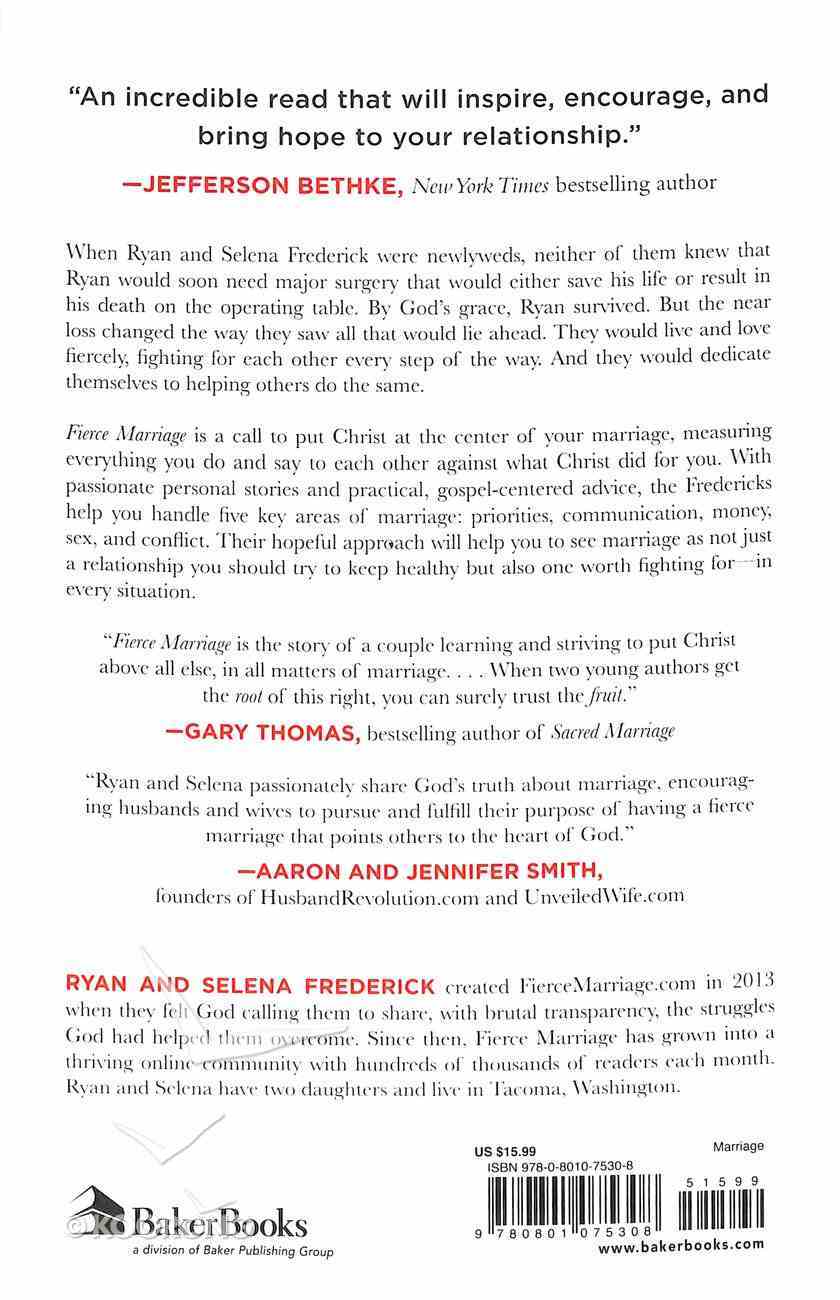 Fierce Marriage: Radically Pursuing Each Other in Light of Christ's Relentless Love

A brush with a life-threatening illness completely changed the perspective of young couple Ryan and Selena Frederick. In this book, they share how they put Christ first in their marriage, and offer hope and practical advice for common struggles faced...

25 available
Expected to ship within 6 hours from Australia.
Learn More
Free Shipping
for orders over $99.

A brush with a life-threatening illness completely changed the perspective of young couple Ryan and Selena Frederick. In this book, they share how they put Christ first in their marriage, and offer hope and practical advice for common struggles faced by married couples.

:Ryan and Selena Frederick were newlyweds when they landed in Switzerland to pursue Selena's dream of training horses. Neither of them knew at the time that Ryan was living out a death sentence brought on by a worsening genetic heart defect. Soon it became clear he needed major surgery that could either save his life--or result in his death on the operating table. The young couple prepared for the worst.

When Ryan survived, they both realized that they still had a future together. But the near loss changed the way they saw all that would lie ahead. They would live and love fiercely, fighting for each other and for a Christ-centered marriage, every step of the way.

Fierce Marriage is their story, but more than that, it is a call for married couples to put God first in their relationship, to measure everything they do and say to each other against what Christ did for them, and to see marriage not just as a relationship they should try to keep healthy but also as one worth fighting for in every situation. With the gospel as their foundation, Ryan and Selena offer hope and practical help for common struggles in marriage, including communication problems, sexual frustration, financial stress, family tension, screen-time disconnection, and unrealistic expectations.
-Publisher

Ryan and Selena Frederick created FierceMarriage.com in 2013 when they felt God calling them to share, with brutal transparency, the struggles he had helped them overcome. Since then, FierceMarriage.com has grown into a thriving online community with more than 200,000 unique visitors each month who generate more than 1,000,000 page views. Their social media presence is vibrant and growing, with more than 437,000 active fans and followers. Ryan also owns and manages emg, a marketing and web development company specializing in book launch marketing and programming. Ryan and Selena have two daughters and live in Tacoma, Washington.