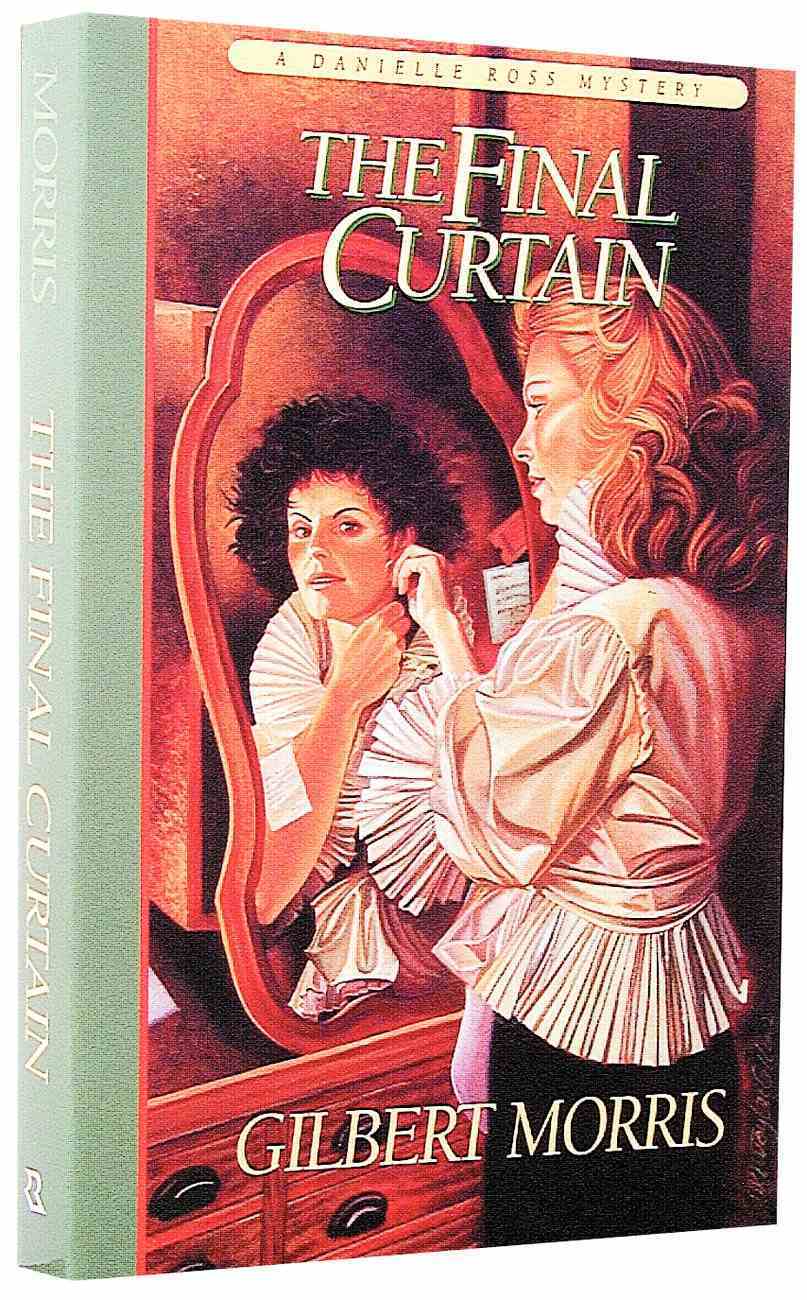 A riveting mystery by Gilbert Morris. Against the backdrop of the New York stage, Danielle Ross finds herself caught in a real-life drama.

A riveting mystery by Gilbert Morris. Against the backdrop of the New York stage, Danielle Ross finds herself caught in a real-life drama.

A Danielle Ross Mystery^THE FINAL CURTAIN^^The Final Curtain takes Danielle Ross to New York City, behind the scenes of the theatrical world, to investigate bizarre death threats against multi-talented, arrogant stage actor Jonathan Ainsley. Joining the cast and crew of Jonathan's newest play, Into the Night, under the guise of costume lady, Dani is catapulted to the female lead when the star is killed-right on stage! While the press enjoys a field day with this latest, most shocking attack by the "Phantom of the Theater," the police threaten to close the production. But Jonathan's adamant persistence that "the show must go on" wins out, and the anxious new leading lady sends for help-partner Ben Savage.^^Death threats soon yield another murder. Dani and Ben are baffled by the motives of cast and crew members who have openly expressed animosity toward Jonathan and one another. Can Dani and Ben bring the curtain down on the villainous "Phantom" before he strikes again?^
-Publisher