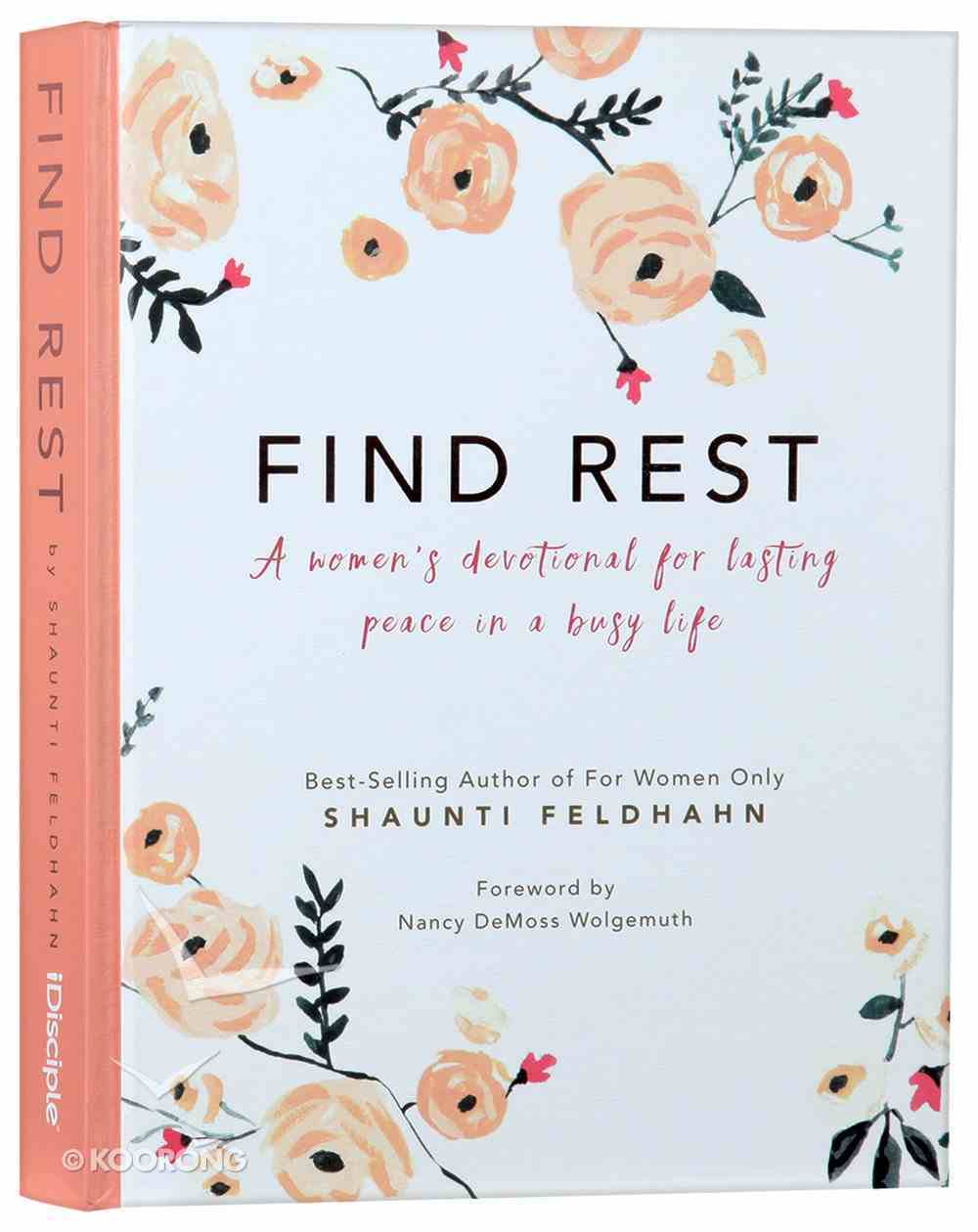 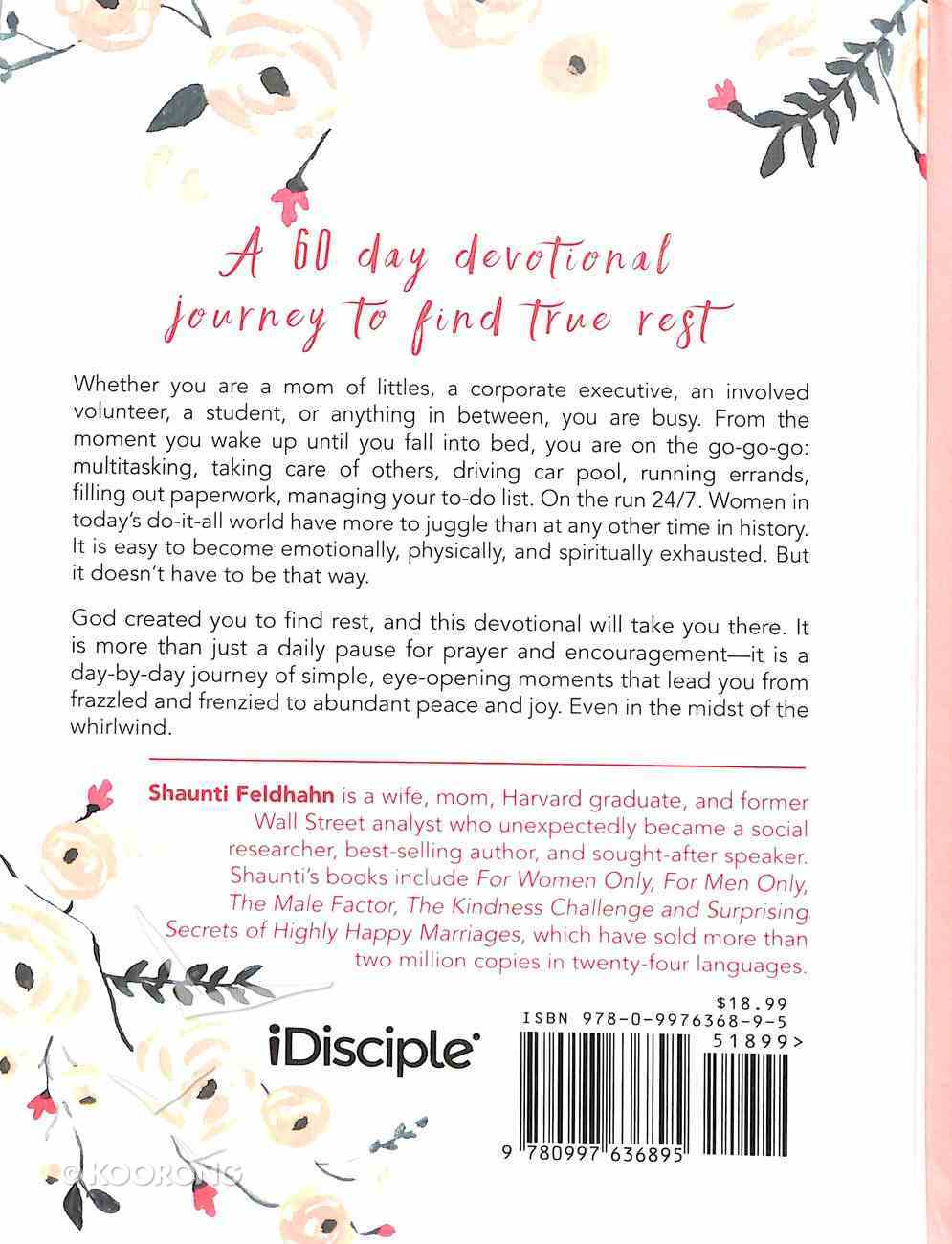 Find Rest: A Women's Devotional For Lasting Peace in a Busy Life

This devotional helps women to find respite from the whirlwind of obligations that can make God seem distant. Shaunti Feldhahn presents a day-by-day journey of simple, eye-opening moments that lead women from frazzled to joyful - even in the midst...

Spread Too Thin: Opting Out of the Frantic Life. Opting Into Lasting Peace
Ellen Miller
Paperback

Moments of Peace For a Woman's Heart
eBook

This devotional helps women to find respite from the whirlwind of obligations that can make God seem distant. Shaunti Feldhahn presents a day-by-day journey of simple, eye-opening moments that lead women from frazzled to joyful - even in the midst of busyness.

Whether you are a mum of little ones, a corporate executive, an involved volunteer, a student, or anything in between, you are busy. From the moment you wake up until you fall into bed, you are on the go: multitasking, taking care of others, running errands, filling out paperwork, managing your to-do list. You are on the run 24/7. Women in today's do-it-all world have more to juggle than at any other time in history. It is easy to become emotionally, physically, and spiritually exhausted. But it doesn't have to be that way.

God created you to find rest, and this devotional will take you there. It is more than just a daily pause for prayer and encouragement-it is a day-by-day journey of simple, eye-opening moments that lead you from frazzled and frenzied to abundant peace and joy, even in the midst of the whirlwind.
-Publisher

Daily Wisdom For Women 2020 Devotional Collection: I Am a New Creation in Christ
Publishing Barbour
Hardback

Too Blessed to Be Stressed: 3-Minute Devotions For Women
Debora M Coty
Paperback