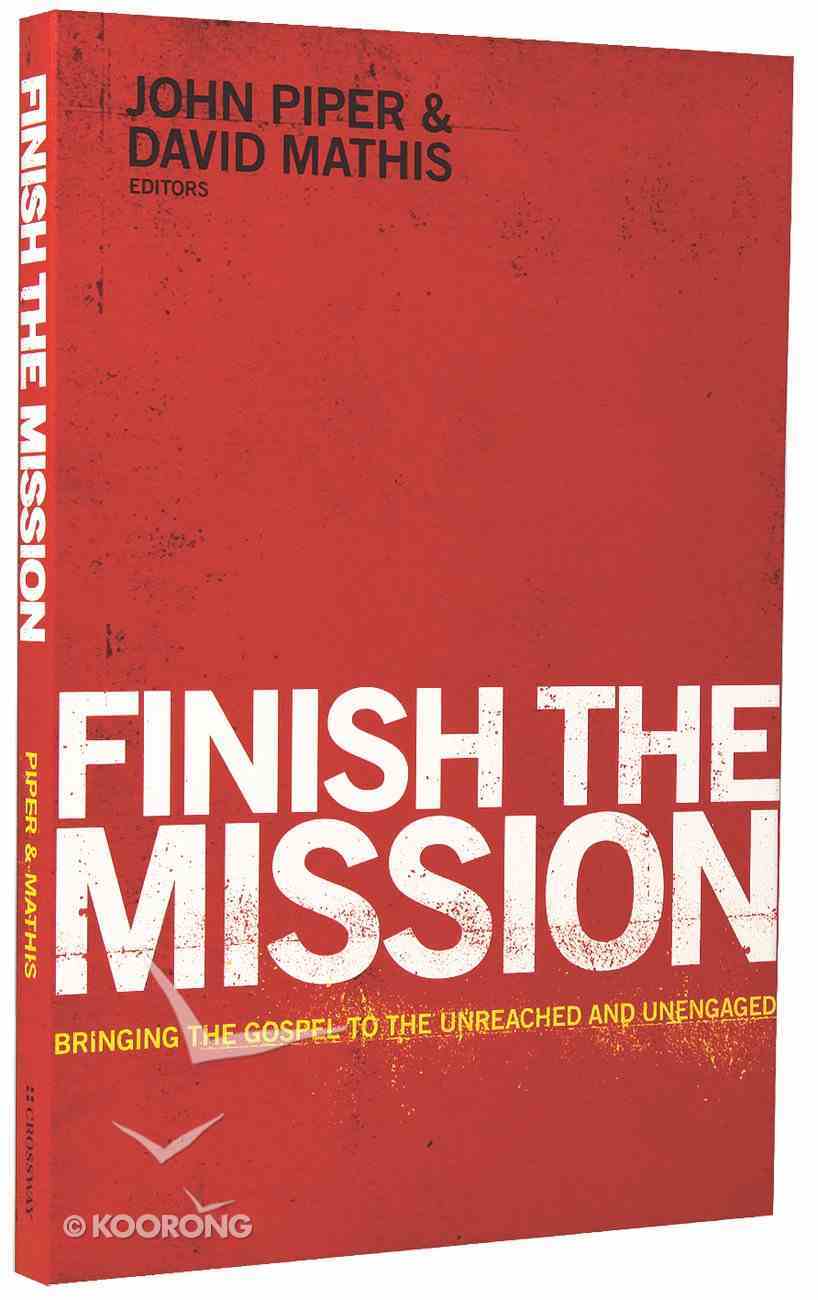 Finish the Mission: Bringing the Gospel to the Unreached and Unengaged

As in previous years, Desiring God has put together a book based on the six sessions of their annual national conference. The 2011 event boasted an impressive line-up of speakers whose messages are now featured in this volume: David Platt,...

2 Available
Expected to ship within 3 hours from Australia.
Learn More
Free Shipping
for orders over $99.

As in previous years, Desiring God has put together a book based on the six sessions of their annual national conference. The 2011 event boasted an impressive line-up of speakers whose messages are now featured in this volume: David Platt, New York Times best-selling author of Radical; Louie Giglio, founder and leader of Passion conferences; Michael Ramsden, one of the foremost apologists of our day who works alongside Ravi Zacharias and speaks at events worldwide; Michael Oh, president and founder of CBI Japan and All Nations Fellowship; Ed Stetzer, church planter, professor, and vice president of Lifeway Christian Resources; and John Piper, teacher, author, and pastor, and founder of Desiring God ministries. The book is purposed to compel Christians to cross cultural and linguistic barriers to reach the lost with the gospel.

This is no ordinary missions book. The theme isn't new, but the approach is refreshing and compelling, as contributors David Platt, Louie Giglio, Michael Ramsden, Ed Stetzer, Michael Oh, David Mathis, and John Piper take up the mantle of the Great Commission and its Spirit-powered completion.


From astronomy to exegesis, from apologetics to the Global South, from being missional at home to employing our resources in the global cause, Finish the Mission aims to breathe fresh missionary fire into a new generation, as together we seek to reach the unreached and engage the unengaged.

The Shaping of Things to Come: Innovation and Mission For the 21St Century Church (And Edition)
Michael Frost, Alan Hirsch
Paperback

Jesus: The Path to Human Flourishing: The Gospel For the Cultural Chinese
I'Ching Thomas
Paperback