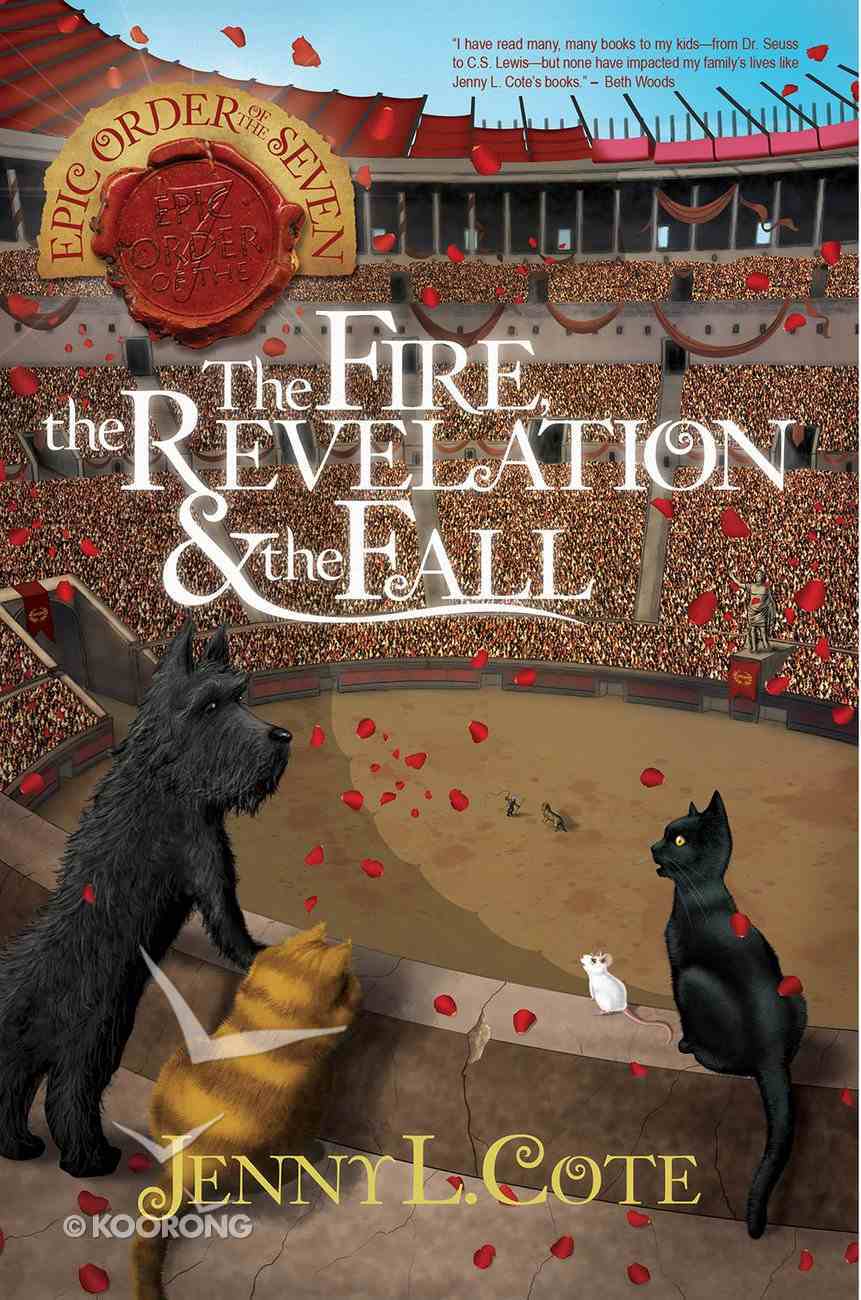 Fire, the Revelation and the Fall, the (#04 in Epic Order Of The Seven Series)

Roman, the Twelve and the King, the (#02 in Epic Order Of The Seven Series)
Jenny L Cote
Paperback

The Voice, the Revolution and the Key (#07 in Epic Order Of The Seven Series)
Jenny L Cote
Paperback

:
Paul's third missionary journey is underway as he heads to Ephesus where he'll establish a ministry base for Asia, and as Max, Liz and Nigel work behind the scenes to make vital connections, uncover plots and inspire the formation of a New Testament. Little does Paul realize that his letters to the Philippians, Romans, and Corinthians will become the seminal letters of the Christian faith. Reunited with Dr. Luke, Paul uncovers a plot on his life by the Jews yet boldly travels on to Jerusalem where he is arrested and imprisoned in Caesarea for two years. Luke takes advantage of this time to interview Mary, John and other eyewitnesses of Jesus to capture in his journalthe greatest story ever told. All the while murder plots and power struggles abound in Rome with the rise of the infamous Nero as emperor.

When Paul finally appeals to Caesar before Governor Festus, so begins a treacherous voyage to Rome and a surprising encounter with the next generation of the Roman family of Antonius, Julius the Roman
Centurion. After months at sea and a harrowing shipwreck on Malta, Paul arrives in Rome yet must spend two years under house arrest before his trial before Emperor Nero. Julius arranges for his brother
Theophilus to be Paul's legal counsel in Rome, and Luke writes two letters (Luke and Acts) to help him prepare Paul's case. Hope abounds when Nero releases Paul and drops the charges of the Jews. He is finally free to continue his mission to spread the good news of Jesus. But the Enemy has other plans, and manifests once more as the evil lion Lucifer to come after the Christians. A wave of persecution sweeps across the
Roman Empire as believers are forced underground and face horrific death through Nero's cruel whims or in the arena with lions. Peter and Paul are finally arrested and sentenced to death in Rome, but not before they write several last letters to strengthen the church. Nero's excesses spell his doom, and a new era of emperors is ushered in with the rise of the Flavian Dynasty. With the rise of Domitian comes increased persecution of the church and the exile of John on Patmos. He laments being the last remaining disciple but his hope is restored by the Revelation and release from Patmos.

This heart-gripping, action-packed adventure concludes a two-book saga that brings to life the events of Acts and the birth of Christianity while showing how each book of the New Testament came to be.