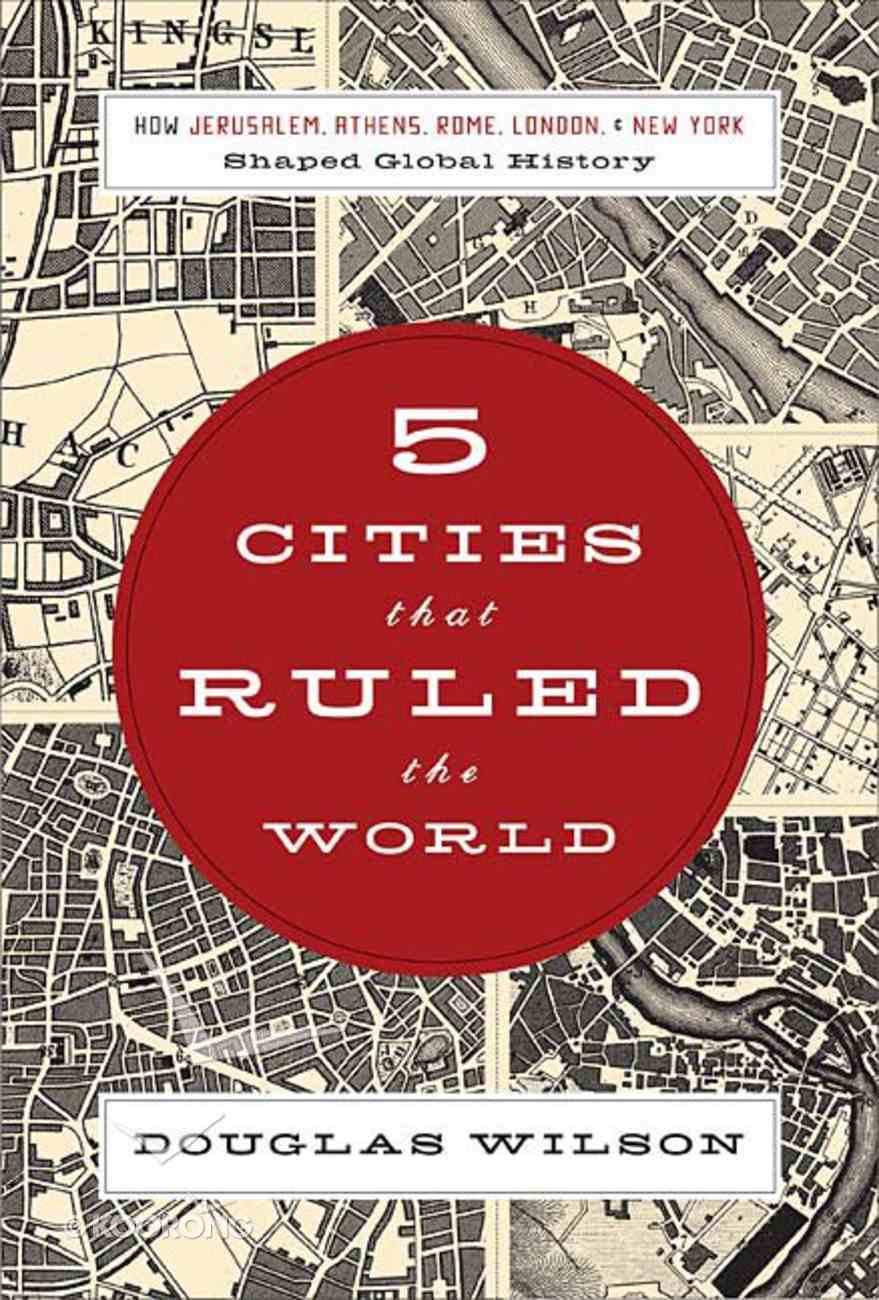 Five Cities That Ruled the World

When the Man Comes Around: A Commentary on the Book of Revelation
Douglas Wilson
Paperback

The gripping and illuminative story of how five cities-Jerusalem, Athens, Rome, London, and New York-shaped the course of global history. Crisp, dynamic writing ^In-depth research ^Intriguing literary device treats cities like biographical subjects ^^History unfolds in a wide tapestry, but some patterns and threads stand out from the others for their brilliance and importance in the bigger picture. Five Cities that Ruled the World examines how and why a handful of cities-Jerusalem, Athens, Rome, London, and New York-emerged in their respective times of influence to dominate the world stage, directing wealth and power, influencing faith and belief, commanding fear and allegiance, provoking wars and conquests, and shaping the world we live in today.
Profiling their leaders, exploring their philosophies, following their armies into war, riding their merchant ships to ports of commerce, and watching as one eclipses the others, Douglas Wilson broadens our understanding and appreciation of these cities with piercing insights, curious details, and entertaining stories.


Wilson issues a challenge to our collective understanding of history with the juxtapositions of freedom and its intrinsic failures; liberty and its deep-seated liabilities. Each revelation beckoning us deeper into a city's story, its political systems, and how it flourished and floundered.


You'll discover the significance of:

Jerusalem's complex history and its deep-rooted character as the city of freedom, where people found their spiritual liberty. Athens' intellectual influence as the city of reason and birthplace of democracy. Rome's evolution as the city of law and justice and the freedoms and limitations that come with liberty. London's place in the world's history as the city of literature where man's literary imagination found its wings. New York's rise to global fame as the city of commerce and how it triggered unmatched wealth, industry, and trade throughout the world.
Five Cities that Ruled the World chronicles the destruction, redemption, personalities, and power structures that altered the world's political, spiritual, and moral center time and again. It's an inspiring, enlightening global perspective that encourages readers to honor our shared history, contribute to the present, and look to the future with unmistakable hope.

Douglas Wilson has an M.A. in philosophy from the University of Idaho and has pastored Christ Church, in Moscow, Idaho, since 1977. He is a prolific author, with more than thirty titles, including two children's books, a selection of poetry, and two biographies. He is best known for his books on education, which have helped to spark the Classical Education movement, and the respected Family Series, which he wrote with his wife on marriage and family.
As well as pastoring Christ Church, Doug serves as the moderator for the Anselm Presbytery of the Confederation of Reformed Evangelical Churches (CREC). He has been involved in founding and teaching at Logos School, New Saint Andrews College, and Greyfriars Hall. He is the editor of Credenda Agenda magazine, which, given the other editors he has to work with, is too much fun. He has contributed to numerous books and magazines (such as Ligonier Ministry's Tabletalk over the years.

The Gospel in a Pluralist Society
Lesslie Newbigin
Paperback