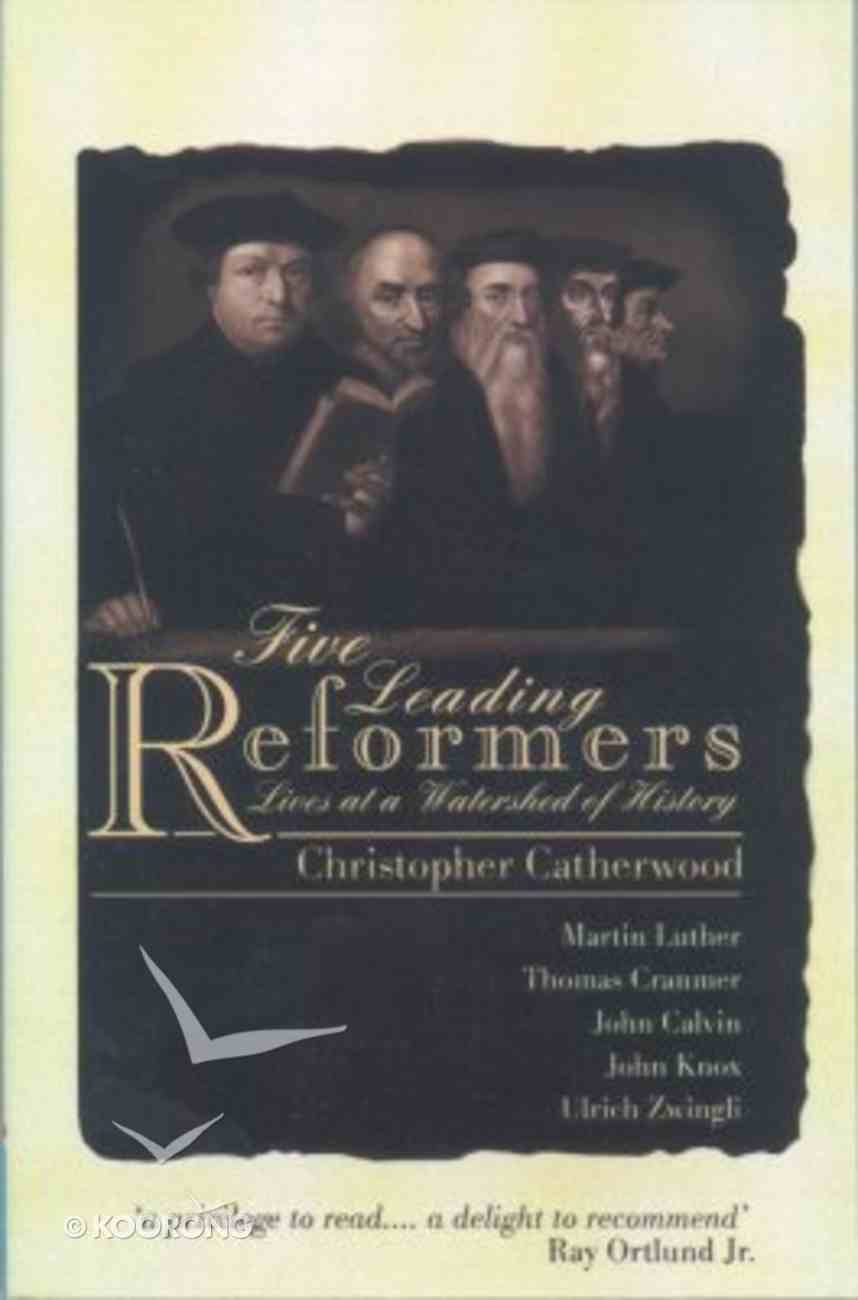 A biographical primer written not to endorse one Reformer's view over another's, but to encourage a balanced perspective. Catherwood paints an honest picture of Martin Luther, Thomas Cramner, John Calvin, John Knox, and Ulrich Zwingli, revealing historical facts as well...

A biographical primer written not to endorse one Reformer's view over another's, but to encourage a balanced perspective. Catherwood paints an honest picture of Martin Luther, Thomas Cramner, John Calvin, John Knox, and Ulrich Zwingli, revealing historical facts as well as character flaws, and leaving the Reformers' respective theologies for you to ponder. This absorbing book unlocks the motivation, the power, and the drive that pushed these men to risk their position, their livelihoods, and their lives for their beliefs.

"The Reformation upheaval of the 16th century had national, cultural, social and political aspects as well as opening a new era on the theological, ecclesiastical and religious fronts. Historians, like theologians, find it endlessly interesting. Here Christopher Catherwood, a writer abreast of on-going historical study of the period and aware of the spiritual issues hanging on the chain of events, tracks five major players from the cradle to the grave."
- Dr J.I. Packer

"Christopher Catherwood's fluent style brings out the broad sweep of a spiritual movement which transcended national barriers and has left a permanent mark on Europe and in the wider world. He shows how five men of very different personality and outlook could all be caught up in the same experience of a life transformed by the power of God. The portraits are painted "warts and all" but the message is clear - God can and does use the weak and imperfect things of this world to proclaim his message of salvation in Christ to all who believe."
- Rev Dr Gerald Bray, Sanford University, Alabama

"Catherwood does not merely re-tell familiar facts. He opens up their meaning and relevance, so that one is drawn into the drama with effortless fascination."
- Ray Ortlund Jr

"He corrects caricatures, without portraying plaster saints. This is a religious biography with a message for today, lest we forget."
- David Wright, New College, Edinburgh

A credible exposition of people whose lives changed nations.
-Publisher

Christopher Catherwood (BA Oxford, MA Cambridge) is a visiting scholar, teaching each year on the issue of Islam and religious conflict for the University of Richmond in Virginia. He is a historian and author living and teaching in Cambridge, England.