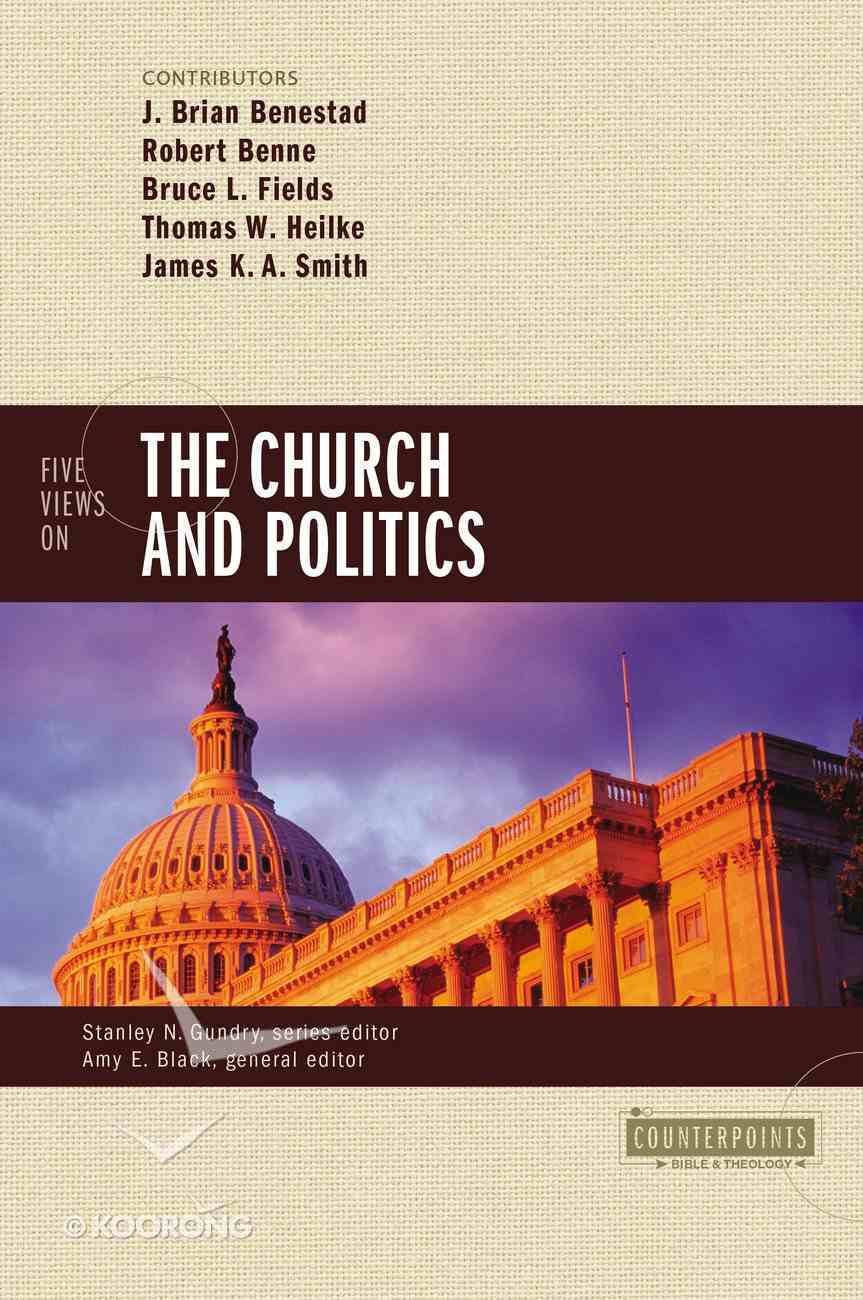 Five Views on the Church and Politics (Counterpoints Series)

Learn to think deeply about the relationship between church and state in a way that goes beyond mere policy debates and current campaigns. Few topics can grab headlines and stir passions quite like politics, especially when the church is...

Learn to think deeply about the relationship between church and state in a way that goes beyond mere policy debates and current campaigns.


Few topics can grab headlines and stir passions quite like politics, especially when the church is involved. Considering the attention that many Christian parachurch groups, churches, and individual believers give to politics--and of the varying and sometimes divergent political ideals and aims among them--Five Views on the Church and Politics provides a helpful breakdown of the possible Christian approaches to political involvement.


General Editor Amy Black brings together five top-notch political theologians in the book, each representing one of the five key political traditions within Christianity:

Anabaptist (Separationist: the most limited possible Christian involvement in politics) - represented by Thomas Heilke Lutheran (Paradoxical: strong separation of church and state) - represented by Robert Benne Black Church (Prophetic: the church's mission is to be a voice for communal reform) - represented by Bruce Fields Reformed (Transformationist: emphasizes God's sovereignty over all things, including churches and governments) - represented by James K. A. Smith Catholic (Synthetic: encouragement of political participation as a means to further the common good of all people) - represented by J. Brian Benestad
Each author addresses his tradition's theological distinctives, the role of government, the place of individual Christian participation in government and politics, and how churches should (or should not) address political questions. Responses by each contributor to opposing views will highlight key areas of difference and disagreement.


Thorough and even-handed, Five Views on the Church and Politics will enable readers to consider the strengths and weaknesses of the most significant Christian views on political engagement and to draw their own, informed conclusions.

Robert Benne is Director of the Roanoke College Center for Religion and Society and Jordan-Trexler Professor of Religion Emeritus at Roanoke College, Salem, Virginia. His books include Reasonable Ethics: A Christian Approach to Social, Political; Economic Concerns and Quality with Soul: How Six Premier Colleges and Universities Keep Faith with Their Religious Traditions and Good and Bad Ways to Think about Religion and Politics.