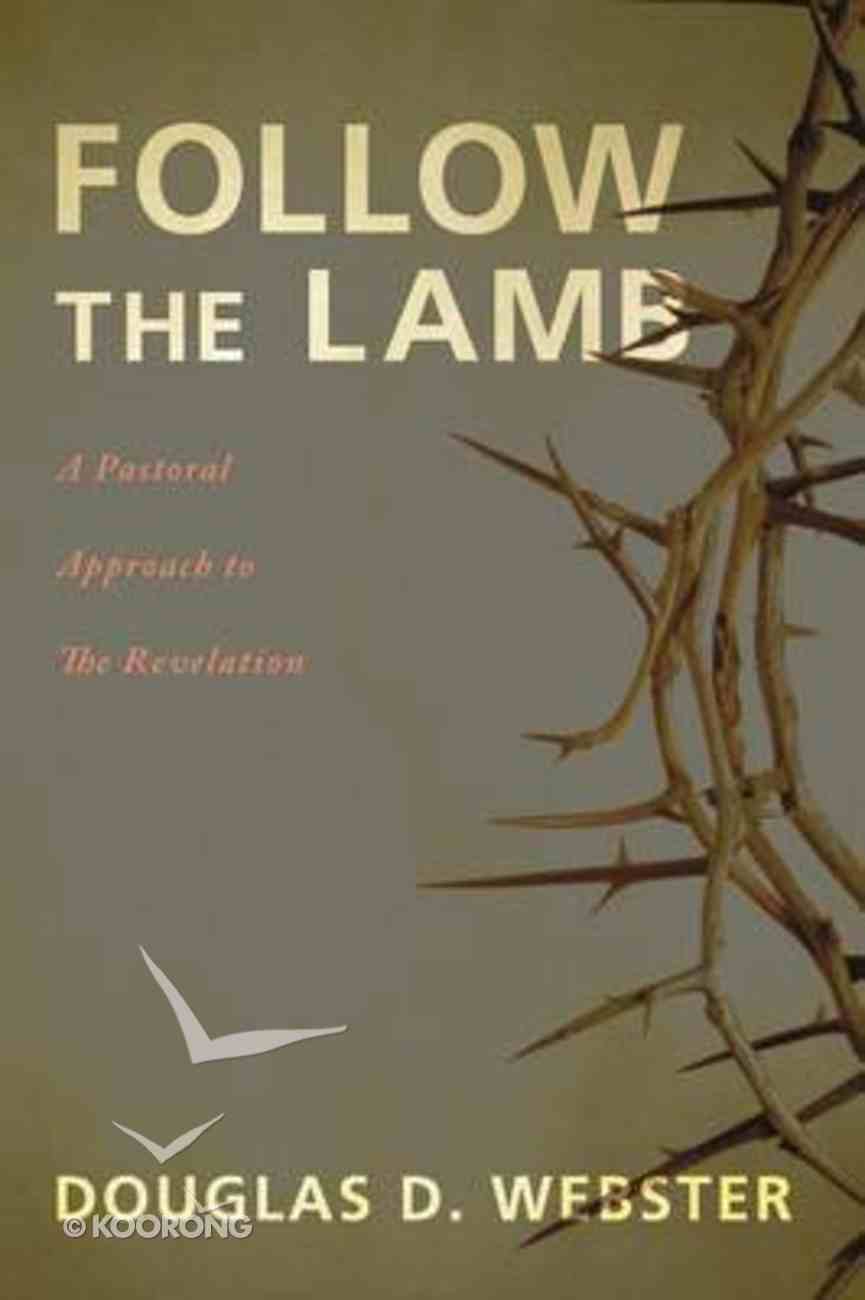 Follow the Lamb: A Pastoral Approach to the Revelation

The Revelation builds conviction, inspires worship, and encourages patient endurance. This is a prison epistle like no other: a disciple-making tract, a manifesto, an extraordinary treatise on Christ and culture, and a canonical climax. We come expecting to learn the...

Identity: The Way of a Disciple
Brian Byrne
Paperback

The Revelation builds conviction, inspires worship, and encourages patient endurance. This is a prison epistle like no other: a disciple-making tract, a manifesto, an extraordinary treatise on Christ and culture, and a canonical climax. We come expecting to learn the ABCs of the end times, and the Apostle John gives us the fullness and fury of his Spirit-inspired praying imagination. Meaning is not found in cleverly devised interpretations, but in God's redemptive story. The apostle's purpose was to strengthen the people of God against cultural assimilation and spiritual idolatry, not to stimulate end times speculation. The Revelation is a sustained attack against diluted discipleship with an unrelenting focus on the immediacy of God's presence in the totality of life. Nothing escapes the gaze of Christ. ""Doug Webster has written a truly superb commentary on John's Revelation. It is astonishing that no one has tapped into the pastoral implications of the Revelation in the way that Webster has. At every turn, he is both pastoral and unflinching in his willingness to allow John's words and images to crash in upon the flickering shadows of twenty-first-century Christendom. The lightweight world of contemporary Christian experience comes under his insightful eye and the Revelation speaks with a force rarely encountered in any commentary, much less on this particular book, so shrouded in debate, but so seldom heard. This work is truly a testimony to the pastoral power of the entire New Testament. I heartily recommend it!"" --Timothy C. Tennent, President, Asbury Theological Seminary, Wilmore, KY ""It takes a pastor to interpret one, and pastor-scholar Doug Webster is an ideal guide to shepherd the reader through the elder John's pastoral treatise and revolutionary vision for the churches of Asia Minor. Follow the Lamb is not just a sane and scholarly guidebook for the most misinterpreted book in the canon; it is also a clarion call to hear the Revelation for what it was intended to be, an appeal to the people of God to stand firm in the face of a seductive and idolatrous culture. Perhaps no book in the New Testament is more relevant for the church today."" --Mark L. Strauss, Professor of New Testament, Bethel Seminary San Diego, San Diego, CA ""Doug Webster's commentary has restored my respect for the book of Revelation. (I had thought Revelation too wild, forgive me!) Doug undergirds his comments with a rewardingly solid Christian theology and very apt contemporary applications. I am going to try to teach Revelation again--I repent!"" --F. Dale Bruner, Wasson Professor Emeritus of Religion, Whitworth University, Spokane, WA Douglas D. Webster is Professor of Pastoral Theology and Preaching at Beeson Divinity School in Birmingham, Alabama. He is the author of The Christ Letter: A Christological Approach to Preaching and Practicing Ephesians (2012).
-Publisher

Douglas Webster mentors future pastors at Beeson Divinity School in Birmingham, Alabama. He has a Ph.D. from the University of St. Michael?'s College, Toronto School of Theology. He has served churches in New York, California, Colorado, Indiana and Canada. He is married to Virginia and they have three grown children.

Spiritual and Religious: The Gospel in An Age of Paganism
Tom Wright
Paperback