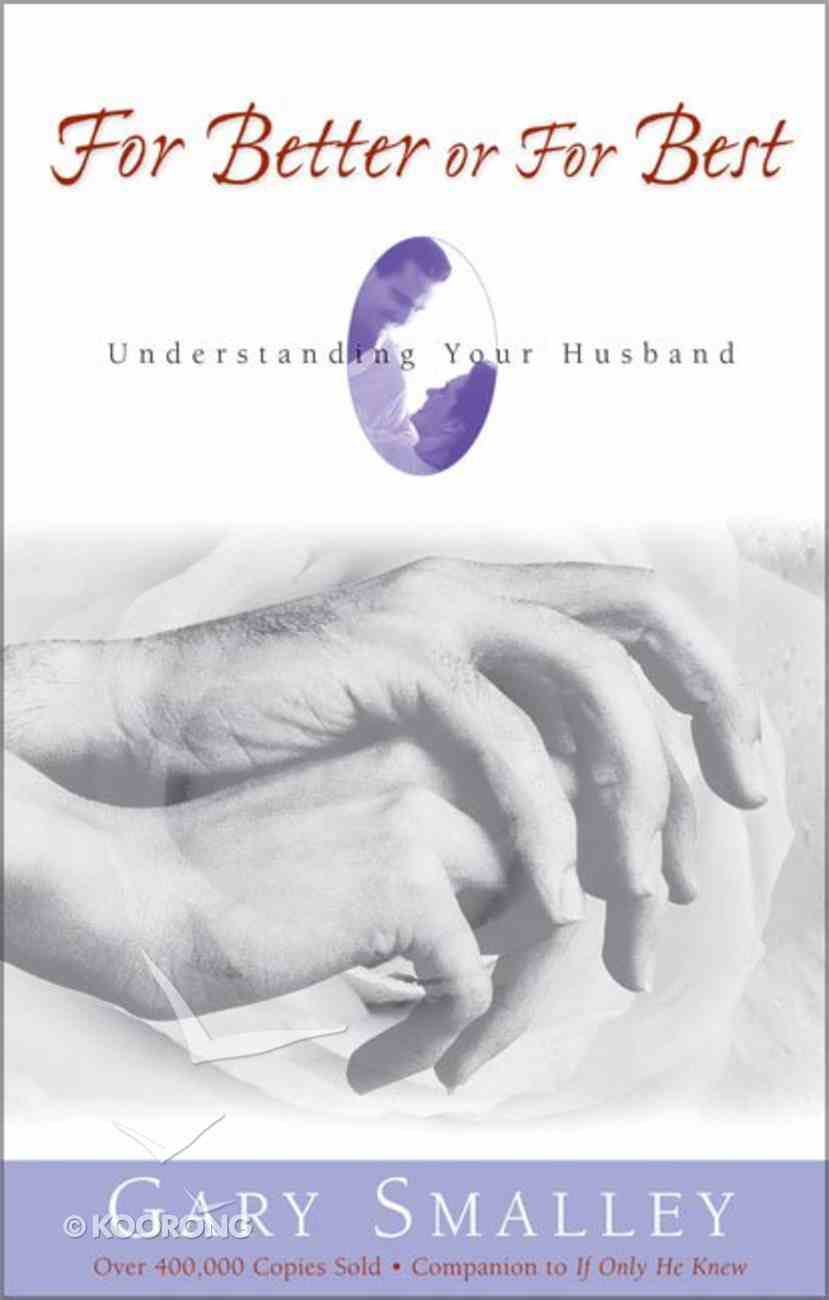 For Better Or For Best

For Better Or For Best
Gary Smalley
Paperback

For Better Or For Best
Gary Smalley
eBook

Winning Your Husband Back Before It's Too Late
Gary Smalley, Greg Smalley
eBook

As Long as We Both Shall Live Study Guide
Gary Smalley, Ted Cunningham
eBook

Gary Smalley explains what motivates men and how women can use their natural attractive qualities to build a better marriage. He helps women to understand not only the way men think, but also how to move a man's heart. Using case histories and biblical illustrations, he solves with empathy, humor, and wisdom every practical and emotional problem a woman can face in her marriage. Do you want your husband to: -- Meet your romantic needs? Comfort you when you're down? Listen to what you have to say? Appreciate you? Do more around the house? Spend time with the kids? Be your most intimate friend?
-Publisher

Gary Smalley, one of the foremost experts on family relationships, has written or co-written 28 best-selling, award winning books selling over six millions copies, as well as several popular films and videos, based on more than 30 years of experience as a teacher, counsellor and speaker. The Blessing and The Two Sides of Love have won Gold Medallions, The Language of Love won the Angel Award as the best contribution to family life and all other titles have been top-five finalists for the Gold Medallion Award. His latest book is the DNA of Relationships. Gary and his wife, Norma, have been married for over thirty years.