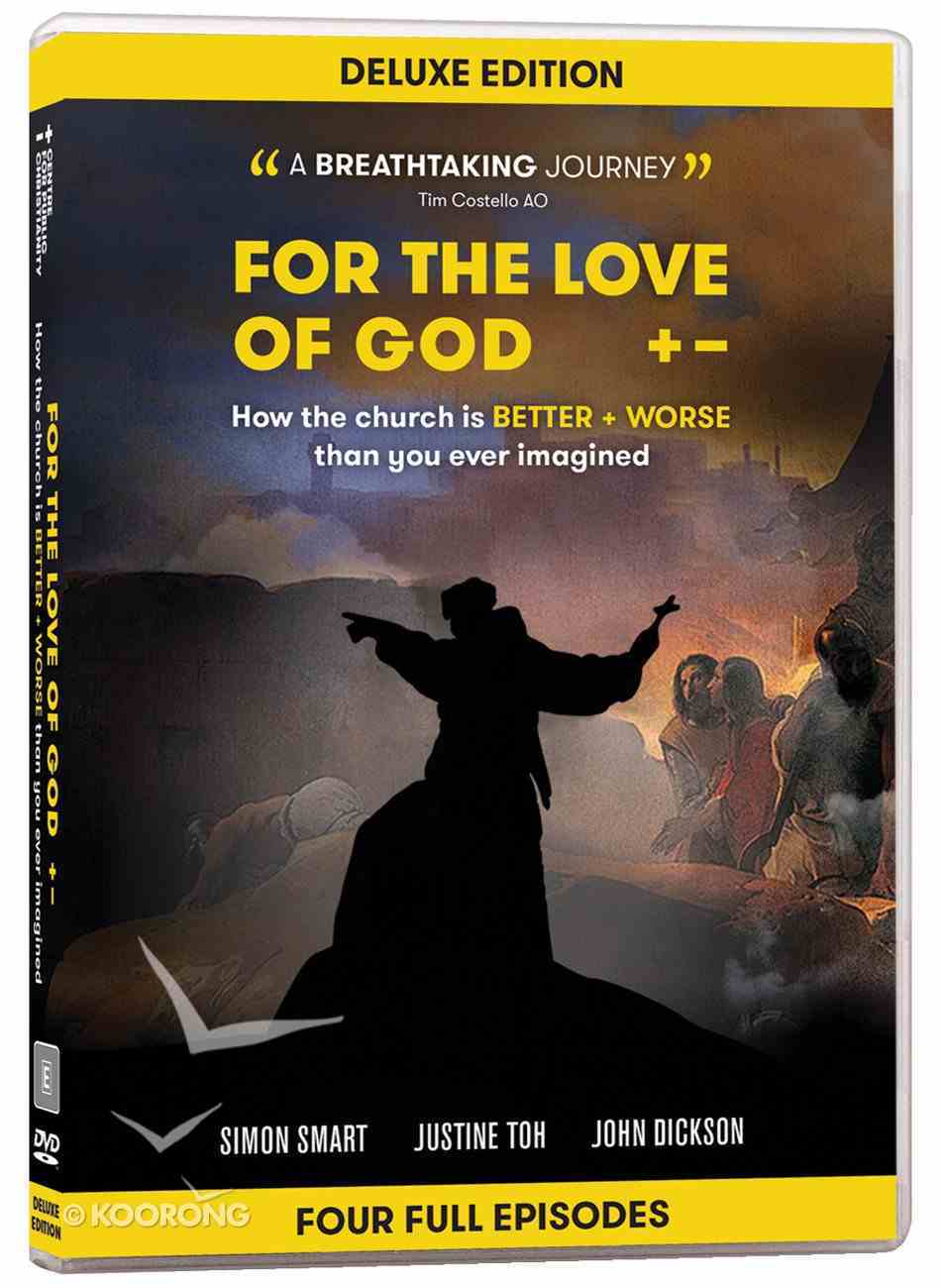 For the Love of God Deluxe Edition (2 Dvds)

Does religion poison everything? Join John Dickson, Justine Toh, and Simon Smart on location around the globe and in conversation with leading scholars as they weigh up the good, the bad, the ugly - and the unexpected - when it...

An Interview With God
DVD

Does religion poison everything? Join John Dickson, Justine Toh, and Simon Smart on location around the globe and in conversation with leading scholars as they weigh up the good, the bad, the ugly - and the unexpected - when it comes to the impact Christianity has had on the world we live in.

The history of the church offers plenty of ammunition to its critics. Crusades, inquisitions, witch hunts, the oppression of women ... so would we be better off without Christianity?

For the Love of God: How the church is better + worse than you ever imagined, a documentary by the Centre for Public Christianity, confronts the worst of what Christians have done - and also traces the origins of Western values like human rights, charity, humility, and non-violence back to the influence of Jesus.

This is not the history we think we know.

Episode 1 - War + Peace
The history of the West has been mostly Christian. And it's been pretty violent - Crusades, inquisitions, wars of religion. So, would the world be more peaceful without it?

Episode 2 - Rights + Wrongs
In ancient Rome, parents who didn't want their new-born babies would take them outside the city and leave them on a rubbish dump. This practice was not only accepted, but actually encouraged by law and philosophers. So, what changed?

Episode 3 - Rich + Poor
If Jesus was a poor carpenter, who described himself as having nowhere to lay his head, then the opulence of many churchmen through the ages sits strangely with their claim to follow one who was a friend to the down-and-out.

Episode 4 - Power + Humility
The first Christians were a powerless and persecuted minority. But when Emperor Constantine became a Christian in 312 things began to change dramatically.

Justine Toh is Senior Research Fellow at the Centre for Public Christianity. She worked at Fairfax Digital before completing her doctorate in Cultural Studies at Macquarie University. She speaks and writes about freedom and individualism, the body as a project, and other trends in contemporary culture.

Simon Smart is Executive Director of the Centre for Public Christianity. A former English and History teacher, Simon has a Masters in Christian Studies from Regent College, Vancouver. He has years of experience writing and editing both academic curricula and popular books. He is the author of For God's Sake: An Atheist, a Jew, a Christian and a Muslim Debate Religion, and editor of A Spectator's Guide to Worldviews. His writing has appeared in such places as The Sydney Morning Herald, The Age, the ABC, The Australian, and The Guardian.

I Believe in Easter
DVD