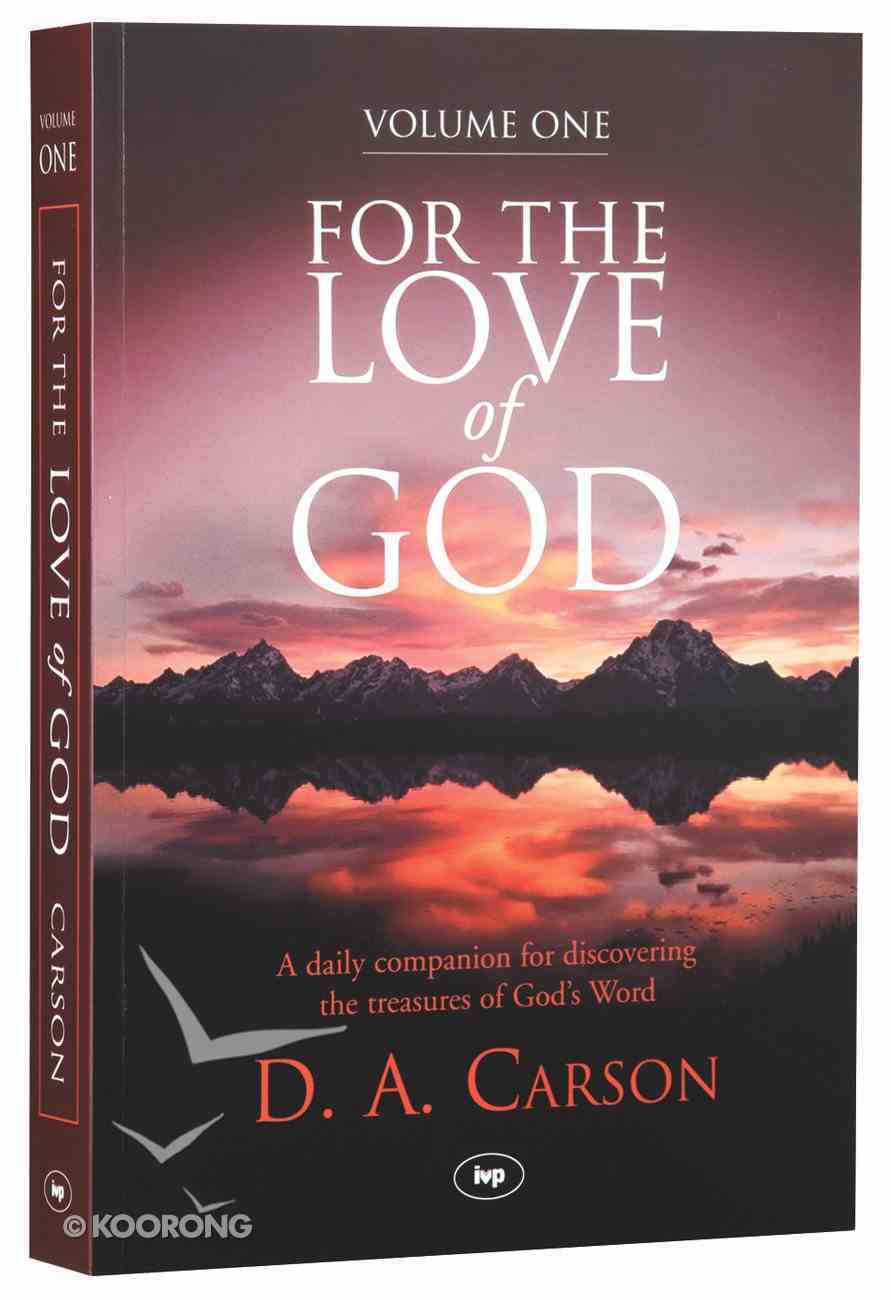 Let gifted Bible teacher Don Carson guide you through the New Testament and Psalms twice, and the Old Testament once in the course of 365 days. A page of exposition and devotional comments is provided for each day.

For the Love of God (Vol 2)
D A Carson
Paperback

For the Love of God (Vol 1)
D A Carson
eBook

Let gifted Bible teacher Don Carson guide you through the New Testament and Psalms twice, and the Old Testament once in the course of 365 days. A page of exposition and devotional comments is provided for each day.