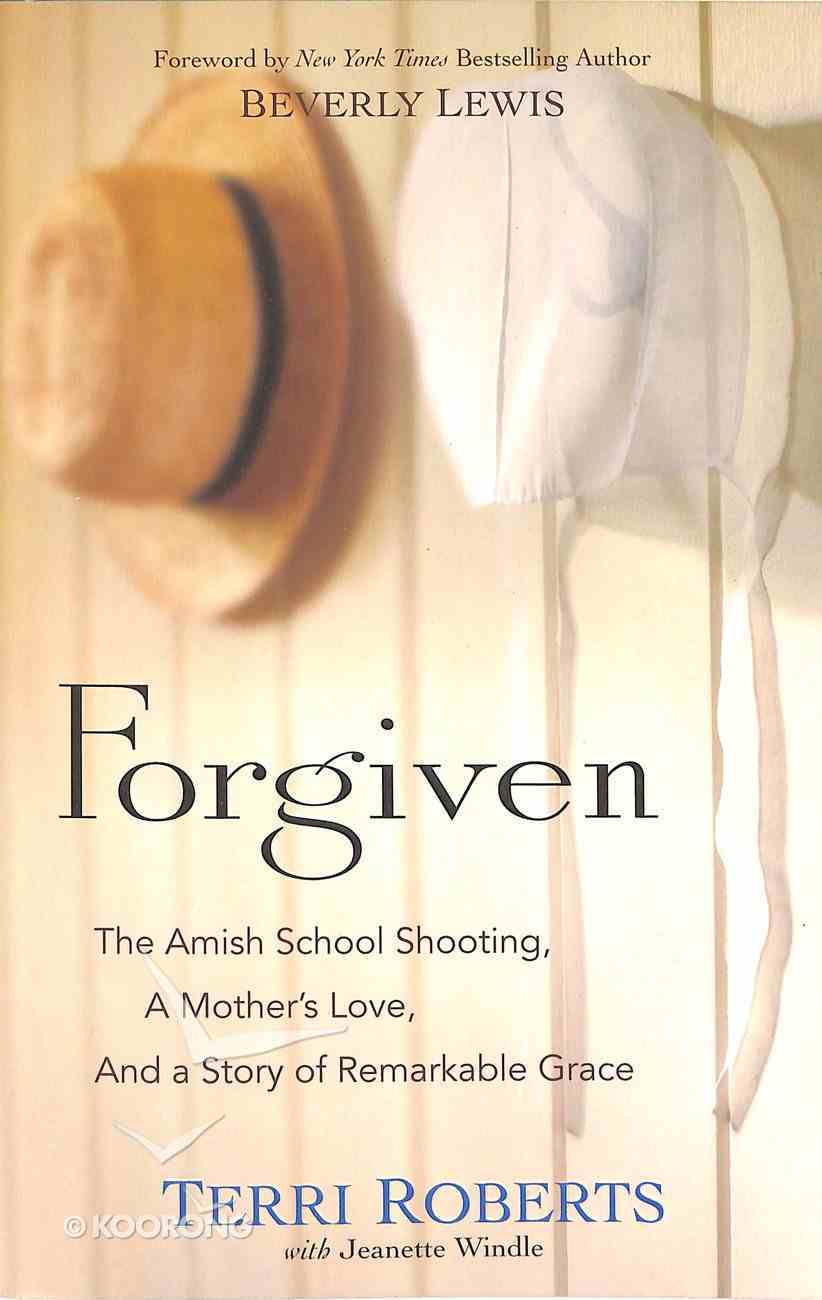 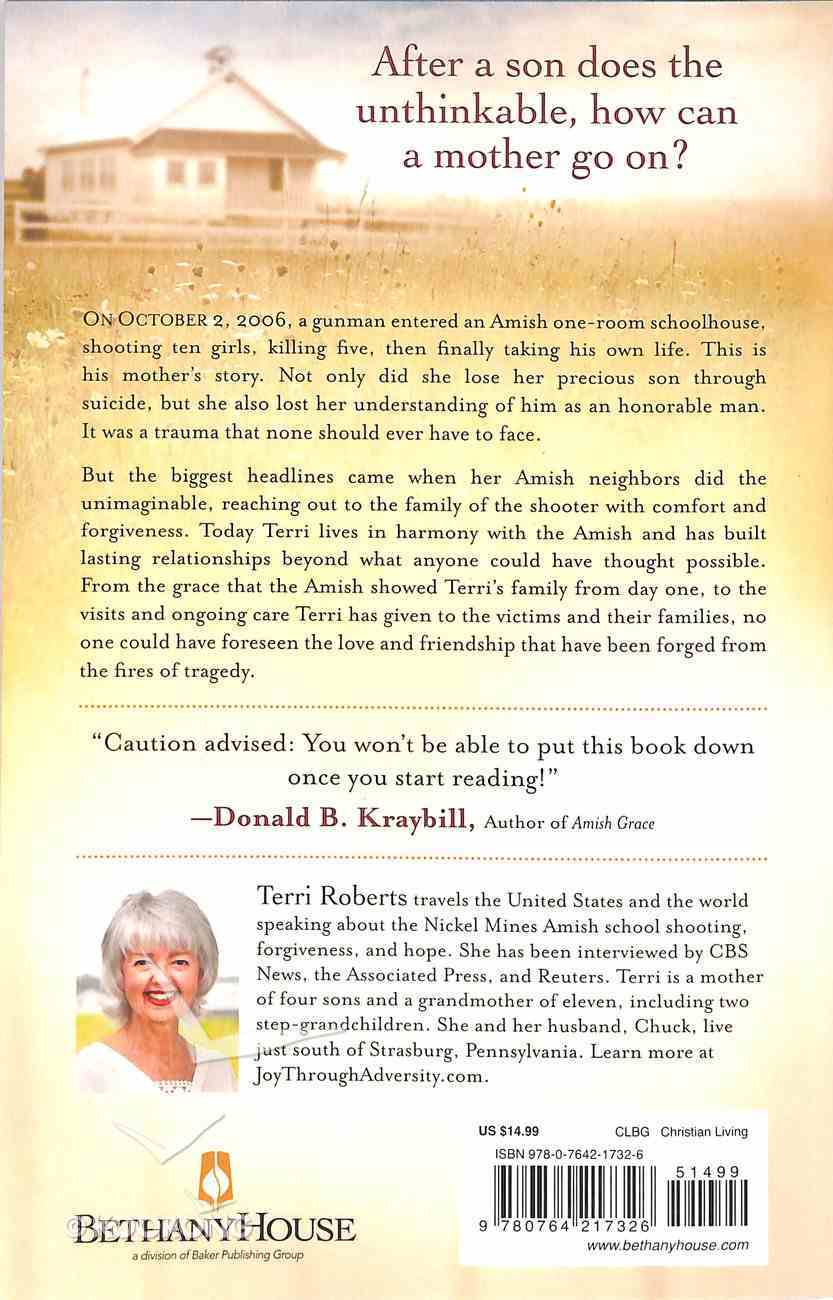 Forgiven: The Amish School Shooting, a Mother's Love, and a Story of Remarkable Grace

:Mother of Amish Schoolhouse Shooter Gives Message of Hope and Healing Who would have believed all the beauty God would create over the nine years since that awful day. On October 2, 2006, a gunman entered an Amish...

7 available
Expected to ship within 5 hours from Australia.
Learn More
Free Shipping
for orders over $99.

All Saints: The Surprising Story of How Refugees From Burma Brought Life to a Dying Church
Michael Spurlock, Jeanette Windle
Paperback

Called to Forgive: The Charleston Church Shooting, a Victim's Husband, and the Path to Healing and Peace
Anthony B Thompson, Denise George
Paperback

She Found His Grace: A True Story of Hope, Love, and Forgiveness After Abortion
Serena Dyksen, Julie Wilkerson Klose
Paperback

Who would have believed all the beauty God would create over the nine years since that awful day. On October 2, 2006, a gunman entered an Amish one-room schoolhouse, shooting ten girls, killing five, then finally taking his own life. This is his mother's story. Not only did she lose her precious son through suicide, but she also lost her understanding of him as an honorable man. Her community and the world experienced trauma that no family or community should ever have to face.

But this is, surprisingly, a story of hope and joy--of God revealing his grace in unexpected places. Today Terri lives in harmony with the Amish and has built lasting relationships that go beyond what anyone could have thought possible. From the grace that the Amish showed Terri's family from day one, to the visits and ongoing care Terri has given to the victims and their families, no one could have foreseen the love and community that have been forged from the fires of tragedy.

Let Terri's story inspire and encourage you as you discover the wonder of forgiveness
and the power of God to bring beauty from ashes.
-Publisher

As the child of missionary parents, award-winning author and journalist Jeanette Windle grew up in the rural villages, jungles, and mountains of Colombia, which are now guerrilla hot zones. Described as a "top notch storyteller" by "Publishers Weekly", Jeanette's detailed writing is so realistic and carefully researched that government agencies have questioned her to determine if she has received classified information. Currently based in Lancaster, Pennsylvania, Jeanette has lived in six countries and has traveled extensively on five continents. She has fifteen books in print, including the p

Terri Roberts travels the United States and the world speaking about the Nickel Mines Amish school shooting, forgiveness, and hope. She has been interviewed by CBS News, the Associated Press, and Reuters. Terri is a mother of four sons and a grandmother of eleven, including two step-grandchildren. She and her husband, Chuck, live just south of Strasburg, Pennsylvania. Learn more at JoyThroughAdversity.com.