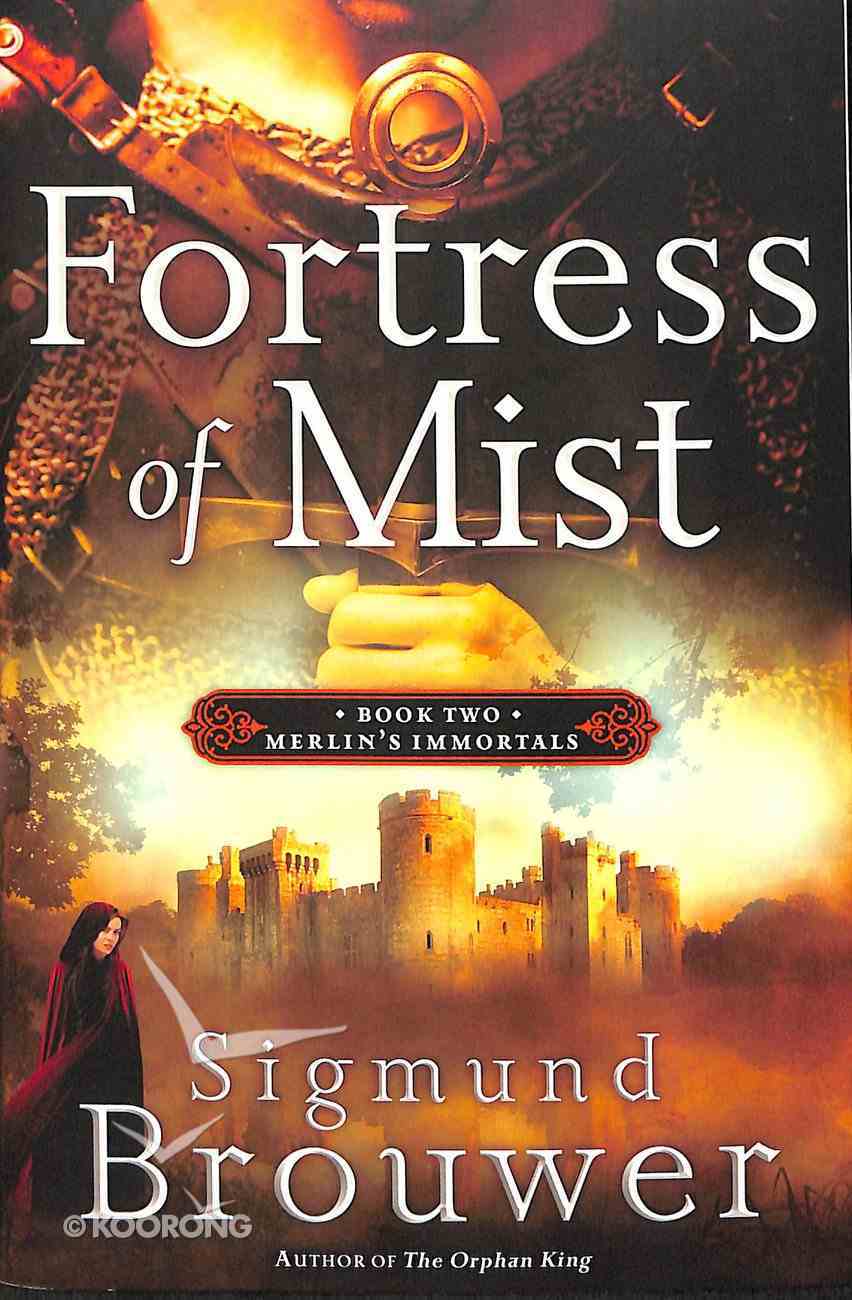 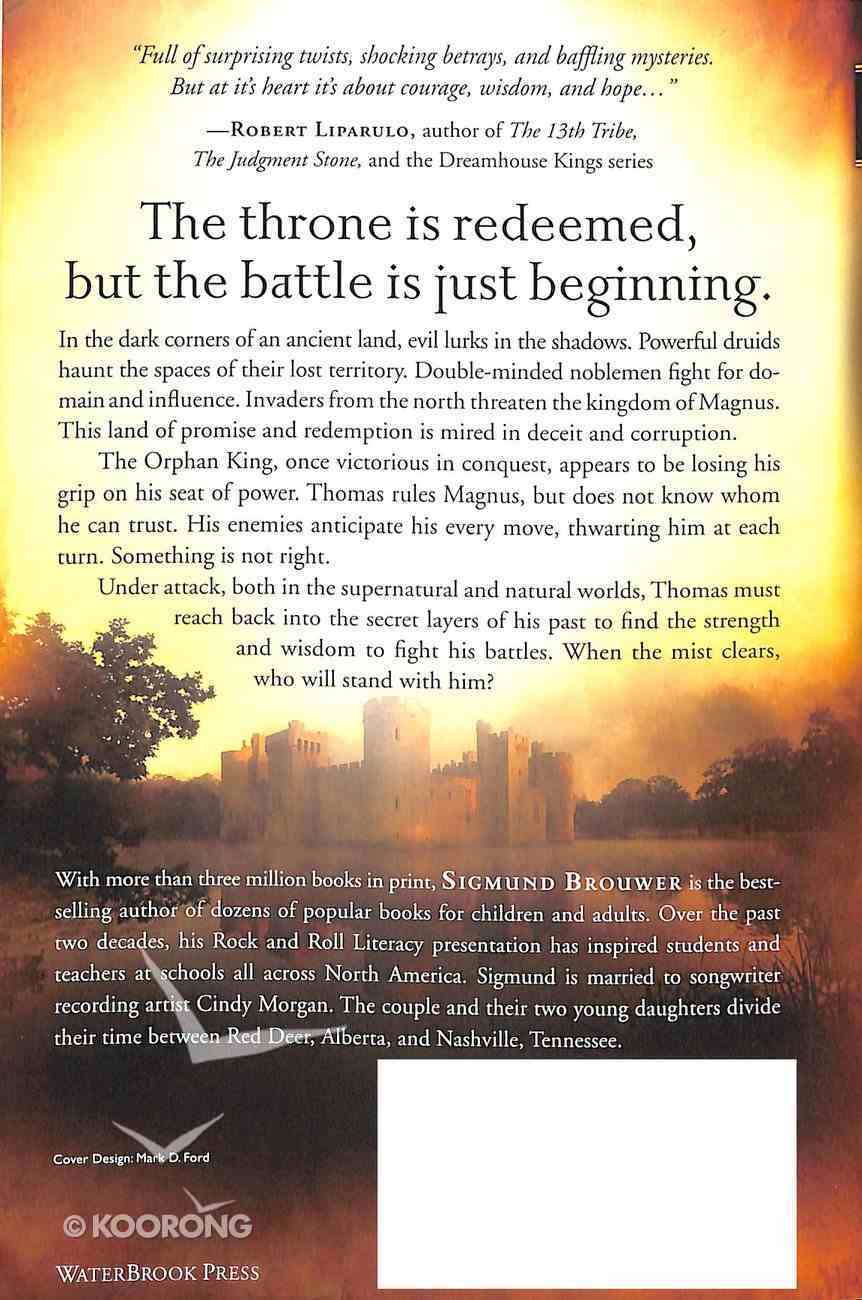 The throne is redeemed, but the battle is just beginning.             In the dark corners of an ancient land, evil lurks in the shadows. Powerful druids haunt the spaces of their lost territory. Double-minded noblemen fight for domain and influence....

3 Available
Expected to ship on Monday from Australia.
Learn More
Free Shipping
for orders over $99.

The throne is redeemed, but the battle is just beginning.

In the dark corners of an ancient land, evil lurks in the shadows. Powerful druids haunt the spaces of their lost territory. Double-minded noblemen fight for domain and influence. Invaders from the north threaten the kingdom of Magnus. This land of promise and redemption is mired in deceit and corruption.

The Orphan King, once victorious in conquest, appears to be losing his grip on his seat of power. Thomas rules Magnus, but does not know who he can trust. His enemies are anticipating his every move, thwarting him at each turn. Something is not right.

Under attack, both in the supernatural and natural worlds, Thomas must reach back into the secret layers of his past to find the strength and wisdom to fight his battles. When the mist clears, who will stand with him?
-Publisher

Thomas woke to a kiss on the forehead from a woman he once believed he had loved, a woman who had betrayed and spied upon him, a woman he had watched die.

But now, in the light of the single candle she held, she looked down upon him and smiled.

“Thomas,” she whispered. “Thomas, I have returned.” He tried to rub his face, but it felt as though his arms were pressed against his side. And because movement seemed nearly impossible, he told himself that he was still in the dream he’d been having before she kissed him.

In the dream, he’d been standing upon the same crest where he had seen the kingdom of Magnus for the first time.

At that initial sighting, the island in the center of the lake that protected Magnus had been placid, reflecting the sheep- and cattle-dotted hills that surrounded it. Then, the high stone walls that ringed the island and protected those inside had cast shadow onto the narrow drawbridge that made a full attack impossible.

In his dream, this was not how Magnus had appeared. In his dream, it had looked as it did on some of the mornings when Thomas would climb to a high point and wait for the sun to break over the opposite side of the valley, watching shrouds of gray swirl upward from the water to hide the walls, so that the castle appeared to be a fortress of mist.

In his dream, he felt the same undefinable loneliness of yearning that drove him to sit in solitude and wait for the sun to burn away the mist and reveal the unmistakable reality of stone and iron that Thomas had conquered. In his dream, he still knew the truth: Sarah, his mother and the one who taught him of his destiny, had died. William, the knight who’d become a friend and mentor, was gone. Katherine, the first person in Magnus he could trust, had disappeared. In his dream, he felt as he did in  waking—that the victorious joy he felt as the rightful heir of his reclaimed kingdom had dissolved into the burdens of duty, no differently than the mists evaporated in sunlight.

In his dream, he’d heard a voice from the mist calling his name, until the softness of lips against his forehead had pulled him from the mists and brought him the  realization that it was Isabelle.

“Thomas,” she whispered. “Thomas, I have returned.”

More awake now, Thomas told himself to reach under his pillow for the dagger he kept there as protection. While soldiers guarded the only door into his bedchamber, high up in the castle, Magnus still contained too much mystery. Trust, he had early decided, was a dangerous luxury, and he always slept with a weapon nearby.

With great effort, he pulled his arms away from his body, yet it felt as if his hands were moving through warm tar. He let out a deep breath and tried to sit, but could move no further. His silk sleeping gown rustled softly as he tried to move, but it felt like a giant hand held him in place, squeezing him at the waist. What was happening to him? Could it be that he still dreamed, but dreamed that he was awake?

“Thomas,” Isabelle said, her voice too clear, too urgent, to be the work of his sleeping mind. “I offer no harm. We must speak.”

Shadows of the candle flickered across her face.

Impossible. He had seen the blow that had crushed her skull.