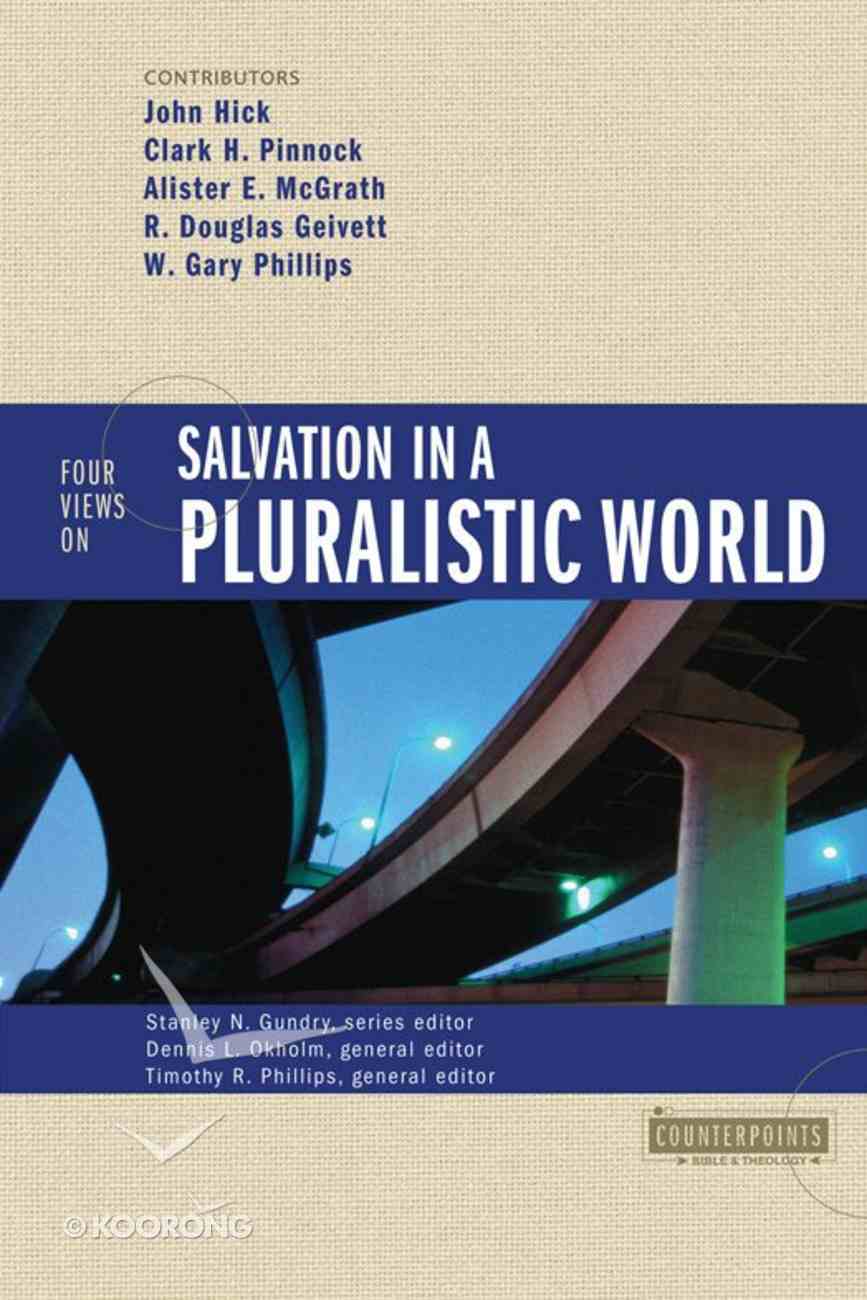 Four Views on Salvation in a Pluralistic World (Counterpoints Series)

Religious pluralism is the greatest challenge facing Christianity in today's Western culture. The belief that Christ is the only way to God is being challenged, and increasingly Christianity is seen as just one among many valid paths to God. ...

Enriching Our Vision of Reality: Theology and the Natural Sciences in Dialogue
Alister E McGrath
Paperback

Religious pluralism is the greatest challenge facing Christianity in today's Western culture. The belief that Christ is the only way to God is being challenged, and increasingly Christianity is seen as just one among many valid paths to God.


In Four Views on Salvation in a Pluralistic World, four perspectives are presented by their major proponents:

Normative Pluralism: All ethical religions lead to God (John Hick) Inclusivism: Salvation is universally available, but is established by and leads to Christ (Clark Pinnock) Salvation in Christ: Agnosticism regarding those who haven't heard the gospel (Alister McGrath) Salvation in Christ Alone: Salvation depends on explicit personal faith in Jesus Christ alone (R. Douglas Geivett and W. Gary Phillips)
This book allows each contributor to not only present the case for his view, but also to critique and respond to the critiques of the other contributors.


The Counterpoints series presents a comparison and critique of scholarly views on topics important to Christians that are both fair-minded and respectful of the biblical text. Each volume is a one-stop reference that allows readers to evaluate the different positions on a specific issue and form their own, educated opinion.

John Hick is a Fellow of the Institute for Advanced Research in Arts and Social Sciences at the University of Birmingham in the United Kingdom. He has taught philosophy of religion at Cornell University, Princeton Theological Seminary, and the Claremont Graduate University in California, as well as Cambridge and Birmingham Universities in the United Kingdom. He is the author of sixteen and editor of nine books, and his writings have been translated into sixteen languages. He gave the Gifford Lectures in 1986-87 and received the Grawemeyer Award for significant new thinking in religion in 1991.

Clark H. Pinnock (Ph.D., University of Manchester) is professor emeritus of systematic theology at McMaster Divinity College in Hamilton, Ontario, and has written or edited twenty books, including Most Moved Mover, More Than One Way, The Openness of God, Flame of Love: A Theology of the Holy Spirit and The Scripture Principle. He is one of the main proponents of the Open Theism and Free-will Theism movements.