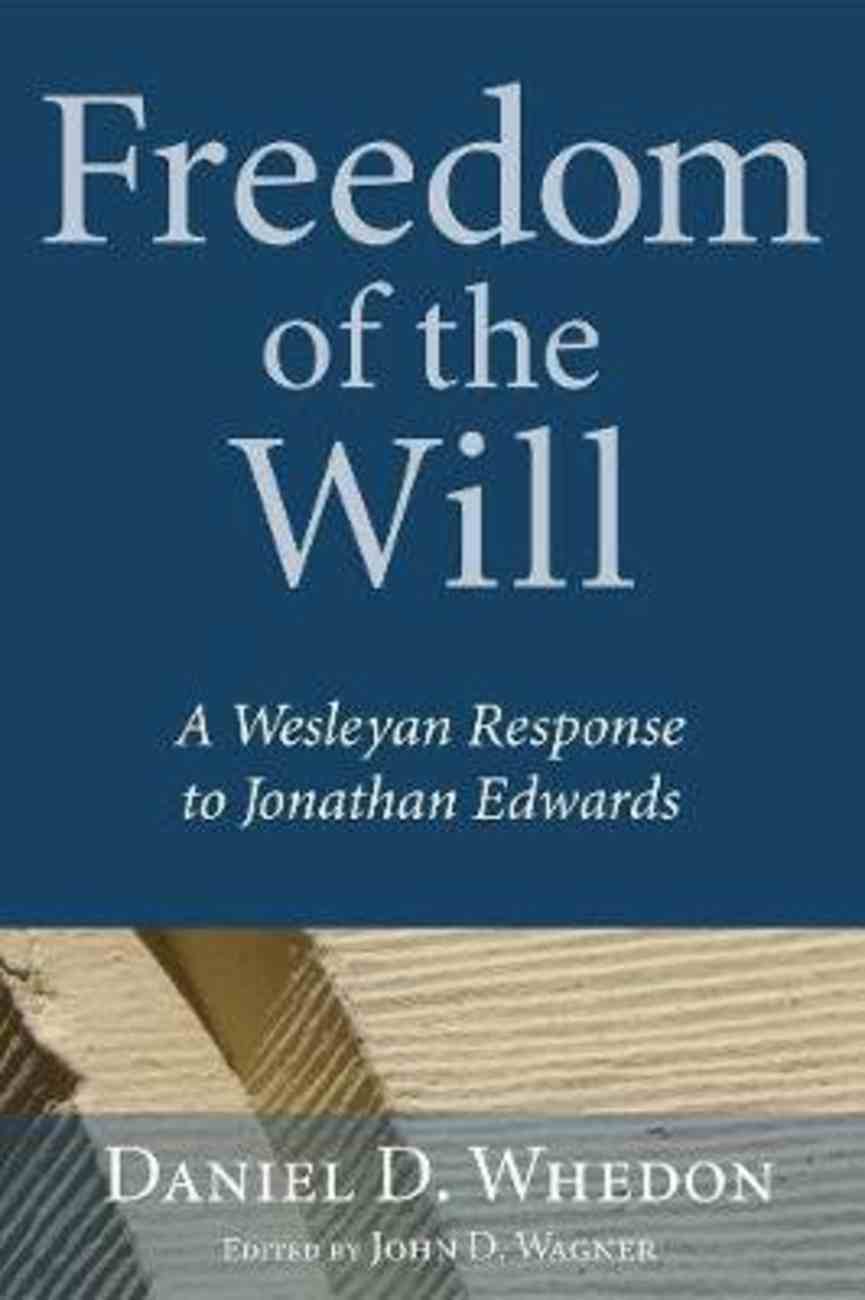 Freedom of the Will: A Wesleyan Response to Jonathan Edwards

Description: Is the human will in bondage to sinful motives, to the point that people cannot make truly free decisions? Daniel D. Whedon, a prominent nineteenth-century Wesleyan theologian, takes aim at this central thesis of the famed theologian Jonathan Edwards....

Everyday Glory: The Revelation of God in All of Reality
Gerald R McDermott
Paperback

Description: Is the human will in bondage to sinful motives, to the point that people cannot make truly free decisions? Daniel D. Whedon, a prominent nineteenth-century Wesleyan theologian, takes aim at this central thesis of the famed theologian Jonathan Edwards. In this new edition of his widely admired 1864 work, Whedon offers a step-by-step examination of Edwards's positions and finds them lacking in Biblical and logical support. Within his position against Edwards, he argues that the difference between natural ability and moral ability is meaningless, that Edwards's deterministic ""necessitarian"" argument makes God the author of sin, and that people frequently act against their strongest motives. He concludes that, without a free will, ""there can be no justice, no satisfying the moral sense, no moral Government of which the creature can be the rightful subject, and no God the righteous administrator."" About the Contributor(s): Daniel D. Whedon (1808-1885) was a prominent university professor, theologian, and author. He served as Professor of Ancient Languages at Wesleyan University in Connecticut; as Professor of Rhetoric at the University of Michigan; and as editor of the Methodist Quarterly Review from 1856 to1884. He authored numerous books including Commentary on the New Testament (New York: Carlton & Porter, 1860); Commentary on the Old Testament (New York: Nelson & Phillips, 1873); What is Arminianism? (Toronto: W. Briggs, 1879); and Essays, Reviews, and Discourses (New York: Phillips & Hunt, 1887) About the Editor: John D. Wagner, a Biblical Studies student at Trinity Theological Seminary, is the editor of Redemption Redeemed: A Puritan Defense of Unlimited Atonement by John Goodwin. He has a master's degree in Journalism from University of Arizona and has studied and debated the Calvinism vs. Arminianism controversy for many years.
-Publisher