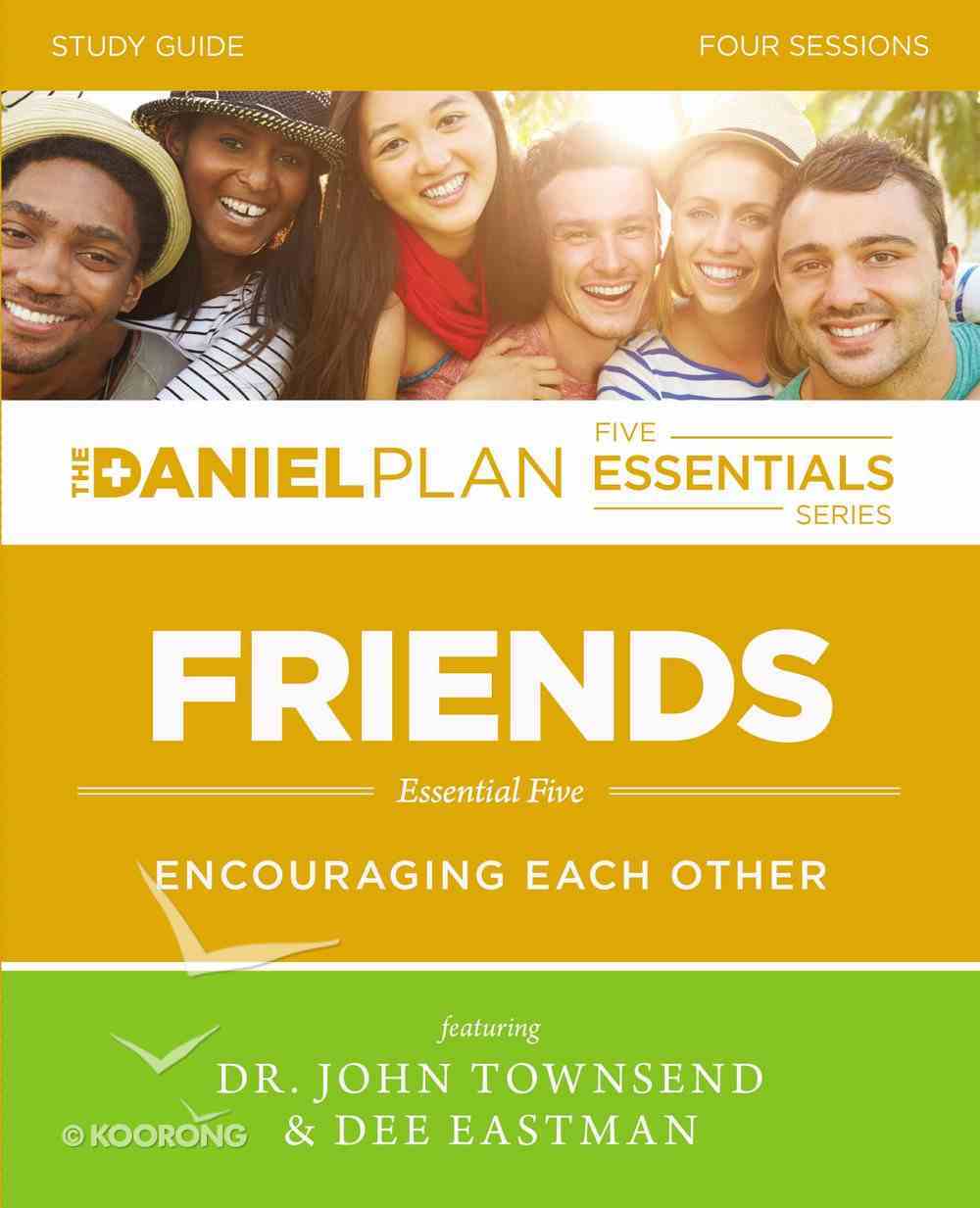 : In this four-session video-based Bible study, The Daniel Plan team explores both the spiritual and the health benefits of following a healthy lifestyle by focusing on the fifth and final essential of The Daniel Plan: Friends. The sessions...

What on Earth Am I Here For? (Study Guide) (The Purpose Driven Life Series)
Rick Warren
Paperback

:
In this four-session video-based Bible study, The Daniel Plan team explores both the spiritual and the health benefits of following a healthy lifestyle by focusing on the fifth and final essential of The Daniel Plan: Friends.

Community as the Power to Change Building Authentic Relationships Resolving Conflict and the Power of Forgiveness Give It Away
Each session will highlight testimony from those who have incorporated The Daniel Plan into their everyday lifestyle, plus tips on getting started and medically based information on maintaining a healthy lifestyle by following The Daniel Plan. Each of the other DVD/Study guides will focus on another essential: Faith, Food, Fitness, and Focus.