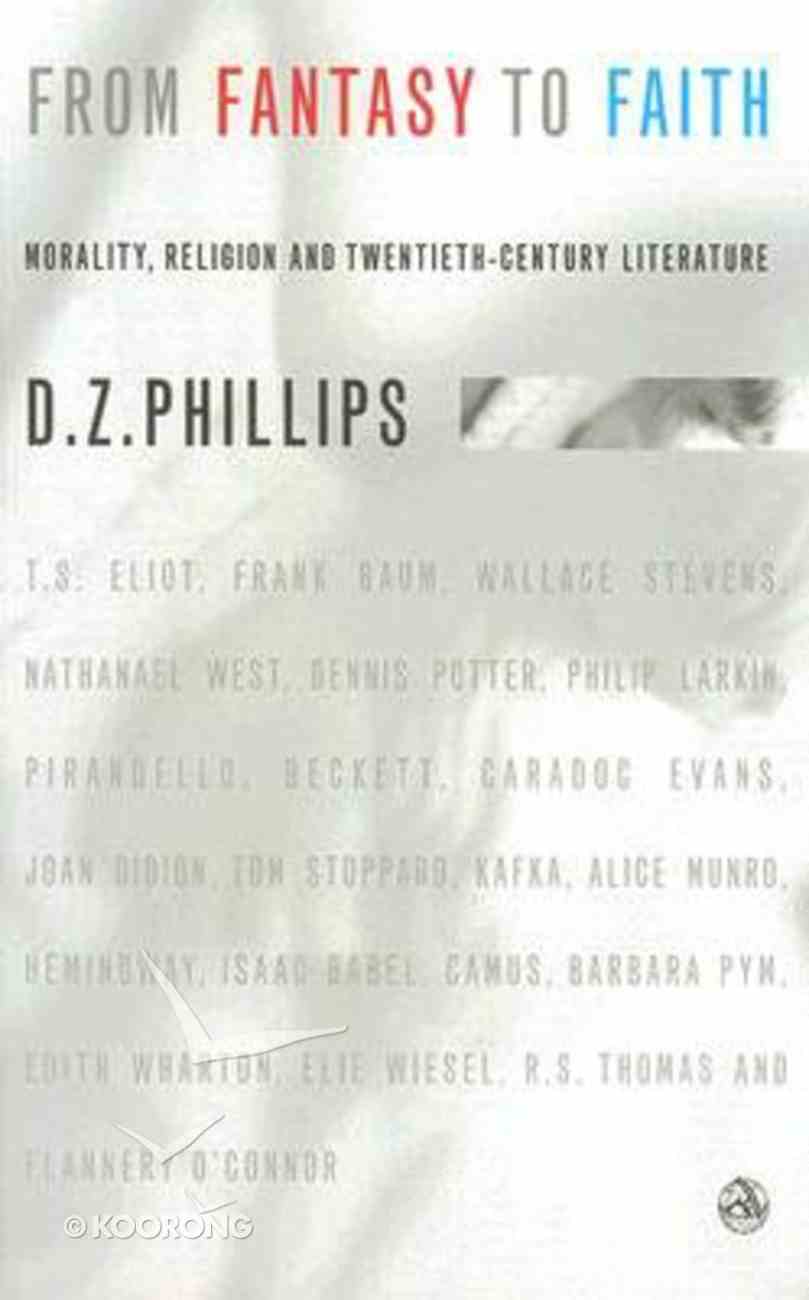 From Fantasy to Faith

This is a collection of essays by one of the worlds leading philosophers, inviting the reader on a journey of reflection about morality and religion with reference to twentieth-century literature. The journey is one concerned to distinguish between fantasy and...

How to Hear From God
Joyce Meyer
eAudio

Tired of Trying to Measure Up: Getting Free From the Demands, Expectations, and Intimidation of Well-Meaning Christians
Jeff Vanvonderen
Paperback

This is a collection of essays by one of the worlds leading philosophers, inviting the reader on a journey of reflection about morality and religion with reference to twentieth-century literature. The journey is one concerned to distinguish between fantasy and reality. Phillips, as a philosopher, believes that this struggle is often better expressed in literature than it is in contemporary moral philosophy or philosophy of religion. The range of writers Phillips engages with through the book is wide to say the least. Including T.S. Elliot, Frank Baum, Wallace Stevens, Nathanael West, Dennis Potter, Philip Larkin, Pirandello, Beckett, Carrodoc Evans, Joan Didion, Tom Stoppard, Kafka, Alice Munro, Hemingway, Isaac Babel, Camus, Barbara Pym, Edith Wharton, Elie Wiesel, R.S. Thomas and Flannery O'Connor, the voices of these writers, as Phillips refers to them, are those that have influenced his philosophy over the years. The book begins in part one by arguing the view that Western culture should by now have put aside the inherent childishness of religious belief. Then in part two Phillips discusses some moral alternatives to religion and in part three he argues the case that there are moral perspectives which are independent of religion and the final part four is a discussion of the possibilities of religious sense often ignored by religious critics.
-Publisher

Bela Szabados is Professor in the Department of Philosophy and Classics at the Univesity of Regina.