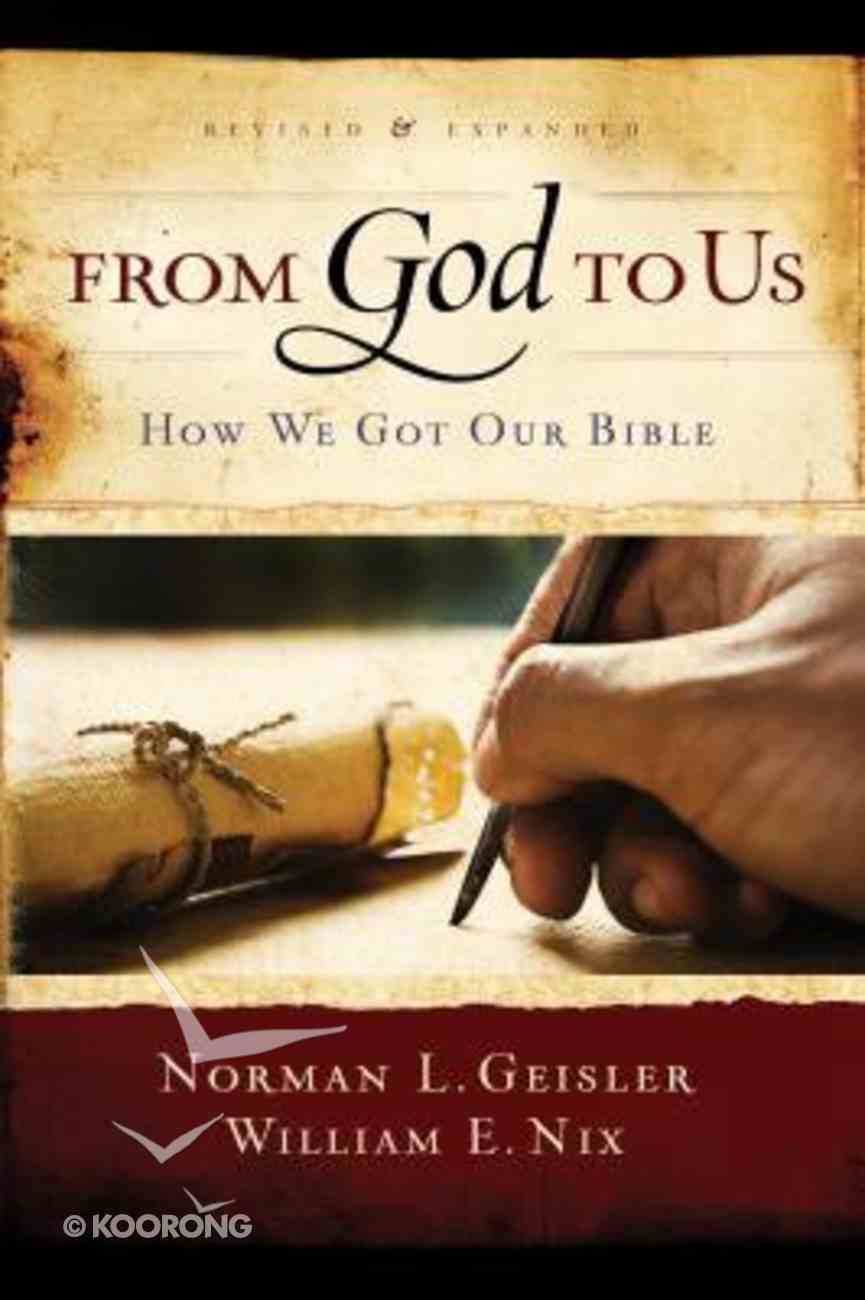 From God to Us

From God to Us
Norman L Geisler, William Nix
eBook

How to Study the Bible
John Macarthur
eBook

Where did the Bible come from? How do we know the right books are in the Bible? Does the Bible contain errors? What are the oldest copies we have of the Bible? How do we know that the Bible hasn't been changed over the years? Why are there so many translations of the Bible, and which one should I use? These are just some of the important questions about the Bible that are discussed in this book. Understanding basic facts about the origin of the Bible is essential for every Christian, but it can also be confusing and difficult. Here, two well-known scholars, authors of a more technical book, "A General Introduction to the Bible," explain simply and clearly these basic facts. Inspiration, the biblical canon, major manuscripts, textual criticism, early translations, and modern versions are some of the major topics discussed. Careful explanations of important points are given throughout, as the entire field of biblical introduction is covered.


Completely updated and revised edition of the 1974 work (more than 78,000 copies sold). Helpful charts have been added, along with an index of subjects, persons, and Scripture. This book is ideally suited for Bible students, pastors, and professors. While writing for readers without previous training, the authors do not gloss over difficult and complex issues when they arise. The nature of inspiration, the extent of the canon, and the usefulness of modern versions are all clearly discussed.

The Bible was written in multiple languages by dozens of authors whose lives spanned a period of more than fifteen hundred years. How did it all come together? Best-selling authors Norman Geisler and William Nix thoroughly answer this question and many more in this revised and expanded edition of a classic which has sold more than 78,000 copies. Helpful charts, photos, and indices have been added, rendering this book ideally suited for Bible students, pastors, and professors.

NORMAN GEISLER (Th.B., William Tyndale College; A.B., Wheaton College; M.A., Wheaton College Graduate School; Ph.D., Loyola University) is Distinguished Professor of Apologetics at Veritas Evangelical Seminary in Murrieta, California. Norman has been teaching Bible and related topics for over 50 years. He is the author or co-author of some 80 books, including "A General Introduction to the Bible, From God To Us: How We Got the Bible", and "A Popular Survey of the New Testament". He has also written hundreds of articles. He and his wife Barbara of 56 years have six children, fifteen grandchildr