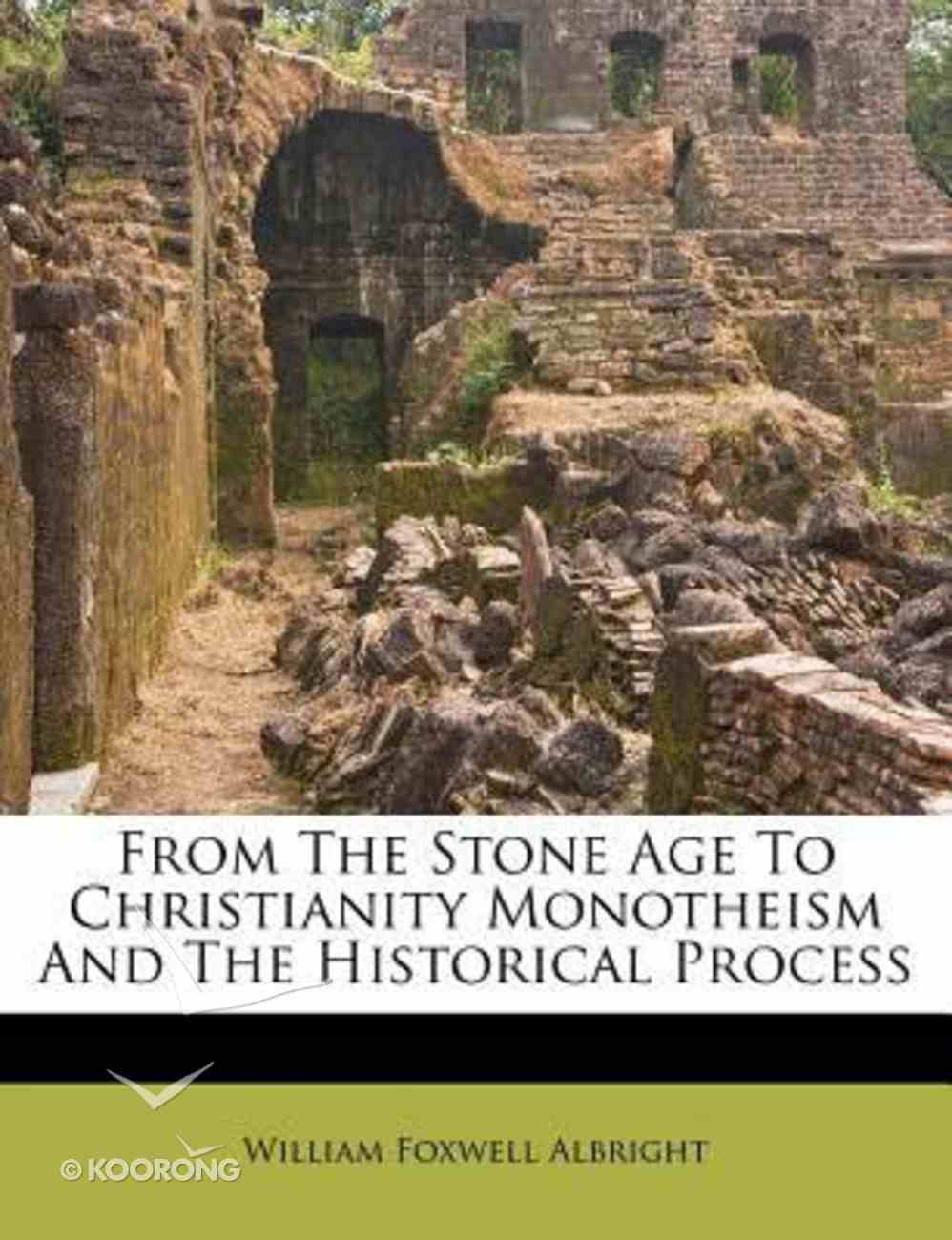 From the Stone Age to Christianity Monotheism and the Historical Process

This is a reproduction of a book published before 1923. This book may have occasional imperfections such as missing or blurred pages, poor pictures, errant marks, etc. that were either part of the original artifact, or were introduced by the...

This is a reproduction of a book published before 1923. This book may have occasional imperfections such as missing or blurred pages, poor pictures, errant marks, etc. that were either part of the original artifact, or were introduced by the scanning process. We believe this work is culturally important, and despite the imperfections, have elected to bring it back into print as part of our continuing commitment to the preservation of printed works worldwide. We appreciate your understanding of the imperfections in the preservation process, and hope you enjoy this valuable book.
-Publisher

Born in Coquimbo, Chile, William F. Albright, a preeminent orientalist, was the son of American missionary parents. By 1903 the family returned to the United States, where they would spend their next years in several small-town parsonages in the Midwest. At 16, as a student at the Senior Academy preparatory department of Upper Iowa University in Fayette, Iowa, the precocious Albright taught himself Hebrew, using his father's inductive grammar. After receiving his A.B. from Upper Iowa in 1912 and serving one year as a high school principal, Albright embarked on a graduate program in Semitic Studies at Johns Hopkins University. At Johns Hopkins, Albright came under the influence of the well-established German-trained orientalist, Paul Haupt. From him Albright learned to appreciate the role that Babylonian texts might play in solving biblical cruxes. Even so, he eventually came to distance himself from Haupt's radical biblical scholarship. Receiving his Ph.D. in 1916, Albright remained at Johns Hopkins until called into military service. His lengthy tenure in Palestine began in 1919, when he was invited to engage in postdoctoral research at the American School of Oriental Research in Jerusalem. From 1920 to 1929, and again from 1933 to 1936, he functioned as director of the school. Recognized for his remarkable linguistic talent and passion for ancient texts, Albright was designated W. W. Spence Professor of Semitic Languages at Johns Hopkins in 1929. His command of Assyriology, Egyptology, Northwest Semitic philology, and ancient Near Eastern history was phenomenal. For an entire generation, Albright's contributions to American biblical scholarship and Syro-Palestinian archaeology were legion. His academic breadth led to his elections as president of the American Oriental Society (1935) and the Society of Biblical Literature (1939). During his residency in Palestine, Albright became acquainted with its history, pottery, and customs, both ancient and modern. He experienced Palestine as the land of the Bible. Between 1926 and 1932, he directed four seasons of excavation at Tell Beit Mirsim in southern Judah. So fully did Albright master its pottery and stratigraphy that his ceramic chronology for the Bronze and Iron Ages (c.3500-600 B.C.) remains in use even today. Largely under Albright's tutelage, the first Jewish archaeologists in Palestine became active in the field. Thus, Albright helped to lay the foundations of the later "Israeli School" of archaeology. Albright was no fundamentalist, but he often reacted against the excesses of an earlier European-style literary criticism that discredited the Bible as a viable source of history. This gifted historian of religion was capable of perceiving sweeping vistas. His well-known volumes, The Archaeology of Palestine and From the Stone Age to Christianity, are two among many that effectively interpret the Bible in relation to its multifaceted environment.