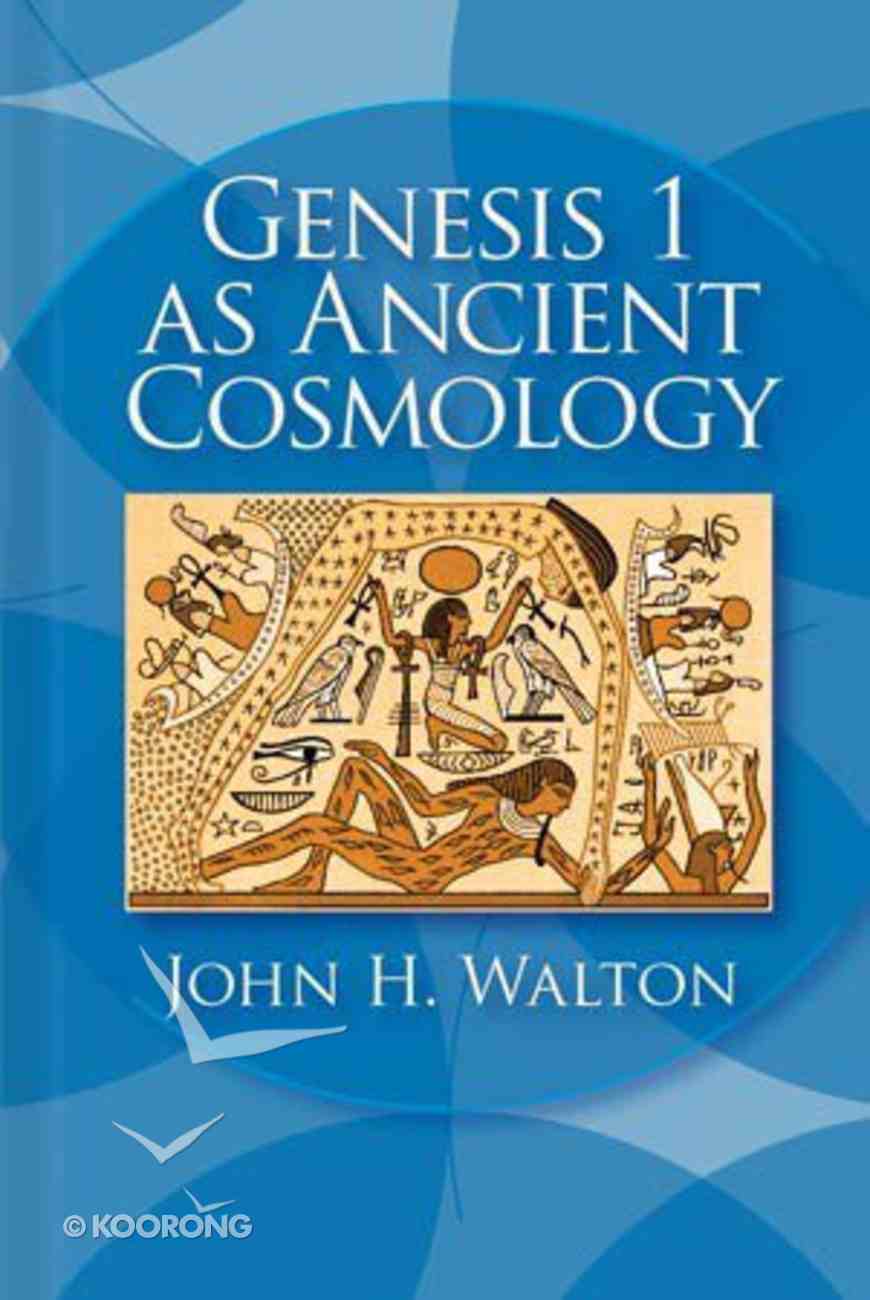 The ancient Near Eastern mode of thought is not at all intuitive to us moderns, but our understanding of ancient perspectives can only approach accuracy when we begin to penetrate ancient texts on their own terms rather than imposing our...

The ancient Near Eastern mode of thought is not at all intuitive to us moderns, but our understanding of ancient perspectives can only approach accuracy when we begin to penetrate ancient texts on their own terms rather than imposing our own world view. In this task, we are aided by the ever-growing corpus of literature that is being recovered and analyzed.After an introduction that presents some of the history of comparative studies and how it has been applied to the study of ancient texts in general and cosmology in particular, Walton focuses in the first half of this book on the ancient Near Eastern texts that inform our understanding about ancient ways of thinking about cosmology. Of primary interest are the texts that can help us discern the parameters of ancient perspectives on cosmic ontology--that is, how the writers perceived origins. Texts from across the ancient Near East are presented, including primarily Egyptian, Sumerian, and Akkadian texts, but occasionally also Ugaritic and Hittite, as appropriate. Walton's intention, first of all, is to understand the texts but also to demonstrate that a functional ontology pervaded the cognitive environment of the ancient Near East. This functional ontology involves more than just the idea that ordering the cosmos was the focus of the cosmological texts. He posits that, in the ancient world, bringing about order and functionality was the very essence of creative activity. He also pays close attention to the ancient ideology of temples to show the close connection between temples and the functioning cosmos.The second half of the book is devoted to a fresh analysis of Genesis 1:1-2:4. Walton offers studies of significant Hebrew terms and seeks to show that the Israelite texts evidence a functional ontology and a cosmology that is constructed with temple ideology in mind, as in the rest of the ancient Near East. He contends that Genesis 1 never was an account of material origins but that, as in the rest of the ancient world, the focus of "creation texts" was to order the cosmos by initiating functions for the components of the cosmos. He further contends that the cosmology of Genesis 1 is founded on the premise that the cosmos should be understood in temple terms. All of this is intended to demonstrate that, when we read Genesis 1 as the ancient document it is, rather than trying to read it in light of our own world view, the text comes to life in ways that help recover the energy it had in its original context. At the same time, it provides a new perspective on Genesis 1 in relation to what have long been controversial issues. Far from being a borrowed text, Genesis 1 offers a unique theology, even while it speaks from the platform of its contemporaneous cognitive environment.
-Publisher

A Biblical-Theological Introduction to the Old Testament
Hardback