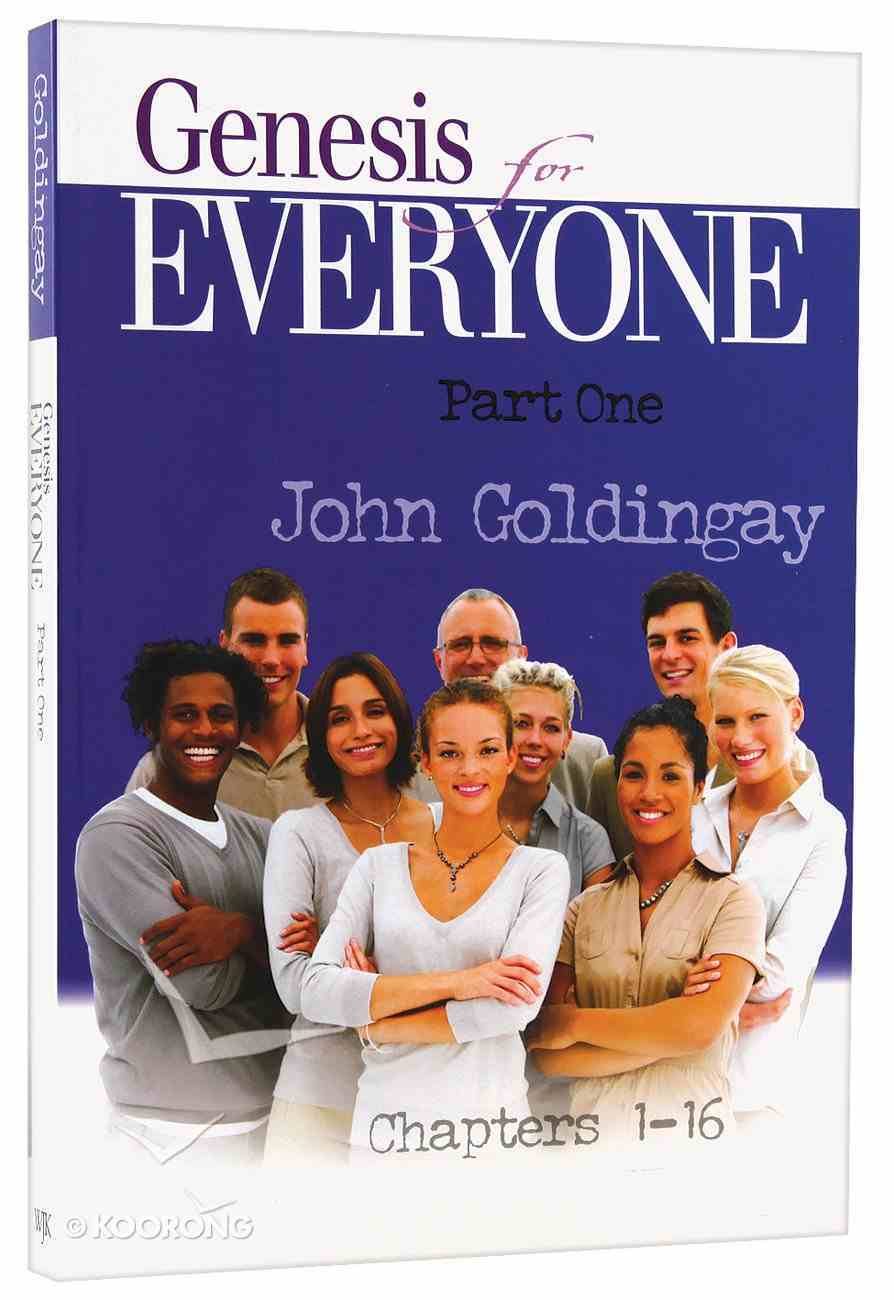 Available to order. Your order will be printed by our Melbourne Supplier. Not available In-Store
Expected to ship in 2 weeks from Australia.
Learn More
Free Shipping
for orders over $99.

Thru the Bible #01: Genesis (Volume 1) (#01 in Thru The Bible Old Testament Series)
J Vernon McGee
eBook

Following on the heels of the successful New Testament for Everyone commentaries by acclaimed scholar and author N. T. Wright, Westminster John Knox is pleased to announce the first volumes in the all new Old Testament for Everyone Bible commentary series. John Goldingay, an internationally respected Old Testament scholar,authors this ambitious series, treating every passage of Scripture from Genesis to Malachi, addressing the texts in such a way that even the most challenging passages are explained simply and concisely. Perfect for daily devotions, Sunday school prep, or brief visits with the Bible, the Old Testament for Everyone series is an excellent resource for the modern lay reader.


^^The book of Genesis is a lively read featuring familiar biblical tales such as the creation of the world, Adam and Eve and the forbidden fruit, Noah and the flood, Abraham and Isaac, Jacob and Joseph, the Tower of Babel, and Sodom and Gomorrah. While readers may know the facts of these stories, Goldingay's work will instill in them a deeper understanding of their spiritual and theological significance.


^^True to the For Everyone series' goal, Goldingay writes in a thoroughly accessible and engaging style with chapter titles such as "Friday Lunchtime," "Bigamy, Music, Technology, Murder," "Babylon becomes Babble-on," "Stuff Happens," and "Two Guys Who Need Their Heads Banged Together."^^

The stories and characters of Genesis are among the most widely known in Scripture, yet they are often misunderstood. In a lively, accessible style, John Goldingay delves beneath the surface of apparently familiar narratives and reveals their deeper theological significance. From Westminster John Knox Press
-Publisher