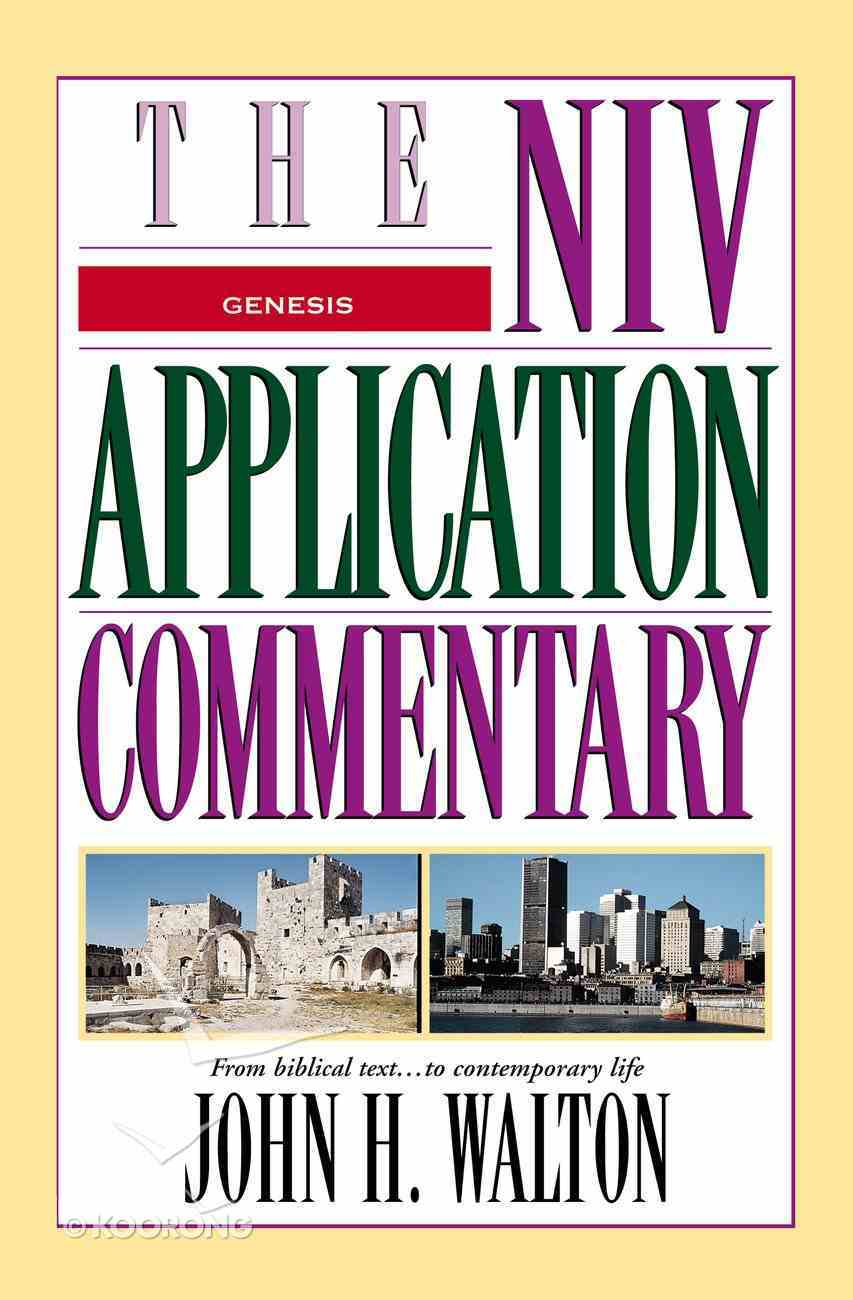 From the first verse of Genesis, we encounter a God of personality, character, purpose, and activity. Genesis sets things in order: God first, then us. With creativity and uncommon depth, John Walton demonstrates the timeless relevance of Genesis.

13 available
Expected to ship within 3 hours from Australia.
Learn More
Free Shipping
for orders over $99.

From the first verse of Genesis, we encounter a God of personality, character, purpose, and activity. Genesis sets things in order: God first, then us. With creativity and uncommon depth, John Walton demonstrates the timeless relevance of Genesis.

The Bible begins and ends with a revelation of God that gives redemption its basis. From the first verse of Genesis, the book of origins, we encounter a God of personality, character, purpose, and activity. Only in the light of what he shows us of himself as the Creator of our world and the Interactor with human history does the salvation story assume its proper context. Genesis sets things in order: God first, then us. In the words of the general editor's preface, "Especially after the Tower of Babel it became evident that people had forgotten who God was. They needed reminding. The moves God made were essentially concerned with putting himself in front of the world's peoples." Today, perhaps more than ever, we need God to put himself in front of us--to remind us who he is, and that he is.With characteristic creativity and uncommon depth, John H. Walton demonstrates the timeless relevance of Genesis. Revealing the links between Genesis and our own times, Dr. Walton shows how this mys
-Publisher

'God and Time. What is the significance of God as the creator of time? Time was a part of a cosmos that was judged as good; yet, because death is in the system, we often consider time an enemy. Even a casual glance at the birthday-card section at the local supermarket shows the recognition of the negative aspects connected with the relentless march of time. We mark the passing of personal time with mixtures of celebration and remorse. Celebration comes when we reach age sixteen and can drive, or when we reach twenty-one and can be considered full-fledged adults. Comedians joke about being perpetually thirty-nine, and during the 1960s the young generation was advised not to trust anyone over thirty. By the time we reach forty or fifty, the black balloons begin showing up. On a social level, each new year is observed as time ticks on, and the changeover of a millennium takes on epic proportions. Time passes whether we want it to or not, forming the parameters of our existence and taking its toll. On the other side of the ledger, each of us has probably had the sensation of being awakened from a deep sleep and experiencing on our grogginess the total disorientation that comes from not being able to identify the day or time. We find it difficult to carry on existence in the absence of time indicators. Prisoners in POW camps mark the days of their captivity in any way available to them so as not to lose some sense of orientation in time. If the conditions of imprisonment do not afford the ability to observe whether it is day or night, the delivery of meals can become a marker. We need to feel oriented in time. For good or ill, then, time is out reality. Ecclesiastes 3:1-8 explores this reality as it enumerates the 'times' of life. In the world that God had created 'under the sun,' we must learn to accept the good times and the bad times as coming from the hand of God, for even the bad times can enrich us as God's people (Eccl. 7:14). And although he has locked us in time for now, he has set eternity in our hearts....' 'The text often touches on, rather than teaches on, certain issues. These arise in our minds as we read the text, but we discover that the text offers no information about them. In that sense, they constitute digressions from the text. They should not be the focus of an expository sermon or Bible-study lesson in that they do not represent the focus of the text; nevertheless, they can offer opportunities for fruitful discussion concerning our theology or worldview. I will address these as 'break-out points: so as to distinguish them from the Contemporary Significance sections that seek to address issues that the text consciously addresses. These can be nothing more than my reflection, for the text of Genesis has nothing normative to say about them. For example, in this passage our thoughts could easily wander to the question of our stewardship of time. If time is one of the functions that God has set up in this world of ours, perhaps we should consider carefully the best ways to use our time. In the foreword of Neil Postman's book Amusing Ourselves to Death, he compares the apocalyptic visions of George Orwell (1984) to those of Aldous Huxley (Brave New World). One of the comparisons speaks to the issue at hand: 'In 1984... people are controlled by infliction pain. In Brave New World, they are controlled be inflicting pleasure. In short, Orwell feared that what we hate will ruin us. Huxley feared that what we love will ruin us.' Our time is filled with those things we love. In the process we can easily lose sight of important things such as service, accountability, and duty, which commend themselves as more responsible discharges of the valuable commodity of time. In his assessment of the role of television in American society, Postman notes that it has 'made entertainment itself the natural format for the representation of all experience.' This has inculcated in us an unquenchable lust to be entertained, and we are happy to contribute large proportions of out time to the quest. Postman's conclusion holds little optimism as it looks ahead to the fate we have chosen for ourselves. When a population becomes distracted by trivia, when cultural life is redefined as a perpetual round of entertainments, when serious public conversation becomes a form of baby-talk, when, in short, a people become an audience and their public business a vaudeville act, then a nation finds itself at risk; culture-death is a clear possibility....'

The Genesis Record: A Scientific and Devotional Commentary on the Book of Beginnings
Henry M Morris
Paperback